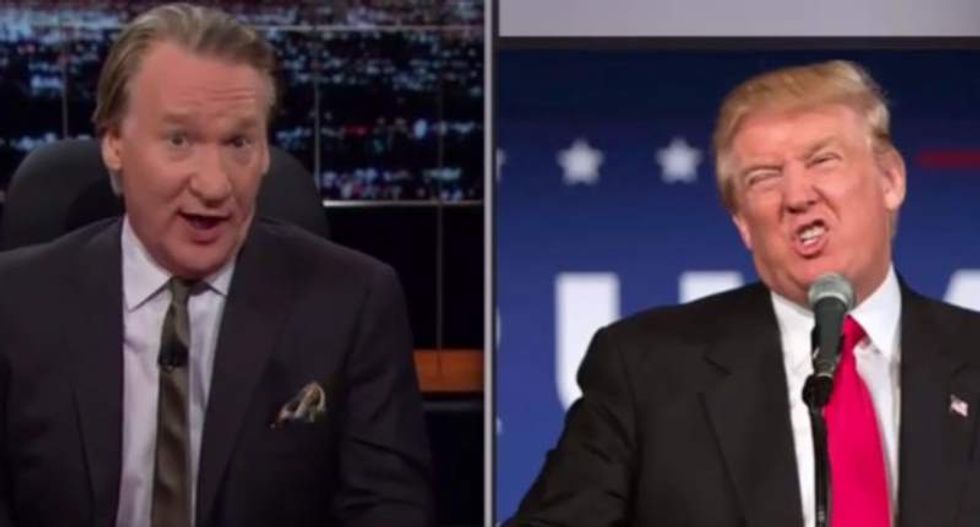 Political correctness may be out of control, Real Time host Bill Maher said on Friday, but conservatives can't use that as an excuse to blame liberals for Donald Trump.

"I've ridiculed [liberals] for everything from offensive Halloween costumes to Islamophobia; from the self-esteem movement to college campuses forgetting what free speech is," Maher said during his "New Rules" segment. "But none of that justifies embracing a dangerous buffoon simply because his lack of political correctness is cathartic. Trump is your problem. But somehow the 'party of personal responsibility' doesn't want to take responsibility for this one."

Maher pointed out an increase in op-eds arguing that Trump's rise to become the apparent GOP presidential nominee was fueled in part by liberal "smugness" alienating otherwise moderate voters.

"That is their thesis -- that Trump voters are perfectly nice if left alone, like raccoons," he observed. "They just want to eat garbage and crap in your hot tub."

In reality, he argued, conservatives just get upset whenever they're confronted with evidence that things like homosexuality, racism, or global warming are real.

"Here's the thing: you guys were wrong about all that," Maher said. "Really -- check the climate science. Check the dashboard camera on the police car. Check your pastor's Internet history."