Bill O'Reilly and Lou Dobbs cover for Trump: 'Jesus never put out his tax returns! Ever!' 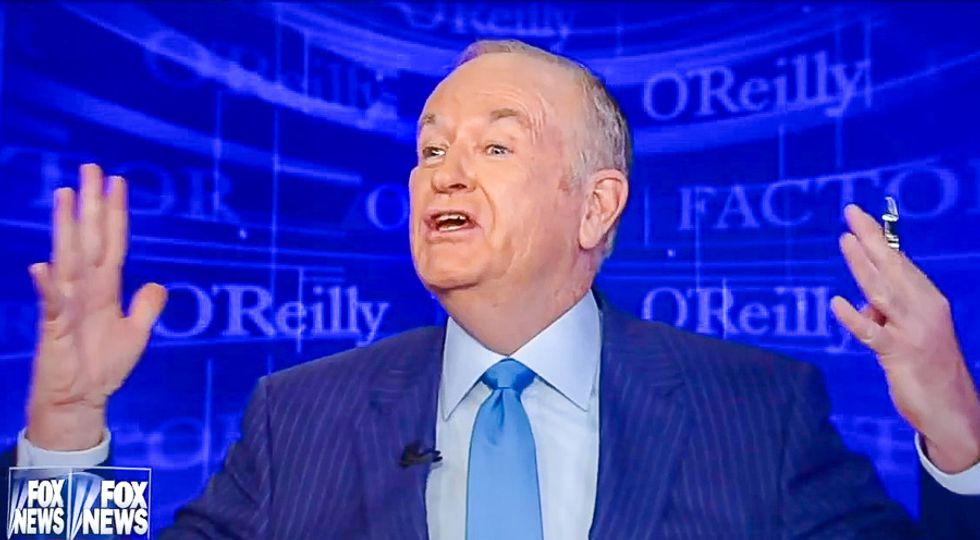 Fox News host Bill O'Reilly and Fox Business host Lou Dobbs responded to the news that Donald Trump was refusing to release his tax returns by likening the candidate to Jesus Christ.

On Wednesday, Trump backed away from a promise to release his tax returns before election day, arguing that he could not release the documents until a federal audit had been completed.

O'Reilly pointed out on his Wednesday television broadcast that the Internal Revenue Service does not prevent individuals from releasing their returns during an audit.

"Why should he turn over his tax returns when he's being audited?" Dobbs asked O'Reilly. "[H]e is facing a hostile national media that no matter how pristine those returns, it's going to find something to pick at and blow up. And then use it as some shiny object to distract from the issue."

O'Reilly countered that it would be a "good move" for Trump to release the returns because his honesty was being "questioned by partisans."

"After the first billion, I lose interest," Dobbs said dismissively.

"Is there anything that Trump has done or said so far in the campaign that you disapproved of?" O'Reilly pressed.

Dobbs, however, refused to answer "because you'd be just like the rest of those guys in the national media, you just focus on it."

"I'm asking you as an analyst," O'Reilly insisted. "You are not willing to say one thing."

"It would be so miniscule amongst the many things," Dobbs opined. "Why would you even be interested in such insignificant things?"

"If he is Jesus, how can you analyze him?" O'Reilly shouted.

"How can I analyze him?" Dobbs shot back. "Because I have a superior mind that competes at least fairly favorably with your own."

"Okay," O'Reilly sighed. "Let's just recap. According to Dobbs, Donald Trump is Jesus. And Jesus never put out his tax returns! Ever!"

"That's a line that I can actually agree with," Dobbs concluded.