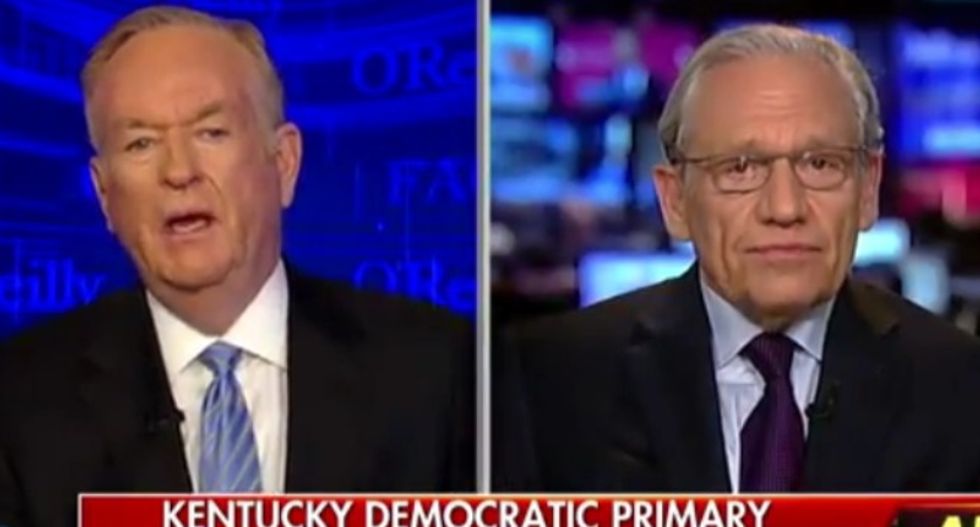 "If I'm an editor and I know there is a feminist woman in my newsroom, who is brilliant because I think this woman is an excellent reporter, I don't let her report on a guy like Trump because Trump is the antithesis of that," O'Reilly argued. "And so I don't want any margin of error here, there are plenty of reporters who can do the story. Do you not see that?"

"Yeah, look, I really disagree," Woodward replied. "There are feminists on the left and the right as you know, and somebody can put their personal feelings and conclusions in their back pocket and keep them there."

O'Reilly argued that the New York Times had erred in allowing Megan Twohey and Michael Barbaro report on Trump's history of inappropriate remarks toward women.

"Well, of course. That doesn't condemn somebody and say they can't report on X or Y. Somebody is a conservative or a liberal, that doesn't mean they can't report," Woodward responded. "As we learn over the decades, the best reporters may have feelings and personal conclusions, and they can edit those and filter those things out."

"Maybe so, but there were a lot of charged words in that article," O'Reilly insisted.

Watch the exchange, as posted by Media Matters on Tuesday, below.