BUSTED: Pastor admits he was lying about Whole Foods cake with anti-gay slur 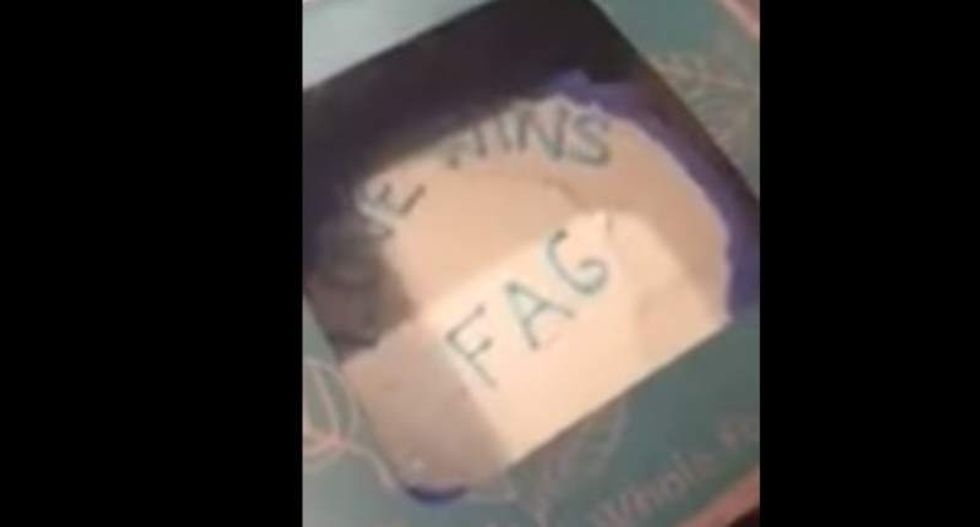 Jordan Brown displays a copy of the cake he received at an Austin Whole Foods store bearing an anti-gay slur. (YouTube)

Monday, Pastor Jordan Brown admitted to faking an incident in which he accused a Whole Foods store of adding an anti-gay slur to his cake order, the Austin American-Statesman reports.

Last month, Raw Story reported the news piece about a gay pastor who bought a cake at an Austin, Texas Whole Foods that read "loves wins," but he received a cake that also said "f*g" below it. Whole Foods was quick to file a counter-suit against the man saying that the cake decorator did not write the anti-gay slur on the cake.

“The company did nothing wrong,” Brown said. “I was wrong to pursue this matter and use the media to perpetuate this story.”

Brown also issued several apologies, saying, in part, “I want to apologize to Whole Foods and its team members for questioning the company’s commitment to its values."

Whole Foods released a statement saying that the company would also end their counter-suit against the pastor and that they are “very pleased that the truth has come to light.”

“Given Mr. Brown’s apology and public admission that his story was a complete fabrication, we see no reason to move forward with our counter suit to defend the integrity of our brand and team members,” the company said.