Cannibalism at Cannes: why eating humans holds us in thrall 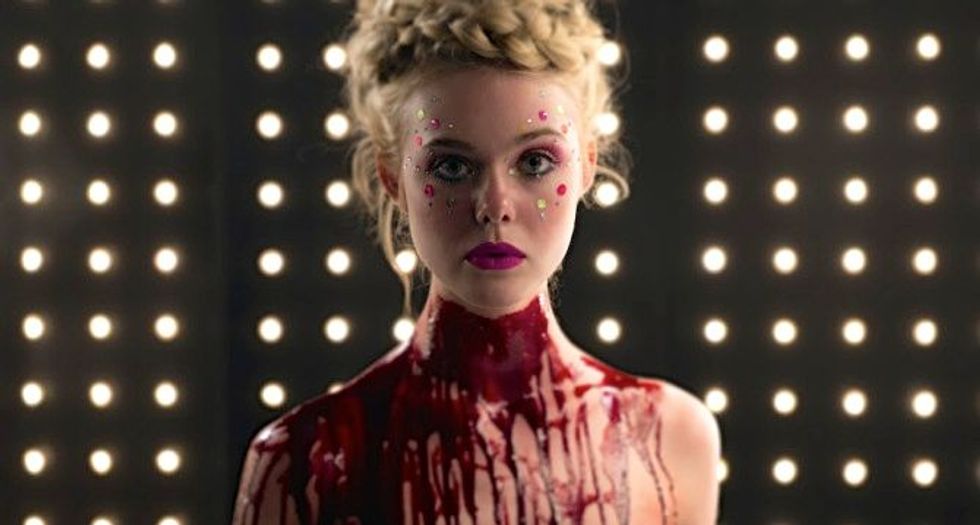 One of the more unexpected themes to emerge from the year’s Cannes film festival was cannibalism. One film, Nicolas Winding Regn’s The Neon Demon, is about an aspiring model who falls into a world of cannibalism and lesbian necrophilia. Julia Ducournau’s Raw, meanwhile, is a cannibal movie set in a French veterinary college. With no less than five films featuring flesh-eating, the “cannibalism concept” is certainly getting some attention this year.

Variously understood as a taboo, a pathological fixation, an anthropological anomaly and, of course, a crime, cannibalism (also known as anthropophagy) is undoubtedly an extreme act of social deviance. So should we be shocked by the number of film-makers choosing to flirt with the pop culture cannibal?

The short answer is no. Film-makers at Cannes are simply joining a very long tradition of creating (and enjoying) the dangerously alluring figure of the cannibal. And this tradition has long undermined the taboo status of cannibalistic practice.

Almost all the dominant forms of entertainment literature in Western culture have played with cannibals in some form or another. Classical drama, medieval romance, Jacobean theatre, novels, comic books and television all contain examples of cannibalism, treated more or less seriously depending on the text.

These popular anthropophages often appear in sharp contradiction to social and psychological commentary on deviant behaviour and taboo. For instance, the 1927 publication of Sigmund Freud’s The Future of an Illusion, a work that discussed the primal, instinctual urges (including murder and cannibalism) that must be restrained in order for society to function, was bookended on either side by two film adaptations of Sweeney Todd (1926 and 1928), the perennially popular story of a murderous barber and a pie shop that uses very special meat.

This awkward juxtaposition of Freud and Todd reveals a somewhat uncomfortable truth. While we know (on an intellectual and psychological level) that eating people is wrong, popular culture persists in making it fun.

That’s not to say that cannibalism isn’t the stuff of horror. As with a number of offerings at Cannes this year, numerous writers, artists and film-makers over the centuries have dwelt on the deeply shocking potential of (particularly unintentional) anthropophagy. Shakespeare’s Titus Andronicus has a father unknowingly consume his own sons, for instance, and the 2011 German film Urban Explorer has a truly horrible moment of realisation for one of its hapless protagonists. Used metaphorically or satirically, cannibalism can also reveal disturbing socio-political truths about capitalism, consumption, class and control.

And yet through the horror, audiences persist in taking a perverse and fascinated pleasure in people eating people.

One of popular culture’s weirder figures is that cannibalistic anti-hero, a figure that has a long history. Perhaps one of the earliest examples of the charismatic cannibal is Richard I (aka Richard the Lionheart) – or, at least, the version of Richard that appears in the 14th-century Middle English romance Richard Coeur de Lion.

This romance includes an episode set during the siege of Acre (during the Third Crusade), in which Richard falls ill and is fed the flesh of a dead Saracen to aid his recovery. While this story is filled with – to modern readers, at least – some seriously shocking elements, it is also notable for the way the king gleefully revels in his transgressive cuisine and invites his men to join him in partaking of the dish.

A few centuries later, popular culture served up another iconic cannibal in the form of Hannibal Lecter. An imprisoned serial killer who taunts FBI agent Clarice Starling, murders his guards and wears the face of a dead man as a mask, Lecter should be a figure of abject horror.

And yet, he has become an unlikely anti-hero, with fans turning his menacing dialogue into a series of catchphrases to be jokingly repeated whenever farva beans are on the menu. In 2013, the NBC television show Hannibal introduced audiences to a new incarnation of Lecter – this time played by Mads Mikkelsen – and viewers responded with a raft of fan (and slash) fiction that testifies to the character’s inappropriate allure.

Understanding the “glee” taken in stories of cannibalism (whether it’s the medieval Richard Coeur de Lion, The Neon Demon, or the many texts in between), allows us to begin to understand the allure of pop culture cannibal. It’s interesting to consider just how many of these stories are meant to make us laugh.

One of the most memorable examples of this century is the South Park season five episode, Scott Tenorman Must Die. In this episode of the politically incorrect animation, Eric Cartman (an obnoxious elementary school student) tricks an older boy – the eponymous Scott Tenorman – into eating his own parents. But South Park is a comedy: the revelation of Scott’s accidental cannibalism is actually the punchline to the episode. Cartman’s gleeful enjoyment of his revenge is absurd, grotesque and excessive – and the audience is completely complicit in this.

Perhaps it is this sense of the absurd that comes closest to explaining our love of the pop culture cannibal. For Western audiences, (mostly) far removed in time and culture from real acts of criminal, ritual and survival cannibalism, the taboo becomes a titillation, an alluring naughtiness, a perverse joke, and a really great story. I, certainly, look forward to the general release of the Cannes cannibals with particular relish.