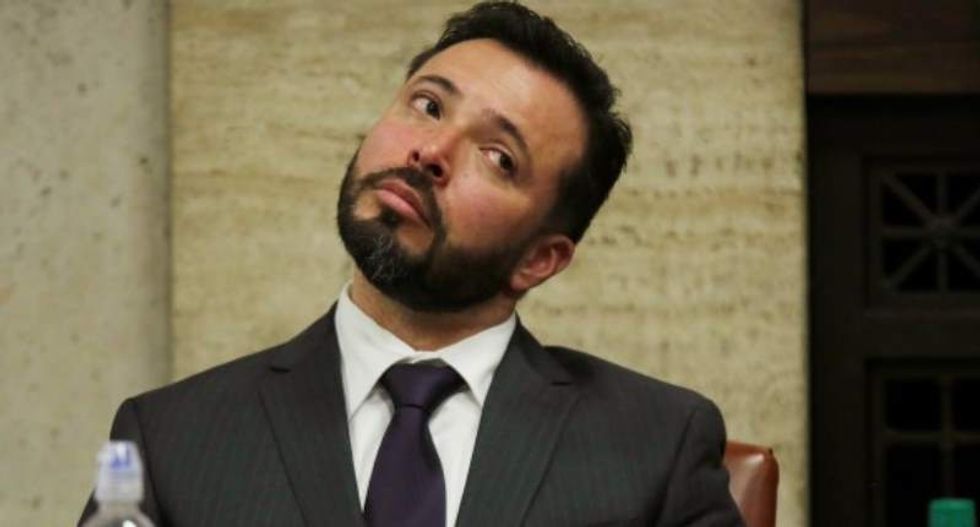 The Chicago police officer who killed a 22-year-old black woman in an off-duty shooting in 2012 resigned on Tuesday, two days before a hearing was set to begin on whether he should be fired over the incident, officials said.

Chicago's Police Board, which had scheduled the hearing, said that Detective Dante Servin had resigned and it was canceling the evidentiary hearing as a result.

Servin's attorney, Jennifer Blagg, said her client resigned because he realized his termination was a "foregone conclusion" and he wanted to put the matter behind him.

"Neither the media nor any elected official has expressed any interest in the truth about what actually happened," she said in a statement. "Detective Servin was prosecuted for a crime based on false facts."

Servin, the first Chicago police officer in more than 15 years to be charged in a fatal shooting, was found not guilty of involuntary manslaughter in April 2015 in the death of Rekia Boyd. A Cook County judge said Servin's actions were intentional and thus did not fit the charges brought by the state's attorney.

Prosecutors said at the time that Servin was in his car when he shot Boyd with an unregistered semiautomatic handgun after an argument with a group of young people in an alley. She died the next day. Servin's attorneys had argued the officer believed his life was in danger from another man in the crowd.

Servin's case came at a time of national debate over the use of lethal force by police officers, especially against minorities. Servin is Hispanic.

According to local media, then Chicago Police Superintendent Garry McCarthy announced in November his decision to fire Servin just a day before Chicago Police Officer Jason Van Dyke was charged with first-degree murder in the on-duty shooting death of black teenager Laquan McDonald.

Video of McDonald's shooting was released in November, touching off protests and the firing of McCarthy.

Also on Tuesday, another Chicago police officer, Clauzell Gause, 40, was charged with felony official misconduct after a surveillance camera caught him striking a handcuffed detainee in an observation room at a city hospital two years ago, Cook County prosecutors said.

The detainee had been involuntarily committed for a mental health evaluation and earlier had struck Gause with a closed fist while being treated, prosecutors said.

Gause appeared in Cook County Court, where he was released on personal recognizance, prosecutors said.

Gause's attorney, William Fahy, could not be reached for comment.

Chicago police said in a statement that Gause was suspended in June 2014 and stripped of his police powers pending the outcome of his case.

(Reporting by Ben Klayman in Detroit; editing by Alan Crosby and Cynthia Osterman)