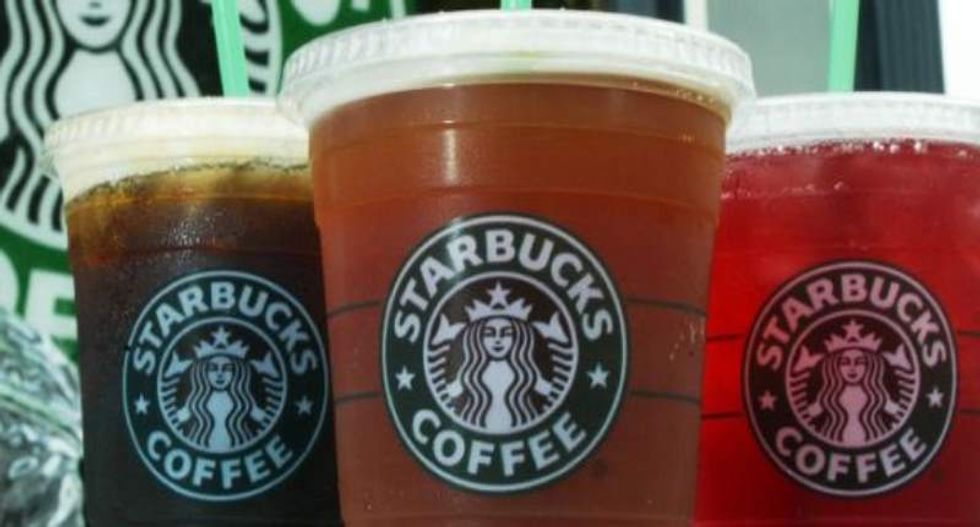 A Chicago woman is suing Starbucks for more than $5 million, claiming the coffee giant is underfilling its popular hand-blended iced coffee, tea and other drinks, making customers overpay for beverages.

In a lawsuit seeking a jury trial and class action status, alleging false advertising and consumer fraud, Stacy Pincus accuses the world's biggest coffee retailer of serving its customers "much less than advertised -- often nearly half as many fluid ounces."

"As a result of this practice, Starbucks's cold drinks contain significantly less product than advertised, by design and corporate practice and procedure," the suit filed last week says.

Starbucks baristas typically fill cold-drink plastic cups to the top black line printed on the cups and the rest with ice.

Pincus says that since April 2006, she and millions of other Starbucks customers have been defrauded because Venti cup customers get only 14 ounces (0.4 liters) of beverage -- the amount of liquid obtained when filling cups to the top line -- even though menus state a 24-ounce total.

"Starbucks includes these three black lines on its cold drink cups to ensure that its employees fill these cups with less fluid ounces than are advertised on Starbucks's menu for a given cold drink," the lawsuit says.

"In fact, Starbucks instructs its employees to provide its customers with fewer fluid ounces than advertised."

Pincus is also challenging Starbucks's pricing, saying it charges more for cold drinks than hot ones.

"Essentially, Starbucks is not only underfilling its cold drinks compared to how they are advertised, but it is charging a premium price for them as well," the filing reads.

"Starbucks's cold drinks are underfilled to make more money and higher profits, to the detriment of consumers who are misled by Starbucks's intentionally misleading advertising practices."

Starbucks dismissed the lawsuit as "frivolous and without merit."

"Our customers understand and expect that ice is an essential component of any 'iced' beverage," the coffee giant said in a statement.

"If a customer is not satisfied with their beverage preparation, we will gladly remake it."

Starbucks, which boasts more than 23,000 stores worldwide, reported $19.2 billion in net revenue during fiscal 2015, a 16.5 percent increase from the previous year.

Beverages accounted for 73 percent of sales in the company's stores last year.