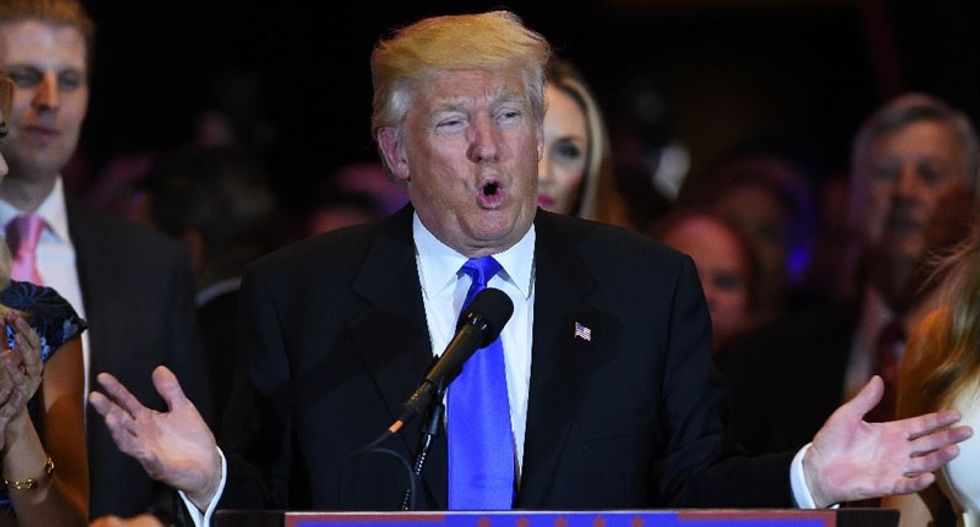 In the run-up to Tuesday's Indiana primary, where the businessman swept to victory and his last serious challenger Ted Cruz bowed out of the race, Trump told a campaign rally: "We can't continue to allow China to rape our country, and that's what we're doing."

"We're going to turn it around, and we have the cards, don't forget it," he said. "We have a lot of power with China."

Asked about Trump's comments and whether Beijing was nervous about the prospect of him becoming US president, foreign ministry spokesman Hong Lei told reporters that the election was a US internal affair and China had no comment on it.

But he went on: "I want to point out that US-China trade relations are essentially mutually beneficial and win-win in keeping with the shared interests of both sides."

Hong added: "We hope that everyone can view such cooperation from an objective and reasonable perspective."

Trump has repeatedly blasted the Asian giant for its trade policies, blaming it for weakening the US economy and taking American jobs.

Although the comments have contributed to his populist appeal at home, they have raised eyebrows in China, where he is seen with a combination of bemusement and grudging respect.

At his annual press conference in March, Premier Li Keqiang said diplomatically that the US presidential campaign was "full of clamour and very eye-catching".

The Global Times newspaper, which is close to the ruling Communist party, showed no such reticence, saying that Trump's comments were "abusively racist and extremist".

"The rise of a racist in the US political arena worries the whole world," it said.

The paper, which often takes a nationalistic tone, sought to portray Trump's rise as an indictment of multi-party democracy.

"Americans know elections cannot really change their lives. Then, why not support Trump and vent their spleen?" it said, adding: "Mussolini and Hitler came to power through elections, a heavy lesson for Western democracy."