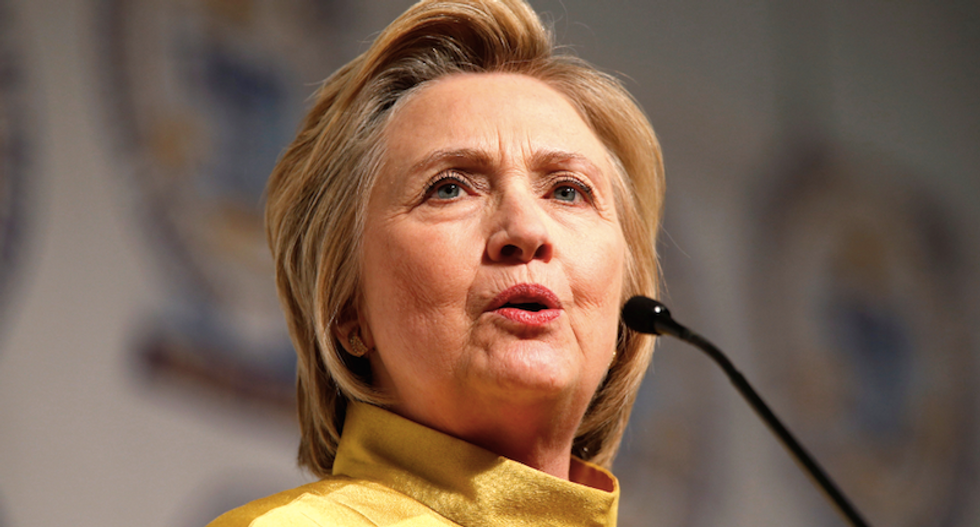 Clinton, in a move to reclaim her early pledge to focus on helping the struggling region resuscitate its economies, will meet the head of a local steel workers union, retired mine workers and others in Kentucky, West Virginia and Ohio affected by declining coal and steel prices.

Her pledge of more than $30 billion to help coal regions was overshadowed in March when Clinton, at an Ohio town hall, said the country would “put a lot of coal miners and coal companies out of business.”

Clinton’s statement was seized upon by coal industry groups and Republican lawmakers such as U.S. Senators Rand Paul and Mitch McConnell, both from Kentucky, as evidence she planned to continue carrying out President Barack Obama’s regulatory “war” on coal.

Clinton immediately sent an apology letter to Democratic U.S. Senator Joe Manchin of West Virginia, an early supporter, pledging to “focus my team and administration on bringing jobs to Appalachia” and help its residents adjust to a wave of coal company bankruptcies and changes in the U.S. energy market.

Her decision to embark on an Appalachian tour is in part timed ahead of Democratic nominating contests in West Virginia on May 10 and in Kentucky on May 17 as she seeks to secure the nomination before the party’s July convention.

However, Clinton aides say her decision to focus on the region – her husband, former President Bill Clinton campaigned in Kentucky on Sunday and is expected in West Virginia on Tuesday – also reflects her commitment to show voters she will work for them if elected even if they do not support her now.

West Virginia last voted for a Democratic presidential candidate in 1996, when Bill Clinton was running for his second four-year term. Former President Clinton is the only Democrat who has won Kentucky since 1980.

During her first presidential run, Clinton defeated Barack Obama in the 2008 primaries in those states but lost the nomination to him. Her tour is an early move to siphon support from Trump, the front-runner for the Republican nomination, who has called for continued coal production and dismissed environmental concerns as a policy priority.

Clinton’s first stop, at a restaurant in Ashland, Kentucky, will be a discussion with the leader of a local steel workers union and some of 600 workers who were laid off when AK Steel Holding Corp announced in October that it would idle one of its furnaces amid a supply glut and lower steel prices.

Clinton last month criticized China’s announcement that it was encouraging increased steel output amid a global surplus that is driving down prices and said, if elected, she would crack down on Chinese trade practices.

She will continue to Williamson, West Virginia, a once-thriving town near the state’s border with Kentucky in Mingo County, the heart of the coal-producing region. Its main streets had been dotted with empty store fronts as coal mining employment has been cut in half over the past four years. The town is now trying to reshape its economy.

Clinton will meet retired mine workers there and also tour the Williamson Health and Wellness Center, which serves as the nerve center for a local program that aims to drive economic revitalization through a health-focused, local-foods movement using land once designated for mining to drive large-scale agricultural development.

Aides say Clinton’s interest in the region’s economic troubles was piqued after she left the U.S. State Department in 2013. She circulated data to aides then about studies related to decreased life expectancies for less-educated white adults in Appalachia, where the decline in coal-related employment has been accompanied by a growth in opioid addiction, diabetes and other health issues.

Clinton has throughout her campaign criticized attempts made by coal companies to “shirk” the responsibility to pay healthcare benefits for retirees during bankruptcy proceedings, saying the country owes them gratitude for fueling decades of economic success.