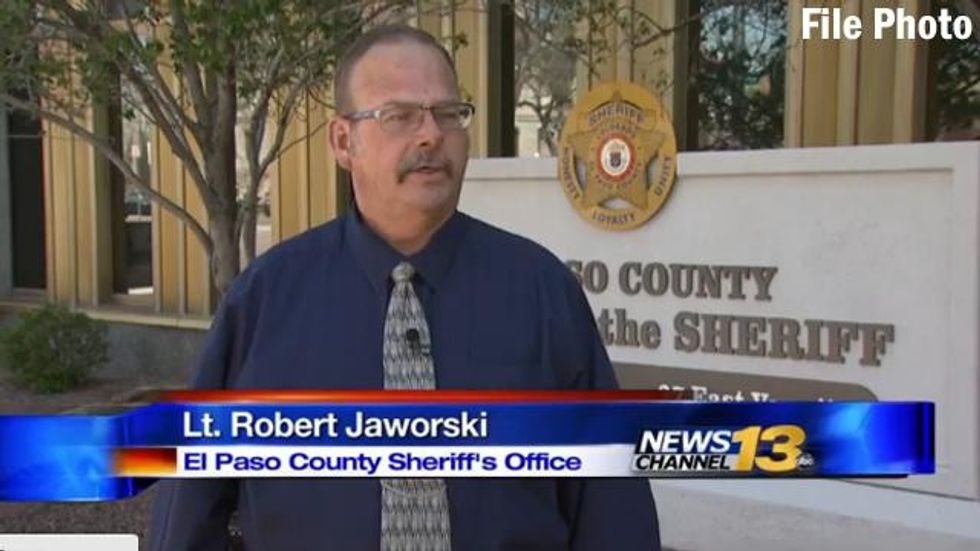 Lt. Robert Jaworski retired from the El Paso County Sheriff's Office this month after he reportedly referred to President Barack Obama using a racial slur while on duty.

According to KRDO, Jaworski made the comment in front of subordinates and members of the coroner's office when President Obama appeared on a television in the Sheriff's Office break room.

Sheriff Bill Elder told The Gazette that he would have fired Jaworski if he had not voluntarily retired.

"That is unacceptable in my administration," Elder explained. "You wouldn't get a warning as far as I'm concerned."

However, the department refused The Gazette's request for a copy of the internal investigation, and the sheriff declined to provide the precise wording that Jaworski used, arguing that it would discourage whistleblowers.

Jaworski is expected to receive full benefits from his 28-year career as a deputy. Elder said that there was "no reason" to pursue further disciplinary actions because Jaworski would have received full benefits even if he had been terminated.

"There was no settlement, no use of public dollars, or any legal consideration given in return for the retirement," El Paso County deputy attorney Elizabeth A. Kirkman said in a statement.