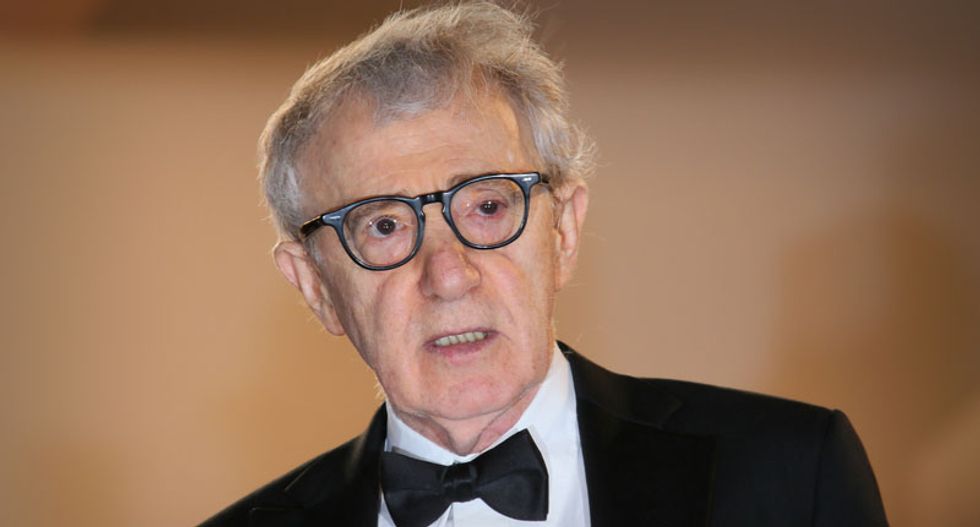 Woody Allen attends the Premiere of 'Irrational Man' during the 68th annual Cannes Film Festival on May 15, 2015 in Cannes, France (Denis Makarenko / Shutterstock.com)

Woody Allen has been accused of sexual abuse by his adoptive daughter, Dylan Farrow. Farrow and her brother, Ronan, have also accused the media of being silent on the matter.

In a column for the Hollywood reporter, Ronan Farrow wrote:

In fact, when my sister first decided to speak out, she had gone to multiple newspapers — most wouldn't touch her story. An editor at the Los Angeles Times sought to publish her letter with an accompanying, deeply fact-checked timeline of events, but his bosses killed it before it ran. The editor called me, distraught, since I'd written for them in the past. There were too many relationships at stake. It was too hot for them. He fought hard for it.

Despite the deafening silence from the media, the allegations have not gone unnoticed. According to Variety, the emcee at Cannes Film Festival, comedian Laurent Lafitte, took a swing at Allen with this joke:

“It’s very nice that you’ve been shooting so many movies in Europe, even if you are not being convicted for rape in the U.S.”

The joke, Variety notes, was a dig at Allen and also Roman Polanski, a film maker who has lived in Europe since being accused of rape. The media and film industry have also been accused of giving Polanski a pass.