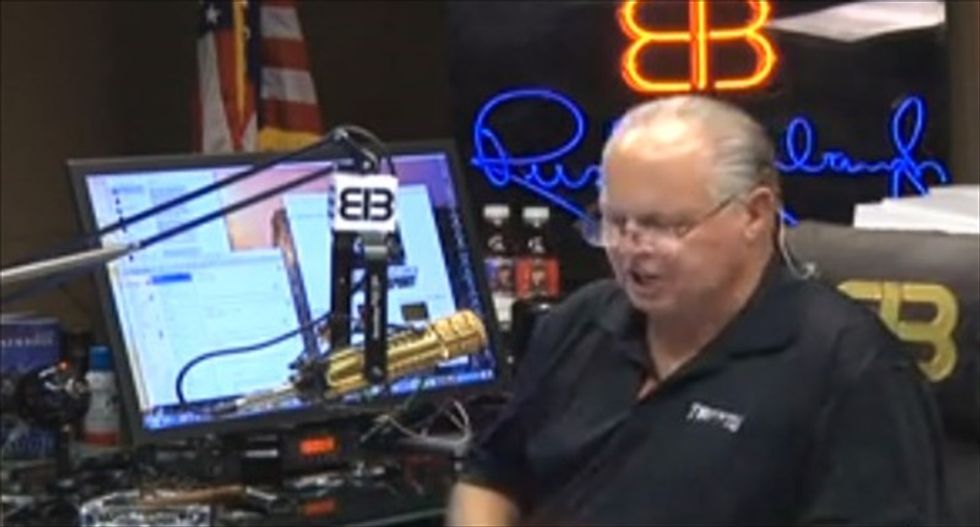 Conservative talk radio host Rush Limbaugh suggested this week that evolution was a hoax because a gorilla that was recently killed at the Cincinnati Zoo never "became one of us."

On his Tuesday radio show, the conservative host opined that PETA activists opposing the capture of animals had "obviously has not read Genesis."

"There's no way human beings are going to not be interested in animals," he explained. "Gawking at them. Out on safari, hunting them."

According to the host, "the evolution crowd" was searching for a missing link because "[t]hey think we were originally apes."

"If we were the original apes, then how come [deceased Cincinnati zoo gorilla] Harambe is still an ape?" Limbaugh asked. "And how come he didn't become one of us?"

Listen to the audio below via Media Matters.