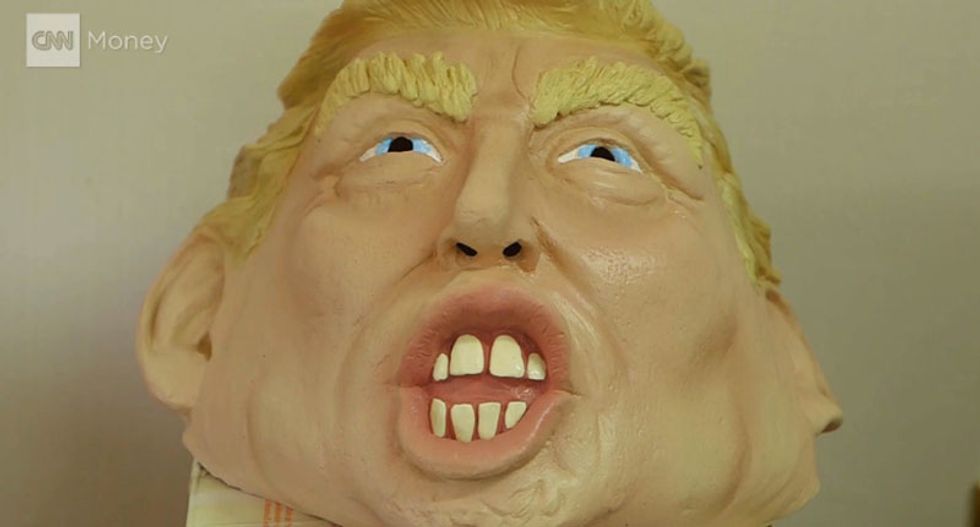 An unhappy mom is raising a ruckus in Wellesley, Massachusetts after three fifth-grade boys performed a dance skit while wearing Donald Trump masks. The parent, whose name was redacted, sent a string of e-mails that included an image of Obama as Alfred E. Neuman, and a second image that showed a Muslim holding a decapitated head, the Wellesley Townsman reported.

In her email, the woman wrote: "Please grow up and realize that there are many different views and that a talent show ridiculing someone is first not a talent and would have never been tolerated if it was of Obama. May be next year my kids will dance a hijab on!" (sic)

She then identified her husband as a Trump voter, and declared that, "You should be so lucky to be married to someone as wonderfully Republican as him." (sic) Still not satisfied that she had made her point, she decried having to pay the school staff's salaries with her tax dollars.

Then, her first e-mail finished with this wish: "You are rather pathetic individuals (really this is my opinion of you) and I will make sure my kids come to school ridiculing Hillary or Obama soon. I hope Trump wins and all the teachers like yourselves get fired because you really shouldn't be teaching because you can't do so without injecting your political beliefs."

In response to the parent, Schools Superintendent David Lussier said that discussions had led to the skits being declared "inappropriate," and future skits of its ilk would be cancelled. Some parents in the district are upset with what they perceive as "censorship" of the kids.

In the video, the three boys dance while wearing big-headed Donald Trump masks.