Dan Savage rips Ann Coulter on immigration: 'Your rationale for building this wall is bullsh*t' 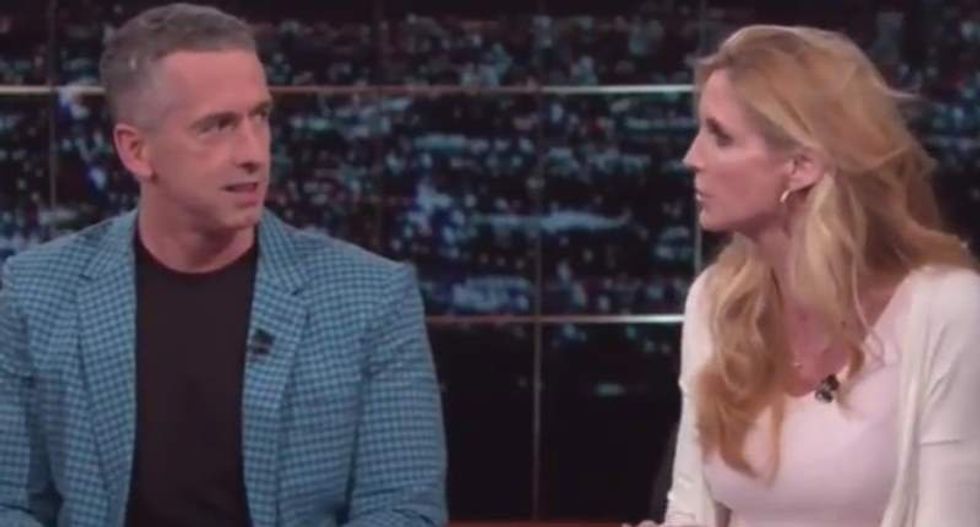 Dan Savage argues with Ann Coulter during the 'Real Time' panel discussion on May 6, 2016. (YouTube)

"Why do we want to throw these 11 million people out of the country?" Savage asked at one point. "They contribute more to our economy than they take out; they pay more in taxes than they receive in services; illegal immigrants commit fewer crimes per capita --"

"All of that is untrue," Coulter responded. "Those are false facts. Not only are they false facts, but if they are true facts then you need to go and elect people who will change the laws."

"But your rationale for building this wall is bullsh*t," Savage shot back, a reference to Donald Trump's insistence that he would build a wall at the US-Mexico border.

"No, the rationale is that he [would be] the commander-in-chief, he protects the borders," Coulter countered. "Those are the laws."

Earlier in the discussion, Coulter quipped that Savage "should be the spokesman for Hillary Clinton" because of his criticism toward the Republican base.

"That's gonna be a big hit with the American people -- who are overwhelmingly voting for Trump," she said.