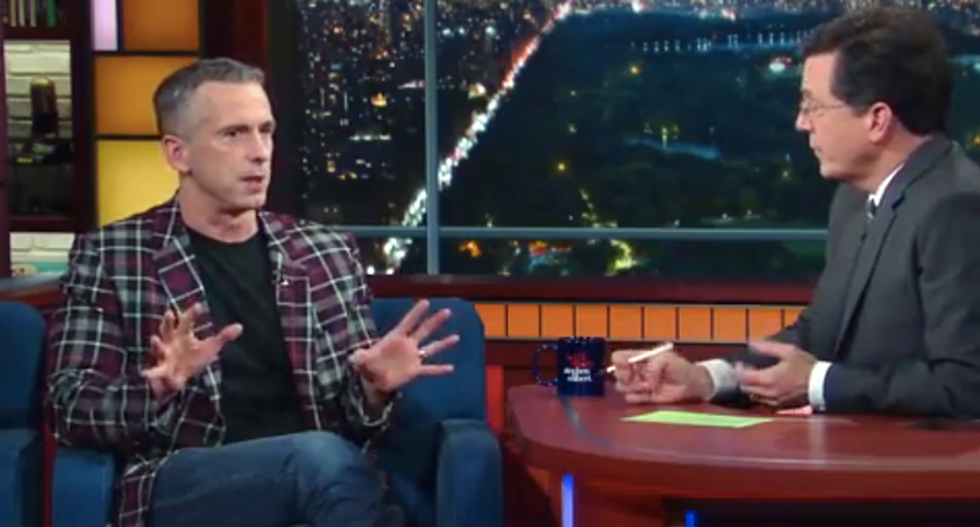 Dan Savage admits Donald Trump hasn't attacked LGBT people quite as blatantly as some other demographic groups -- but he said Hillary Clinton would be far and away the better choice for voters who care about civil rights.

The sex columnist and gay-rights advocate appeared Monday night on "The Late Show With Stephen Colbert," where he discussed the likely presidential nominees' stance on LGBT rights.

He said Trump had not emphasized marriage equality or fighting LGBT discrimination, although he opposes "bathroom bills," and had instead "surrounded himself with homophobes" such as Ben Carson and Chris Christie.

"He's promised to put people on the Supreme Court who will overturn marriage equality and forcibly divorce me from my husband because that's pro-marriage," Savage said. "So I don't trust Trump in the long term."

He said the LGBT community's relationship with Hillary Clinton shouldn't be all that complicated.

"Hillary Clinton is good on LGBT issues, she's excellent on them," he said.

Colbert reminded him that Clinton hadn't always been so outspoken in her support for LGBT rights, and Savage admitted that was true -- although he placed the Democratic candidate's comments into context.

"She wasn't always good on gay marriage, but neither was Barack Obama," Savage said.

He encouraged Clinton's critics to lighten up.

"When you go to somebody, go to a politician, and you say, 'Please change your mind,' when they change their mind, you don't then spend the rest of their lives going, 'F*ck you for not changing your mind sooner!'" Savage said. "You say, 'Welcome to the right side of this issue, we're glad to have you.'"

Watch this excerpt from the interview posted online by The Late Show With Stephen Colbert: