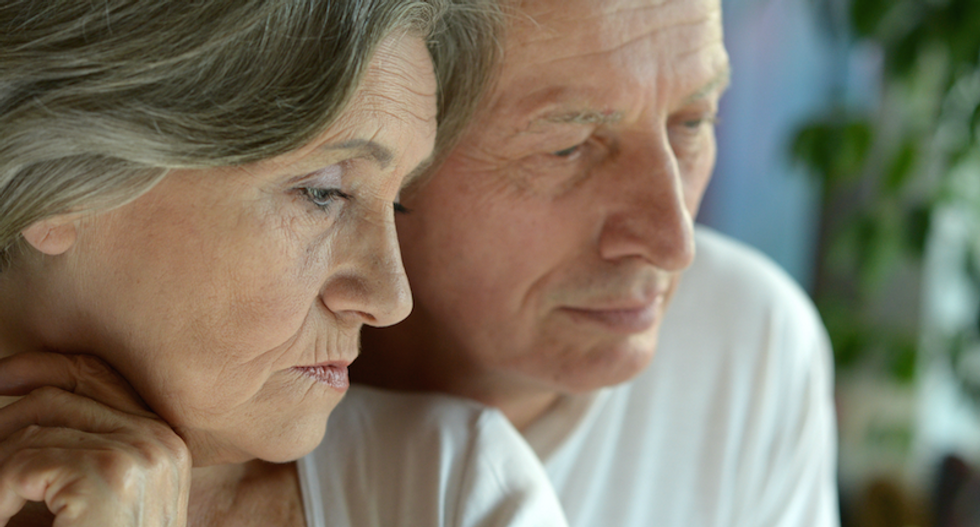 A disabled New Hampshire couple face eviction and homelessness after a misdemeanor citation for a small amount of marijuana they used to treat chronic pain.

Lebanon police searched the couple's apartment May 10 based on “drug intel” from an anonymous source, and officers said Lorraine Sevigny and Brian Cardinale admitted they smoked pot and directed them to a jar holding a small amount of weed in the kitchen, reported Valley News columnist Jim Kenyon.

They were cited for misdemeanor possession and given a June 27 court summons.

The 61-year-old Sevingy smokes marijuana to relieve pain related to a traumatic brain injury suffered in a crash nearly 40 years ago, and the 59-year-old Cardinale uses pot along with 18 other drugs to treat symptoms of multiple sclerosis.

“Stairs are my mortal enemy,” said Cardinale, who walks with a cane. “I’m lucky. I’m not in a wheelchair.”

One of the officers pointed out to Cardinale during the search that medical marijuana is legal in the state -- but he's not able to get the drug because he technically doesn't have an address, the columnist reported.

Cardinale's apartment building was destroyed by fire in February, and Sevigny contacted her landlord, Twin Pines Housing Trust, asking to place her partner of 20 years on the lease for her first-floor apartment.

He's still waiting for the housing company to complete paperwork that would allow him to stay with Sevigny or grant him eligibility for his own apartment.

Twin Pines, a nonprofit organization that rents apartments to low-income residents, purchased Sevigny's building and a nearby apartment complex in November with the help of a $6.8 million federal loan.

That U.S. Department of Agriculture loan comes tied to a zero-tolerance policy for drugs, which means the couple will likely lose their apartment.

“While we recognize that state policies on marijuana are rapidly evolving, we still need to comply with federal restrictions that govern the financing of our properties,” Andrew Winter, executive director of Twin Pines, told the newspaper.

Sevigny has asked New Hampshire Legal Assistance for help appealing the eviction notice in court, but it's not clear whether that would do anything but give them a bit more time to find a new place to live.

That might prove even more difficult after paying a possible $1,000 or more in combined fines and court fees related to the marijuana bust.

“We have nowhere to go,” Sevigny said.