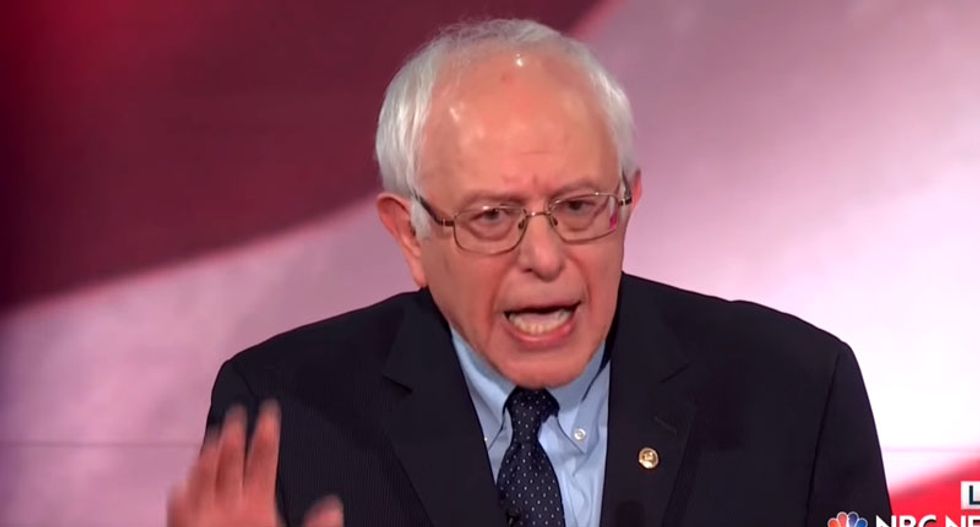 The Democratic National Committee (DNC) agreed to add more supporters of Sen. Bernie Sanders (I-VT) to the committee writing the party's platform, and could do the same for two committees at the party's national convention, the Washington Post reported.

Committee chair Rep. Debbie Wasserman Schultz (D-FL) reportedly agreed to add more Sanders backers to the 15-person drafting committee, after initially appointing three to the group. Sanders, who currently trails former Secretary of state Hillary Clinton in the race for the party's presidential nomination, had asked for each candidates to have seven supporters on the committee, joined by a "neutral" appointee from Wasserman Schultz.

According to the Post, Sanders also demanded that more of his supporters be placed on convention committees covering credentials and rules, saying that his campaign would take the matter to the convention floor in July otherwise.

"There are other chairs who probably feel that way and feel like this is my party and f*ck Bernie Sanders," Martin said. "I'm not one of those. I feel very passionately that we have to open up that party and make sure that those voices are heard."

The Post reported that negotiations regarding the committee positions could be finalized this week, but that the clash between Sanders and Clinton supporters following last weekend's Nevada state party convention threatened to derail the discussions at times. The DNC has not responded to the report.