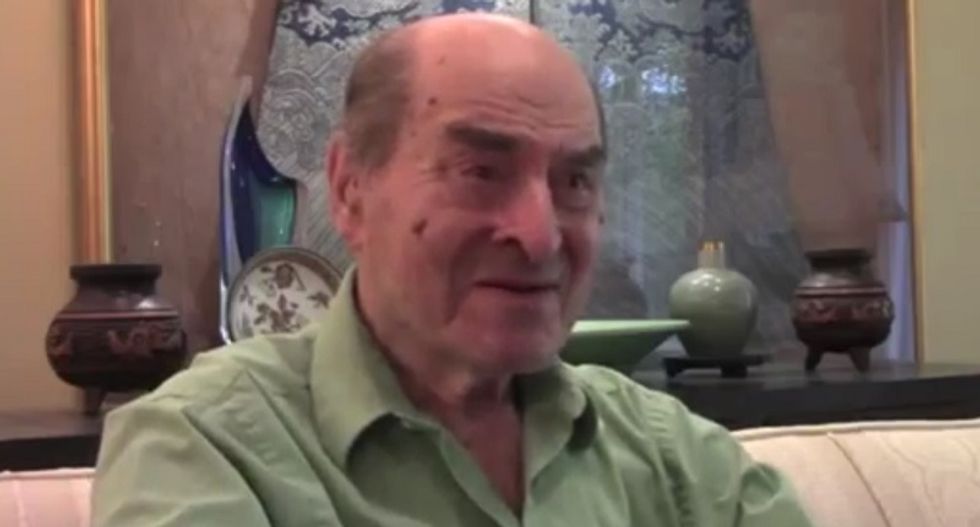 Dr. Henry Heimlich has saved an untold number of lives by inventing the Heimlich maneuver. At 96 years old, Dr. Heimlich perhaps may have never expected to have to use it himself.

But this week, the retired thoracic surgeon had to use the move when he saw a woman choking, the Cincinnati Enquirer reports. He was in the dining room at the Deupree House, a retirement home, when Patty Ris began choking.

Typically, a staff member at the home would handle such a situation.

“But,” maître d Perry Gaines told the Enquirer, “it is Dr. Heimlich.”

Indeed it is. Heimlich, who invented the first aid procedure that forces out airway blockages with upward pressure on the abdomen, sprang into action and performed his namesake maneuver on Ris, dislodging the hamburger meat she had blocking her airway.

“When I used it, and she recovered quickly,” he told the paper, “it made me appreciate how wonderful it has been to be able to save all those lives.”

It's hard to say how many people have been saved by the Heimlich maneuver since he invented it in 1974. But it has been the go-to response in panicked situations where someone is choking. Members of the public often learn to do it in first aid classes and employ it when someone displays what is called the "universal signs of choking" -- when the victim holds both hands on his or her throat, can't speak and tries to attract attention.

It involves upward thrusts to the abdomen under the rib cage, which creates pressure on the diaphragm and forces air -- and choking objects -- out.

“Just the fact that a 96-year-old man could perform that, is impressive,” his son, Phil Heimlich, told the Enquirer.

"I ordered a hamburger and the next thing I know, I couldn't breathe, I was choking so hard," she told the Enquirer reporter. "And that's Dr. Heimlich next to me. So he did the Heimlich maneuver, but it's the first time he'd ever done it on a patient."

Heimlich said after three tries, he was able to prevent Ris from choking any longer.

"After three compressions, this piece of meat came out and she just started breathing," he said, shrugging. "I knew it was working all over the world. I just felt a satisfaction."

Watch Ris talk about being rescued by Dr. Heimlich, via the Enquirer, here: