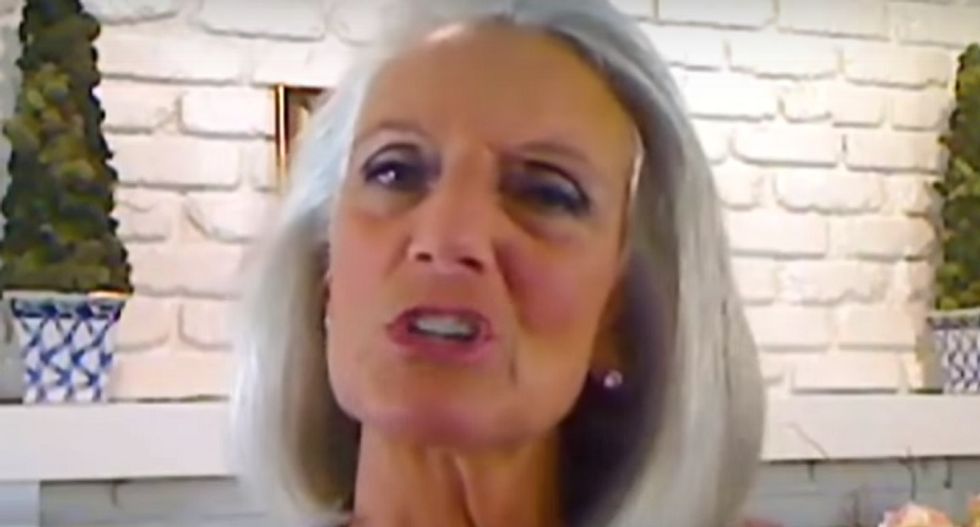 The daughter of famed evangelical preacher Billy Graham said she believes that God "let" the terrorist attacks on September 11, 2001 happen because he was angry about transgender people, according to Right Wing Watch.

Anne Graham Lotz, the daughter of now-97-year-old evangelist Billy Graham, made the comments to Iowa radio host Steve Deace on Thursday and said that the United States is under the judgment of God because of belief in evolution.

Lotz said that she believes God "would allow a 9/11 to happen" or the mass shooting in San Bernardino to teach people that they need him. God "lets us have situations where it would be hard not to cry out to him" to prove that we need him, she said.

"There is silliness, there is craziness, there is most illogical rulings," she said. "The one in North Carolina, this last one on HB2, which is to protect our children in bathrooms and locker rooms has become something where the Justice Department is suing us for something that is just common sense."

Lotz said this "chaos" is a sign of God backing away from the United States.

HB2 is a North Carolina law that bars local governments from making ordinances to protect transgender people who want to use public bathrooms that correspond to their gender identity. It has been deemed discriminatory and in violation of federal law by the Department of Justice.