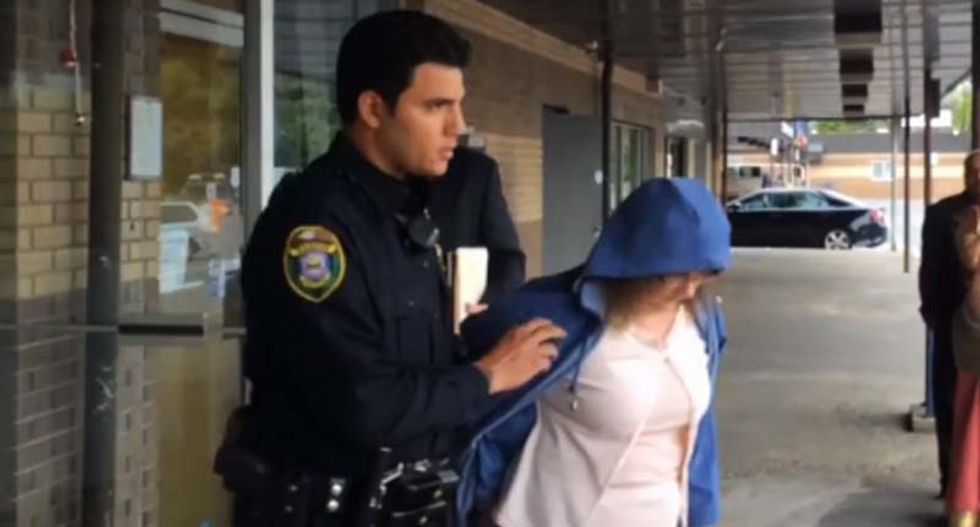 An Easton, Pennsylvania substitute teacher was taken into custody Tuesday morning after admitting to a judge that she had been carrying on a sexual relationship with a student dating back to 2015.

According to Lehigh Valley Live, Kelly Aldinger, 49, had previously been arrested two weeks ago after a police officer on a routine patrol discovered Aldinger and the unidentified teen having sex in a car parked in the Easton Cemetery.

Authorities state that Aldinger, a substitute teacher in the Easton Area school district, said she initially met the student in class last year which led to an affair with the 16-year-old.

Aldinger had previously been listed as the council president of St. Paul's III Lutheran Church, where she oversaw Christian education, along with supervising Sunday School and Vacation Bible School.  It is not known if Aldinger holds any position with St. Paul's at this time, with the church directory showing the council president position unfilled.

Aldinger, who is divorced and has at least one child, is currently living with her parents and unemployed after the school district terminated her contract, stated her attorney, Josh Fulmer.

If found guilty of institutional sexual assault, she faces up to 7 years in jail and $15,000 in fines.

Watch the video below via WFMZ: