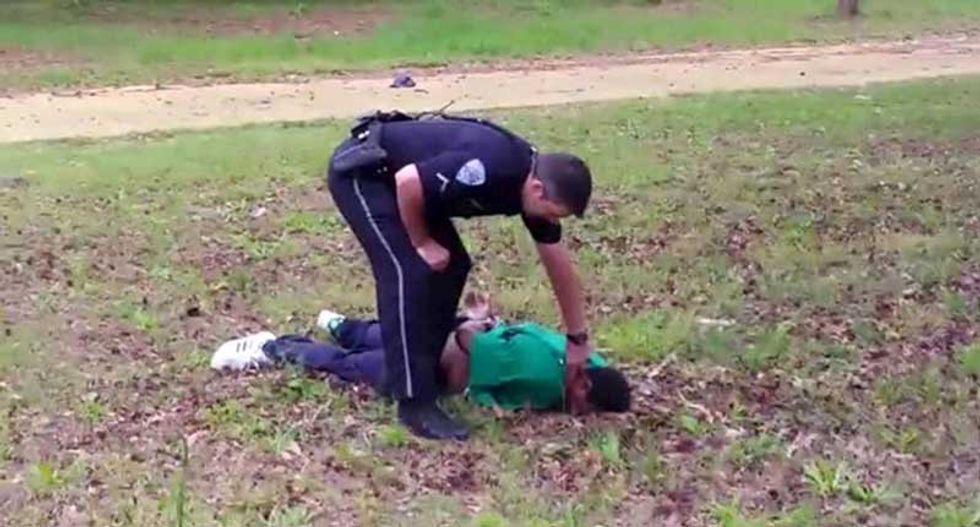 A white former police officer has been indicted in U.S. court on a civil rights violation and a charge of lying to investigators after he fatally shot a black man following a traffic stop in South Carolina last year, court records unsealed Wednesday show.

Michael Slager shot Walter Scott without legal justification in April 2015, a federal grand jury found, depriving the motorist of his right to be free from the use of unreasonable force by a law enforcement officer.

The grand jury also charged Slager with discharging a gun during a violent crime and obstructing justice by intentionally misleading state investigators probing the shooting.

The shooting in North Charleston was one in a series of incidents that drew national attention amid concerns about the use of force against minorities by police in cities across the United States.

The federal charges against Slager mark a rare instance of U.S. prosecutors taking action in a case involving alleged misconduct by a police officer, said Justin Bamberg, a lawyer for Scott's family.

"It sends a very strong message," Bamberg said in a phone interview. "That conduct is unacceptable."

The civil rights violation carries a potential maximum sentence of life in prison because the incident resulted in a death, he said.

A bystander's cell phone video captured Slager firing eight times at Scott's back after he fled a traffic stop for a broken tail light.

But Slager falsely told investigators with the South Carolina Law Enforcement Division that he fired his weapon at Scott while the motorist came toward him with a Taser, the indictment said.

Slager, who was fired from the North Charleston force after the shooting, was previously charged with murder in state court. He maintains his innocence in that case, which is scheduled to go to trial in October.

His arraignment on the federal charges is set for 1:30 p.m. ET in Charleston on Wednesday.

Andy Savage, a lawyer for Slager, did not immediately comment on the federal case.