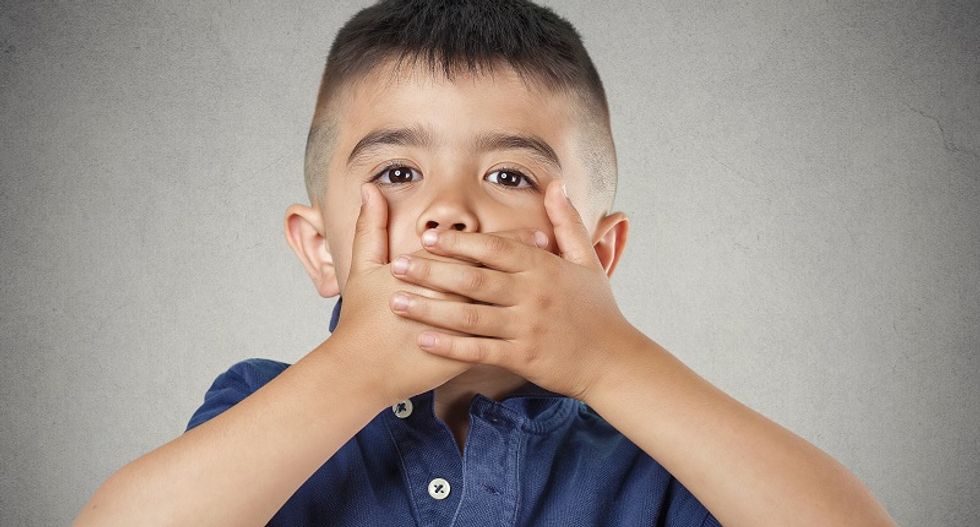 A Christian school in Wisconsin is discriminating against LGBT kids even though the school utilizes federal tax dollars, the Baraboo News Republic reports.

The principal at St. John’s Lutheran School in Baraboo sent a letter to parents demanding they provide students' birth certificates and sign an agreement that lists being LGBT as one of the "transgressions" a child can be expelled for.

Because the school receives federal funding for its lunch, transportation and No Child Left Behind programs, administrators can't deny admission to students based on discrimination.

“If we cannot legally refuse students who are struggling with homosexuality or gender identification, we must maintain our right to hold to the truths of God’s Word,” Breitkreutz wrote in the letter obtained by the New Republic. “In other words, although we do not have the right to refuse admittance to people choosing an outwardly sinful lifestyle, we do maintain the right to discipline and dismiss students for these choices.”

An attorney from the Freedom From Religion Foundation, or FFRF, told the paper the school's policies are illegal.

“It is problematic for a school that receives federal funds to discriminate against students because of their sexual orientation or gender identity,” Patrick Elliott of FFRF told the New Republic. “Schools that are supported with taxpayer money must comply with minimum civil rights standards. St. John’s Lutheran School has indicated that it will dismiss students on an illegal basis under federal law.”

The FFRF has filed a complaint with state and federal agencies.

St. John’s Pastor Nick Maglietto said the letter was intended to "weed" LGBT students out before they even got through the door.

“So rather than us trying to weed them out, it’s more letting them know where we’re coming from up front and making their choice based on whether this would be an environment for their child,” he told the New Republic.

The U.S. Department of Agriculture, which administers the free-and-reduced lunch program, is investigating the complaints.

“USDA is reviewing this complaint,” said USDA spokeswoman Amanda Heitkamp. “We are firmly committed to ensuring federal protections against discrimination with respect to all of our programs and activities.”

Breitkreutz said the school will forego federal funds, even though they help students at St. John's, if the government finds the school's policies violate civil rights laws.

“I certainly don’t want to give anybody the impression that I’m looking down my nose at anybody,” he told the New Republic. “I try to do everything with humility and love and respect. But we are known by our words and actions, whether or not we hold true to God’s word or not.”