Five films that will help you understand the modern Arab World 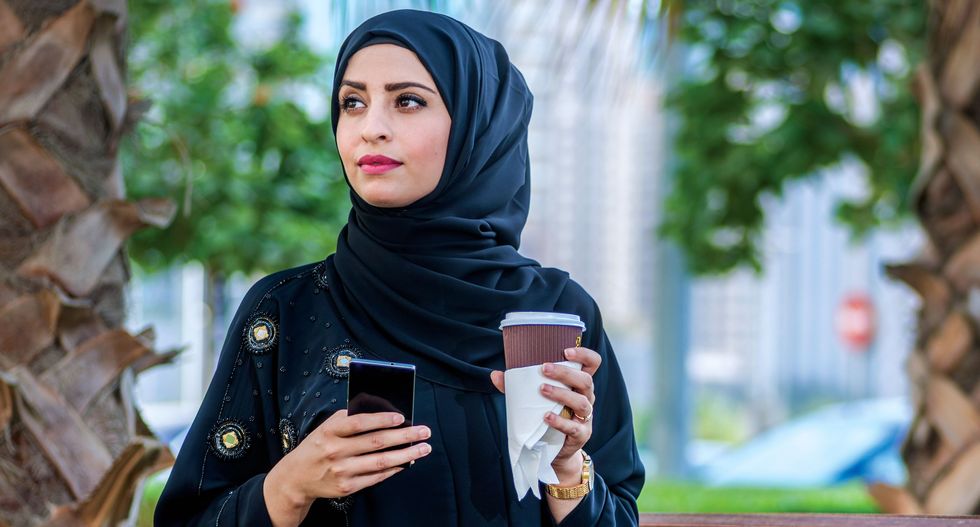 A number of catastrophic events have afflicted the Arab world in recent years. Western news reporting and Hollywood cinema tend to present these crises through disaster footage or stories about Western protagonists in which local people are merely extras. Film from the Arab world is often more complex and nuanced.

Recently, I was preparing the programme for a new season on contemporary film from the Arab world at The Mosaic Rooms in London. I have been privileged to watch incredible short and feature length films from Syria, Iraq, Palestine, Lebanon and Egypt. I believe these films make visible what is often invisible to the rest of the world – people’s everyday struggles.

Filmmakers in the region are in a unique position to counter preconceptions fostered by mainstream media. They have persisted in their desire to tell their stories, against the odds. Their creativity attests to their imagination, courage and resilience, and how they respond creatively to crisis is a source of inspiration to all of us.

Through their films, they can connect us with everyday experiences of people facing turbulent events or dealing with legacies of past wars. They provide subtle, personal perspectives on the Arab world that conventional reporting and Hollywood drama simply cannot match.

If you are ready to start thinking differently about the Arab world, switch off the news for a moment. Let me introduce you to five films I think you should watch.

Mainstream news items on the Syrian uprising and ensuing war are largely top down. They cover big international players, rather than grassroots protest movements and ordinary people suffering under the regime.

Jalal Maghout’s animated documentary tells a completely different story. It is based on anonymous real-life testimony of an ordinary opposition activist, a woman from the Damascus suburbs. Use of animation enables the director to treat his documentary material creatively. He depicts war torn places otherwise difficult to visit and film, and vividly conjures up Suleima’s memories and experiences while protecting the identities of people involved.

A fascination by spectacular violence, such as the terrible bomb attacks in Iraq that occasionally make headlines is at the expense of everyday structural problems that accompany conflicts.

Yahya Al Allaq’s War Canister shows how violent events affect ordinary people. It dramatises the fuel shortage during the US occupation in Iraq through the story of a deaf boy who steals an oil canister to help his struggling family. A comedy drama about resilience in dire circumstances, the film follows the canister as it is lost, found, and shared, despite the fuel scarcity. 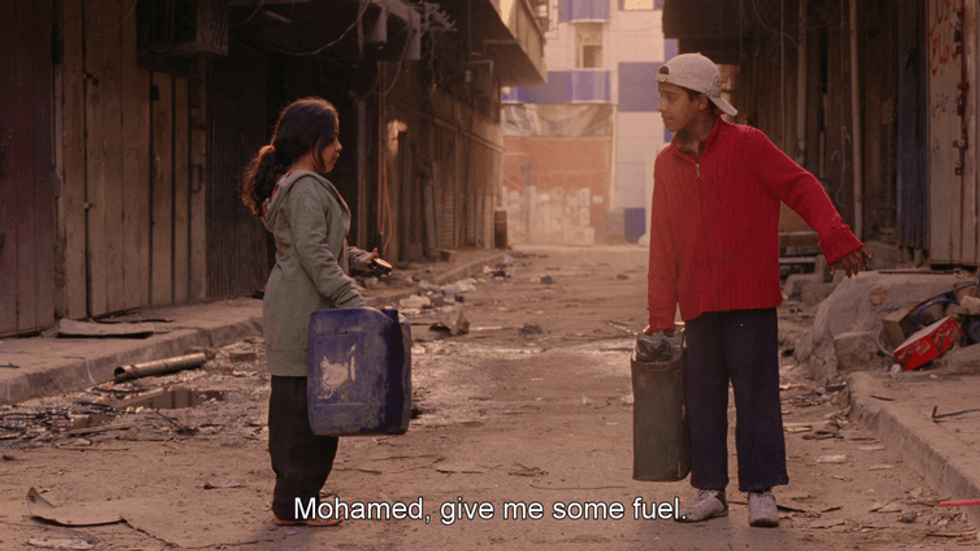 Since the Israeli blockade, Gaza has been increasingly hidden from the outside world, surrounded by fortified fences, its people restricted from travelling. A debut film by two young women filmmakers – Areej Abu Eid and Eslam Elayan – and produced by Shashat Women’s Cinema, Kamkameh gives an intimate, insider’s portrayal of Gaza as a culture of hiding. Their wry commentary is laid over images of veiled and masked people.

The metaphor of hiding illuminates how the blockade and frequent military onslaughts by Israel have affected the community. With nowhere else to go, people are forced to internalise their oppressive situation. 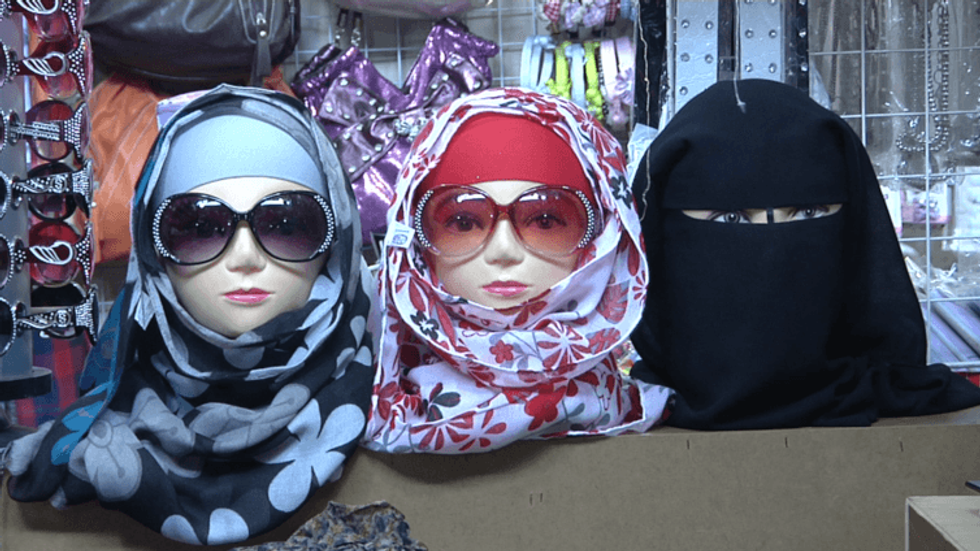 The Israel Palestine conflict often features on our news yet, as the Glasgow Media Group’s research shows, UK audiences have little grasp of the topic. Open Bethlehem unlocks the conflict through its focus on tourism in the famous city of Bethlehem in the West Bank. Dependent on tourism for their livelihoods, many Bethlehem residents are struggling for their survival, as the Israeli wall imprisons and isolates them from the outside world.

Filled with humour and personal touches, the film is the story of director Leila Sansour’s campaign to open up the city for tourism and a moving portrait of everyday effects of occupation. 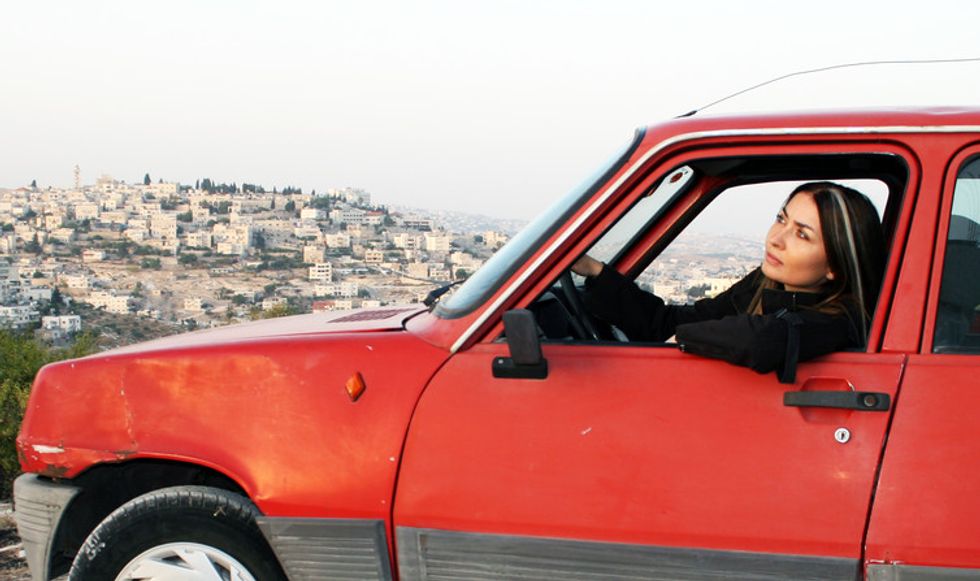 Silvered Water largely consists of footage shot on mobile phones, anonymously uploaded onto YouTube. Its use of social media posts gives access to realities experienced by people in the Syrian revolution and its bloody aftermath – micro narratives of events, rather than grand narratives of mainstream reportage.

Credited to “1001 Syrians”, along with the two directors Ossama Mohammed and Wiam Simav Bedirxan, its numerous stories make it an 1001 Nights for the digital era. Not only does Silvered Water create a visual archive of the Syrian uprising, its creativity is a form of defiance – searching for cinematic beauty in blurry mobile phone images as a resistance to tyranny and death. 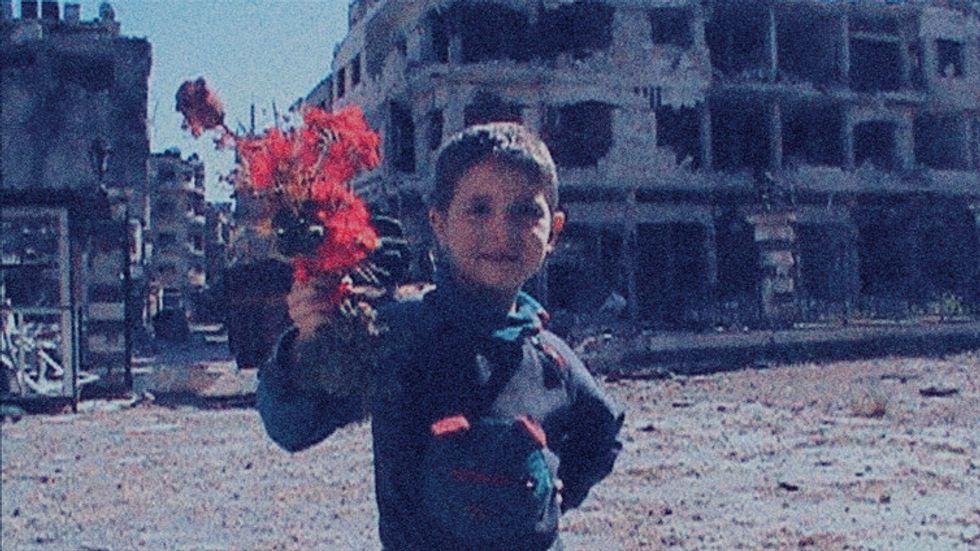 Courtesy of Doc and Film International

This list is of course not exhaustive, but it gives a flavour of the kinds of films which I believe have potential to challenge mainstream views of the Arab world. Start watching.