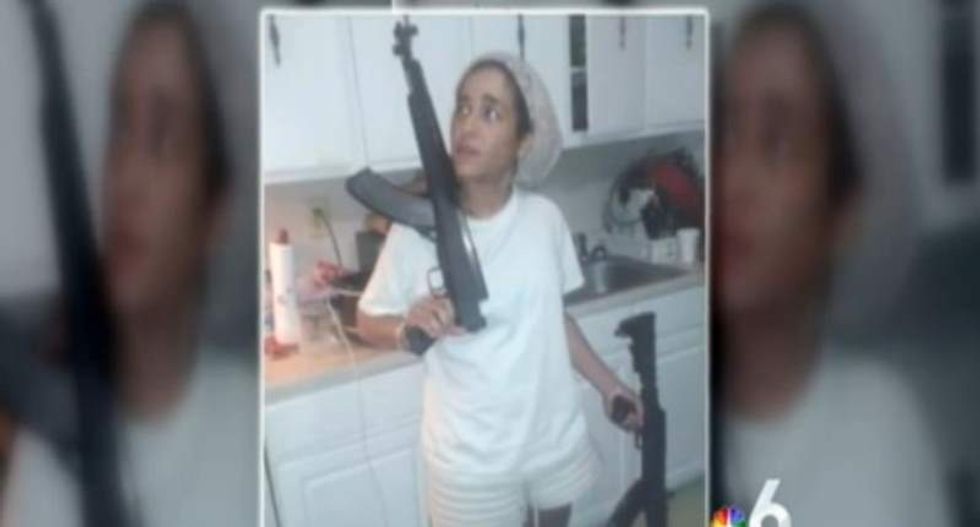 A 39-year-old Miami woman was arrested on Sunday after allegedly threatening police and city officials is accusing authorities of turning a blind eye to her own attack, WTVJ-TV reported.

"I am suing the state for being sexually assaulted and they don't want to investigate. That is the entire case here," Johanna Garcia said in court on Monday. Garcia was charged with making written threats to kill or do bodily injury as well as making bomb threats.

Garcia is accused of leaving threatening phone messages for the local police deparment's Internal Affairs division, including the statement, "I'm going to kill you all. I'm gonna blow you up," as well as "I'm gonna go after all you, Jorge Garcia," specifically directed at a sergeant in the division.

The suspect also allegedly emailed city records manager John Babcock on April 17 saying, "Answer me or watch me blow u [sic] up, so u never forget my name."

During her court appearance on Monday, Garcia said her message to Babcock made reference to the phrase, "blow up your phone," meaning she only intended to call him. She also said that she was raped by 20 officers only for the alleged attack not to be investigated.

WFOR-TV reported that Garcia filed a lawsuit in connection with the alleged incident but was not taken seriously when she contacted internal affairs.

Garcia is also attempting to pay for her legal fees through an online fundraiser. The page for her campaign states, "I was raped by the cops in S. Miami, and IA won't investigate it, even after claiming, "it's the biggest case in over 20 years'. Finally found a lawyer and can't work because I'm always sick..stressed maybe."

WFOR reported that Garcia has been treated for anxiety and depression. Her attorney suggested he would try to have her placed in a mental health facility.

Watch WTVJ's report, as aired on Monday, below.