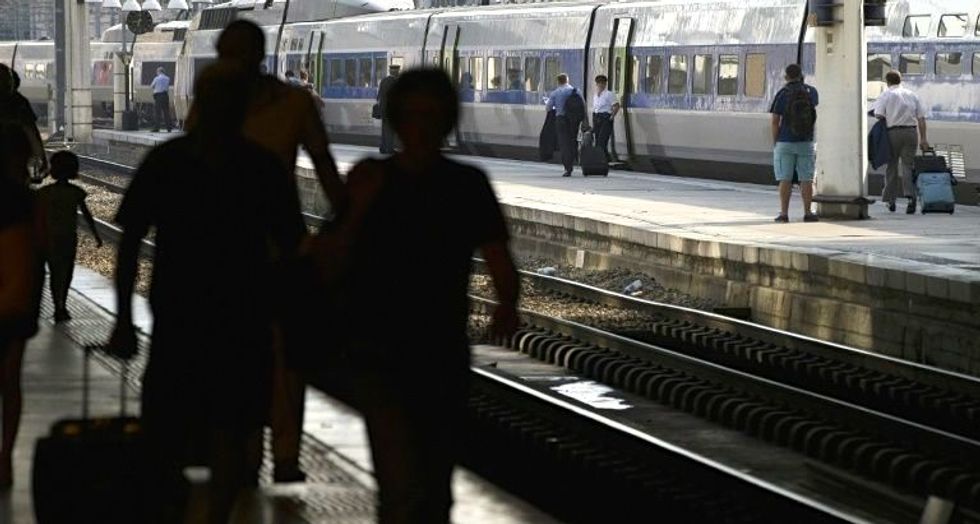 French prosecutors launched an investigation Wednesday after a 19-year-old woman committed suicide by throwing herself in front of a suburban train in Paris and streamed the act live on Periscope.

The unnamed French woman "sent a text to one of her friends several minutes before her death to make them aware of her intentions," said prosecutor Eric Lallement.

"She also made statements to Internet users via the Periscope application to explain her act."

The victim also "spoke of a rape and named the aggressor" during the filming, a judicial source said, adding that the claims were being treated with caution at this stage.

Footage of the woman's actual death, which took place on Tuesday at a station in Egly to the south of Paris, was removed by Periscope but some of the video leading up to the suicide was still available on YouTube.

The victim is seen on a couch, smoking a cigarette, saying the video is "not designed to create a buzz... but to make people react, to open their minds, and nothing else".

The video then cuts to a black screen, and what appear to be the voices of emergency personnel can be faintly heard. Messages of concern from Periscope users are seen flashing up on the screen.

Periscope is a smartphone application that allows users to stream live video via their Twitter account. The video usually remains accessible for 24 hours.

Police said they were informed by someone watching the stream.

"We were alerted around 4:30 pm by a Periscope user who was connected with the victim and told us that she was not well," a police source said.

An investigation has been opened into the circumstances of the suicide.

"Once the first results of the analysis of the victim's mobile telephone and the images diffused by Periscope are known, the investigators will attempt to specify the motivations for her act, and if necessary, to enlarge the investigation," Lallement said in a statement.

An 18-year-old woman appeared in court in the US state of Ohio last month accused of filming the rape of her 17-year-old friend by a 29-year-old man and live-streaming it on Periscope.

Marina Lonina "got caught up in the likes" that Periscope users gave the video, her lawyer told the court.