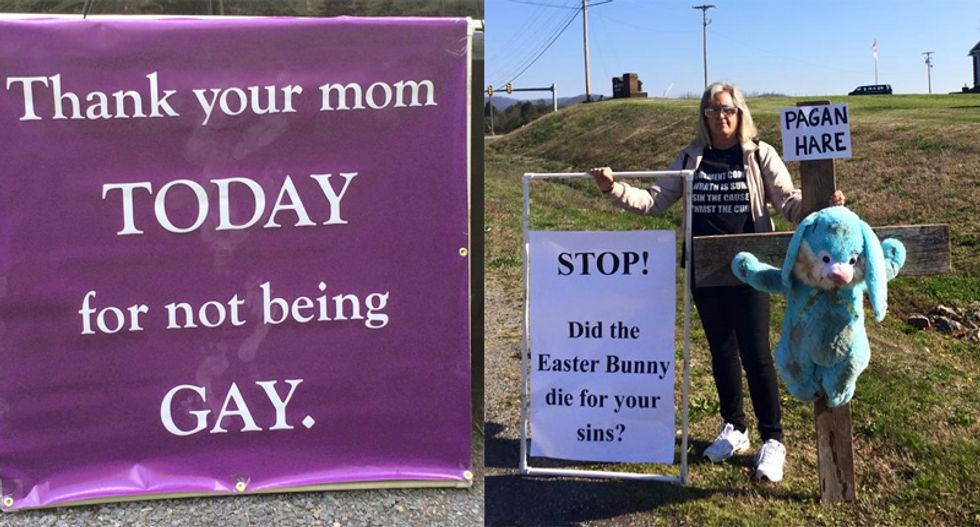 Writing on Facebook, a Michigan woman claims she was threatened with being hosed down by motel staffers for holding an anti-LGBT banner outside a Mother's Day brunch, reports the Friendly Atheist.

Betraying a fundamental lack of understanding about the human reproductive system, Christine Weick said she was displaying her "Thank your mom today for not being gay" banner outside an Econo Lodge hotel in Sevierville, Tennessee when she was accosted.

"The hotel staff just threatened to spray me with the garden hose. I'm standing on the PUBLIC sidewalk with my sign," Weick wrote.

The Christian activist, who recently stated that she lived in her SUV after being disowned by her family, made national news last November when she disrupted the first ever Muslim prayer at the National Cathedral. In an interview after being escorted out, she claimed that she was driven to protest the prayer by "Matt Drudge and God."

“My blood began to boil as I read the comments of how this is to be such a wonderful event and how religious tolerance can, for the first time, be shown in our nation’s capital,” she said at the time.

Weick also became something of an internet celebrity after video was posted of her claiming that Monster energy drinks are "the work of Satan" based upon a numerology-based system she worked out. 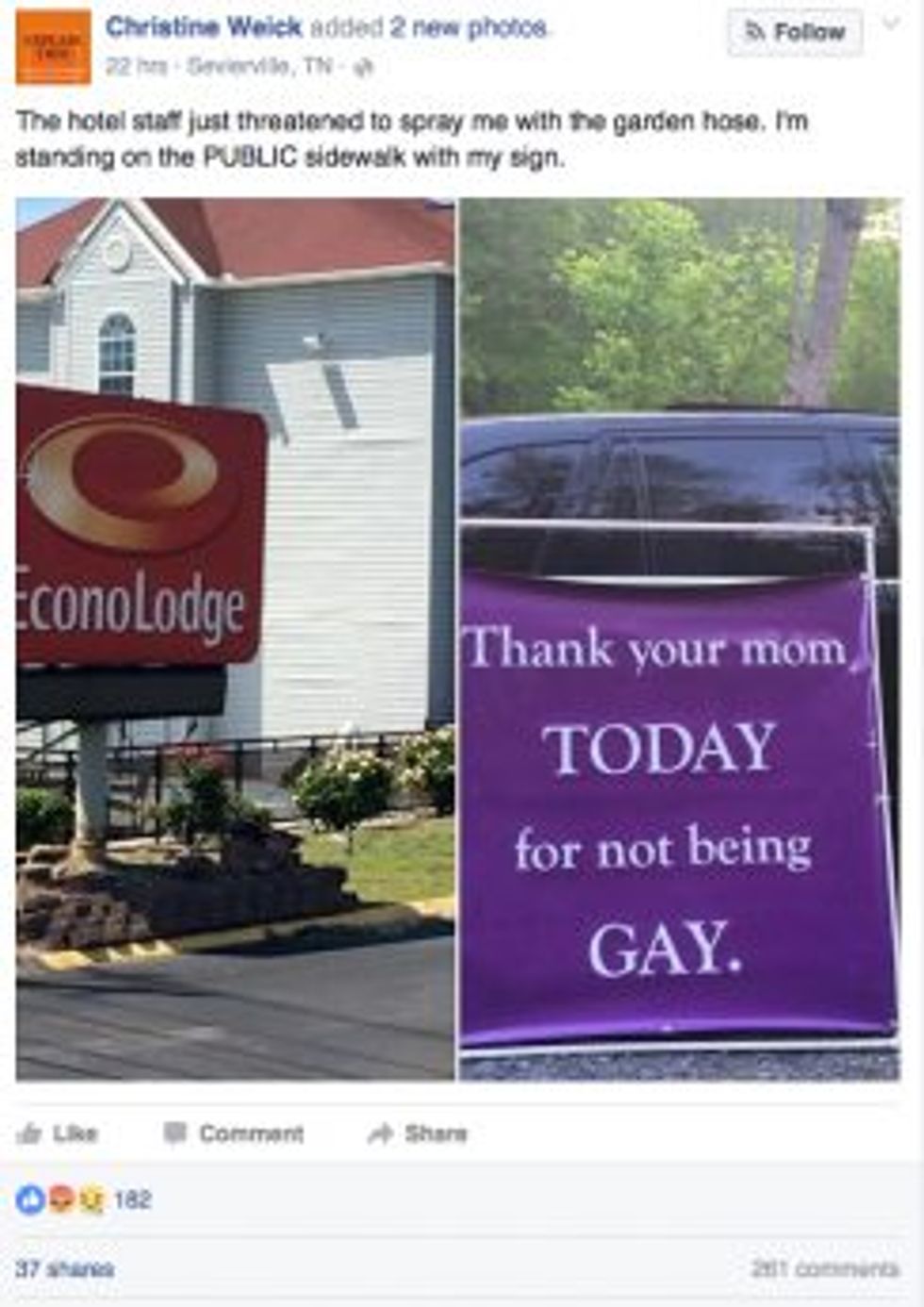