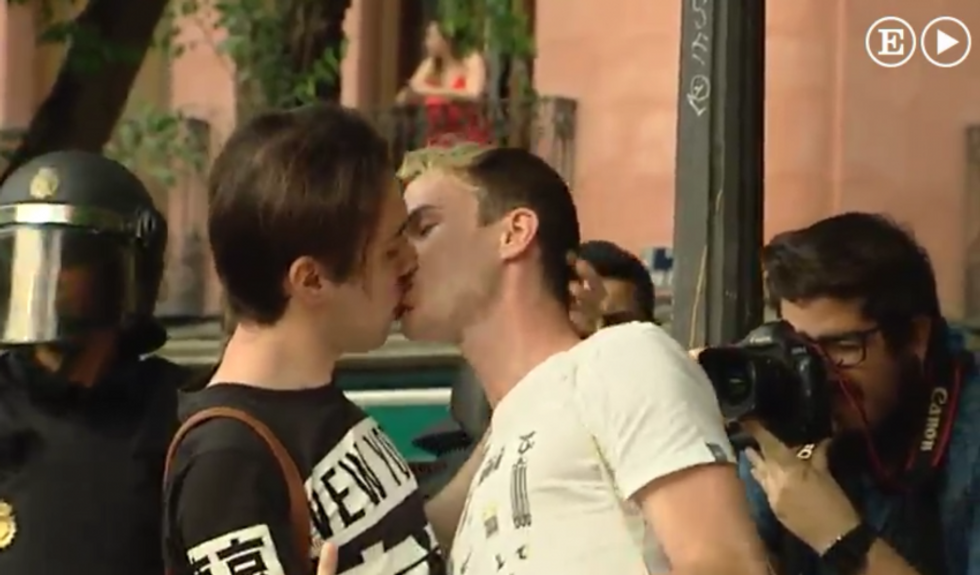 What better way to annoy hateful people than through the public expression of love? Via PinkNews, Spaniards David Fernandez and Gregor Eistert this past weekend decided they'd had enough of being called "faggots," "queers" and "AIDS patients" by neo-Nazis who were having an anti-immigrant rally in Madrid. That's when they decided to start trolling them by getting into a heavy makeout session right in front of where they were marching.

The pair were out on a date in Madrid and were in the area looking for a place to get a drink. They were holding hands, which was apparently enough to set off a torrent of verbal abuse from the anti-immigrant marchers.

"I was filled with rage when I heard what they said," Fernandez told Spanish publication El Español. "So, I took Gregor and began to kiss him. It was great. I then remember hearing screams and insults about being gay."

Eventually a police officer asked them to stop their very public display of affection because we know that the sensitive souls in the neo-Nazi movement emotionally can't handle seeing so much love all at once.

Check out a video showing footage from the rally below.