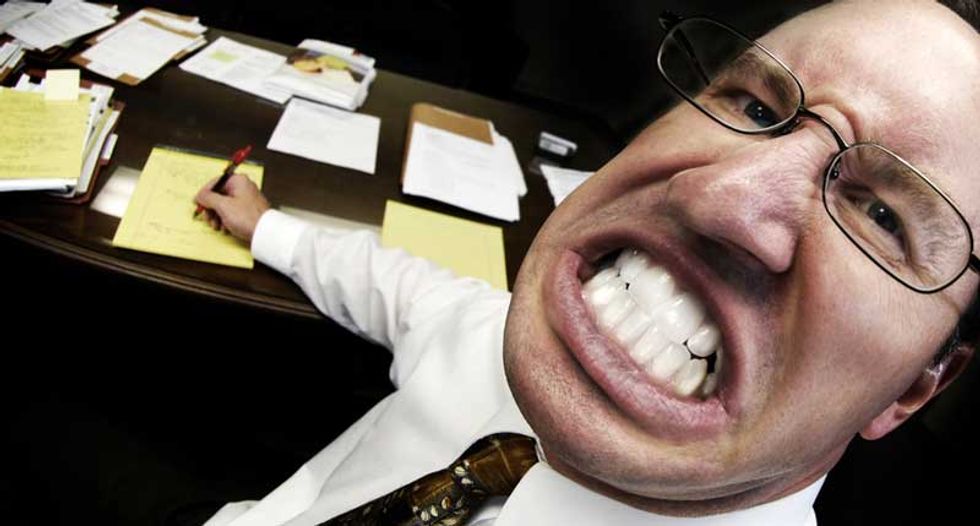 Trump is now promising to release his tax filings this November. And even though being audited doesn't prevent anyone from releasing their tax returns - it's worth asking why is Trump being audited in the first place, let alone "every year" as he claimed to Fox News' Greta Van Susteren yesterday.

An instructional video for businesses from DocStoc TV, which provides documents and resources for small businesses and professionals, lays out the potential red flags that the IRS focuses on:

1. Having more contractors than employees

Trump has had troubles with contractors since “Donald’s demolition contractor used about 200 non-union Polish workers called “The Polish Brigade” in the demolition job for Trump Tower” reported Huffington Post in 2001.

In 2005 Donald Trump got a big break on his federal income taxes - nearly $40 million “by pledging not to build houses on a New Jersey golf course he owns, according to public records,” said the The Wall Street Journal, which the IRS claimed represented 2% of all such “conservation” deductions nationwide that year.

Donald Trump’s exact wealth has been hard to pin down, much less his actual annual income. Shortly after Trump launched his campaign, The New York Times announced “Donald J. Trump earned just $14,222 in salary. He owes at least $265 million in debt. He is paid about $250,000 per speech. And he received $110,000 from a pension with the Screen Actors Guild. Those details were revealed in Mr. Trump’s financial disclosure form, filed with the Federal Election Commission last week and made public [July 22, 2015].”

4. A social media profile at odds with your tax statements

5. Family Members on your payroll

Three (Ivanka, Donald Trump Jr. and Eric) of Trump’s five children hold high executive positions in Trump Organization. And while it's not uncommon to hire family members, but the IRS wants to make sure those family members aren’t given gifts with less tax liability or are suspiciously underqualified.

6. Reporting your net income rather than gross revenue

Again, it’s unclear what Trump’s true net income is - but Forbes magazine alleged Trump has exaggerated his net worth by as much as 100%.

Trump’s tax plan appears generous until you read the fine print. His “15 percent rate would apply not only to hedge funds and private equity funds, but to all partnerships and privately-held businesses, including the Koch Brothers’ companies and The Trump Organization, LLC,” said Brookings. Most of Trump’s net worth comes from the Trump Organization, headquartered in Trump Tower, a mixed-use skyscraper.

Trump may not have missed any deadlines, but he has been pushing back releasing the returns. On Tax Day, he told Syracuse.com that he runner Donald Trump says he “won't release his tax returns before New York's April 19 primary election and next week's federal tax filing deadline for all Americans” - nearly a month ago.

Trump claims to have given $100M to charities in the past five years. In the list of nearly 5,000 contributions compiled by the Trump campaign, the Washington Post revealed that “not a single one of those donations was actually a personal gift of Trump’s own money.” And while Allen Weisselberg, chief financial officer of the Trump Organization, rebuked the claim, he also “declined to provide any documentation, such as saying how much charitable giving Trump has declared in his federal tax filings.” “We want to keep them quiet,” said Weisselberg. “[Trump] doesn’t want other charities to see it. Then it becomes like a feeding frenzy.”

Trump has a jet with his own name on it. If that isn't self-employed travel to the max, what is?

Watch the instructional video below: