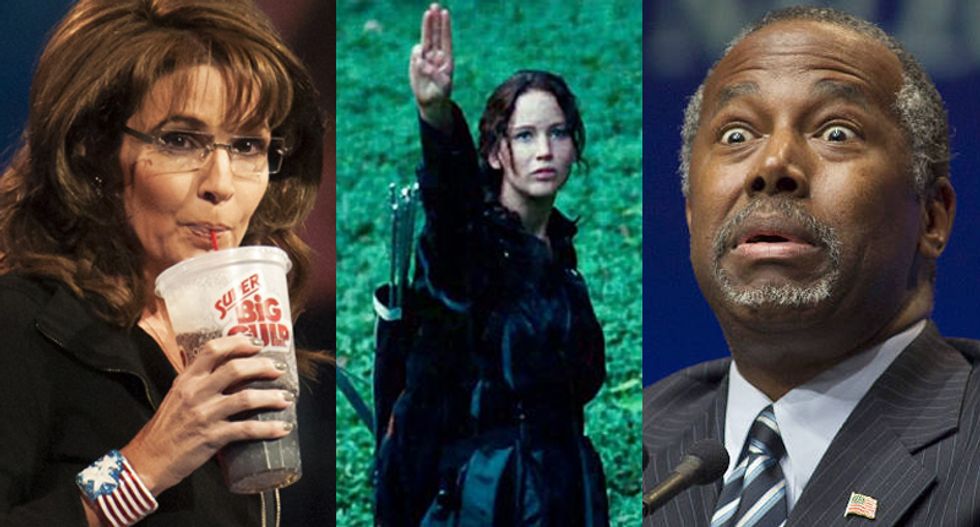 What a time to be alive.

One of the two major political parties with any chance to win the White House in November is about to hand their highly-coveted nomination to a bombastic self-promoting fame-whore narcissistic reality show character.

No. Not Kanye. He's black and it is the GOP after all.

We speak, of course, of Donald Trump whose career on TV as a shouty person seems to have convinced a sizeable cross-section of Americans to think: "Hey, that TV dude would probably make a bitchin' leader of the free world who could be trusted with the nuclear codes."

People who watch reality TV are kind of stupid that way.

Now that it is all but over except for the coronatin,' it is time to pick Trump's running mate.

There is no reason that a campaign that has been notable for insults, taunting, threats of violence and real honest to God actual violence should select a veep via business-as-usual vetting and backroom deals when the Trump public already has a taste of blood.

Odd as it may seem, there are actually people who want to ease on down that tacky faux-gold brick road to likely Trumpocalypse -- hand-in-squatty-fingered-hand -- with Trump, and who have volunteered to be his wingman saying: "Sure. Cool. I'm in. What's it pay? Will there be a drug test?"

But can they really be trusted? Shouldn't they have to demonstrate their fealty to House Trump in all of its tacky splendor?

In the interest of keeping the public invested in the Republican political process, I suggest a Donald Trump VP Hunger Games on pay-per-view prior to the Cleveland convention.

I know I'd pay to watch that.

Trump himself could host it at his Mar-a-Lago property -- with the bloodied winner crowned in one of its tasteful gilded halls.

We start with the man Trump compared to a pedophile during the campaign who in turn used that as a springboard to drop out and join Trump's campaign and could have pulled a Dick Cheney and chose himself when he headed up the search committee. 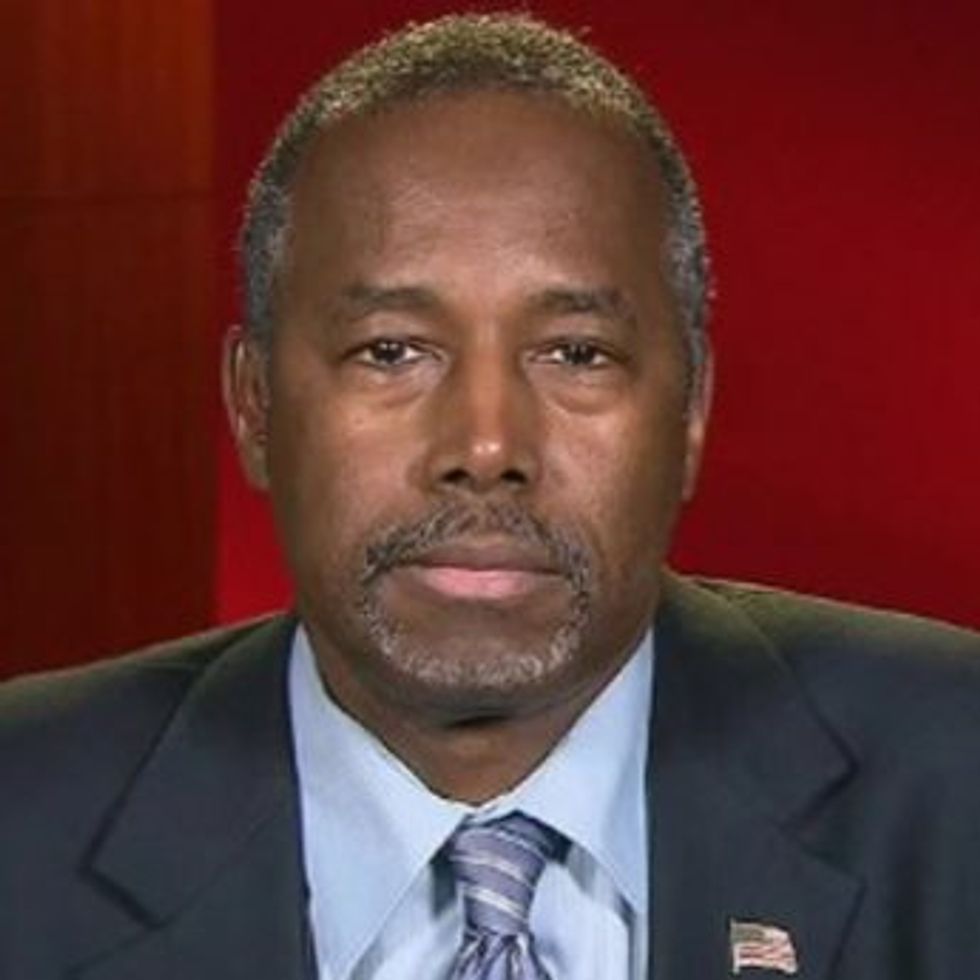 Background: An honest to God real brain surgeon and a very close personal friend of Jesus.

Strengths: This former surgeon is well-trained in the knowledge of where all the major organs are located and where to -- as they say in the medical journals -- "cut a bitch." Carson would be deadly with a blade. In fact. he has a history of violence, once attempting to stab a friend and another time going after his mom with a hammer. Yup, a hammer. His mom. Don't let his sleepy demeanor disarm you. Dude is as cold and passionless as a hospital bill collector.

Weaknesses: Seems drugged most of the time. Could suffer from narcolepsy making him easy prey if you just wait around long enough -- maybe read him a Robert Samuelson column to speed up the process. Likely to die of starvation while vainly searching for a long lost pyramid filled to the rafters with quinoa.

Strengths: Christie combines size with a relentless belligerence which he has mercilessly unleashed upon New Jersey schoolteachers. Christie is a close-in fighter who goes for body blows, although of late he has tired early and -- when finding himself fading -- offers to become a hostage and do his master's bidding.

Christie's head pops up from the foliage where he has been lying in wait.

Cue cannon fire and picture in the sky. 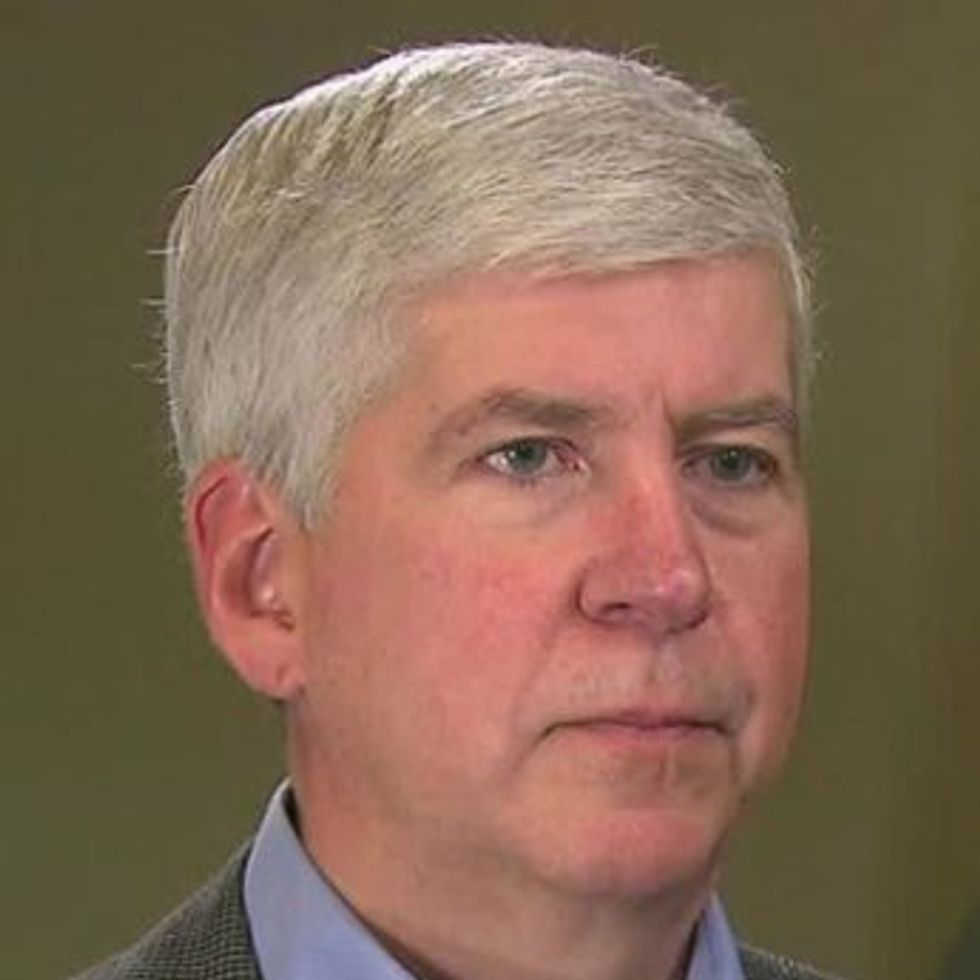 Background: Michigan Governor, former executive, every boss you've ever had who never read your important memos until it was too late and then blamed you.

Weaknesses: Might be in jail, or at least indicted, before the election meaning he will be even more distracted than he was during those months when he was pretending he wasn't poisoning kids. Also few candidates will drink deeply when Snyder hands them an Aquafina bottled filled with what looks like John Boehner's urine. 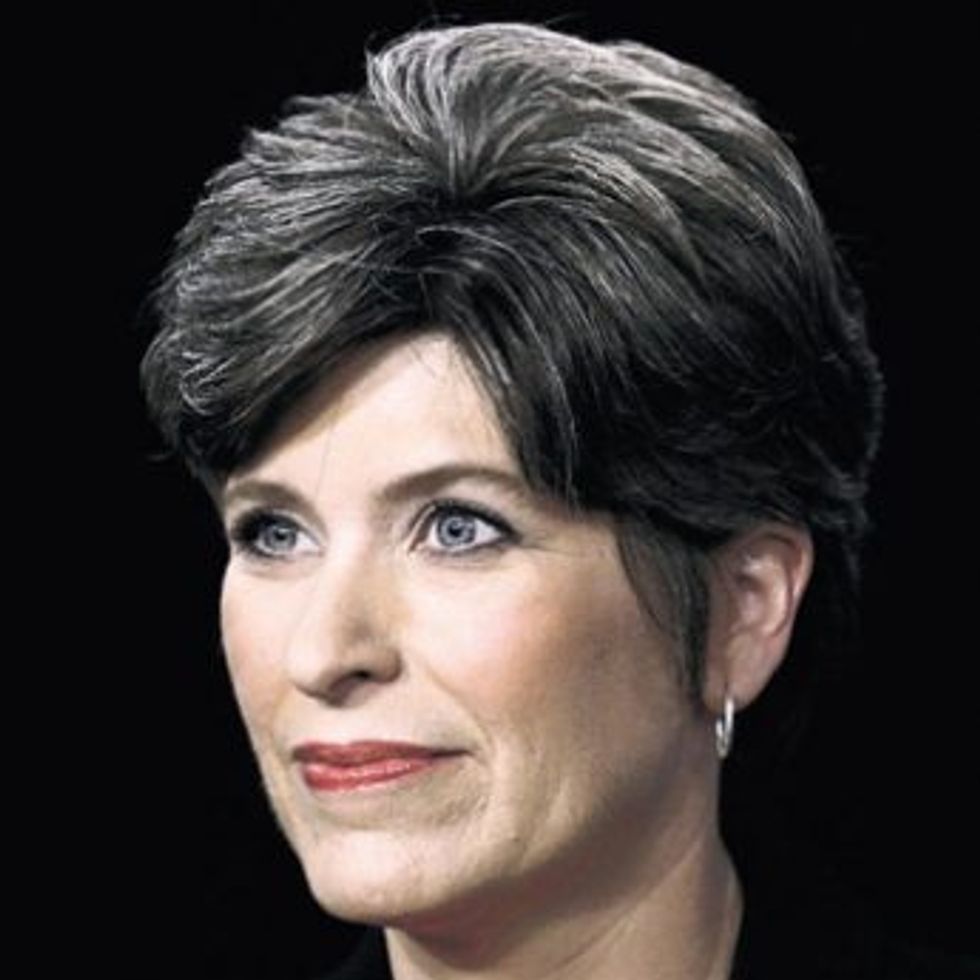 Strengths: Served in the military so she knows about nine ways to kill a man. So skilled with a knife at cutting the balls off of pigs that it was the major feature of her Senate campaign and she was elected solely for that because the people in Iowa are weird. And that is not even the main reason we gladly fly over that state.

Weaknesses: If her maniacal laugh doesn't make it easy to locate her, her distinctive bread-bag footprints make it simple to track her on wet days. 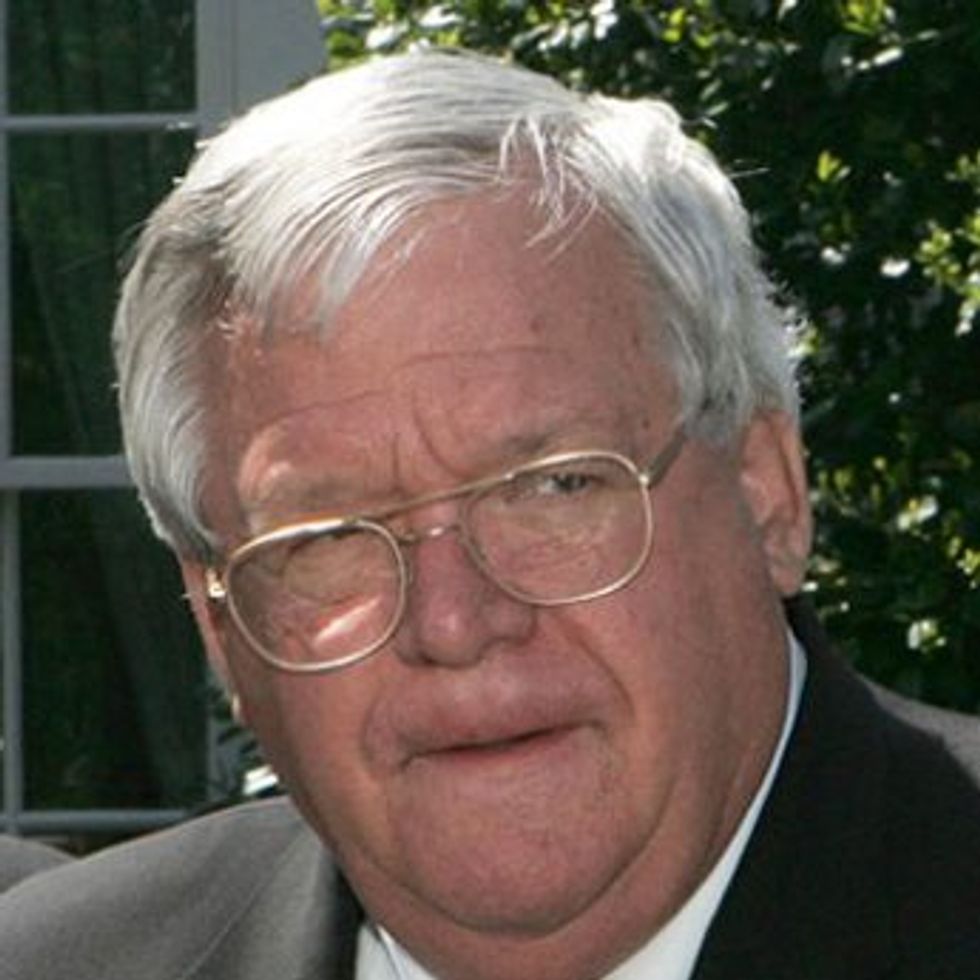 Strengths: Like Christie, Hastert is a close-in fighter using his wrestling skills to force his opponent to bend to his will. Or at least bend their faces to his crotch. His prowess is such that he made it into the Wrestling Hall of Fame for his signature moves: the "Happy Ending Hoist" and the "Double Reverse Dick Grab."

Weaknesses: Slow and old now, Hastert might not be an ideal running mate if he has to stay at least 2,000 feet away from schools, playgrounds, Chuck E. Cheese's and GameStops. 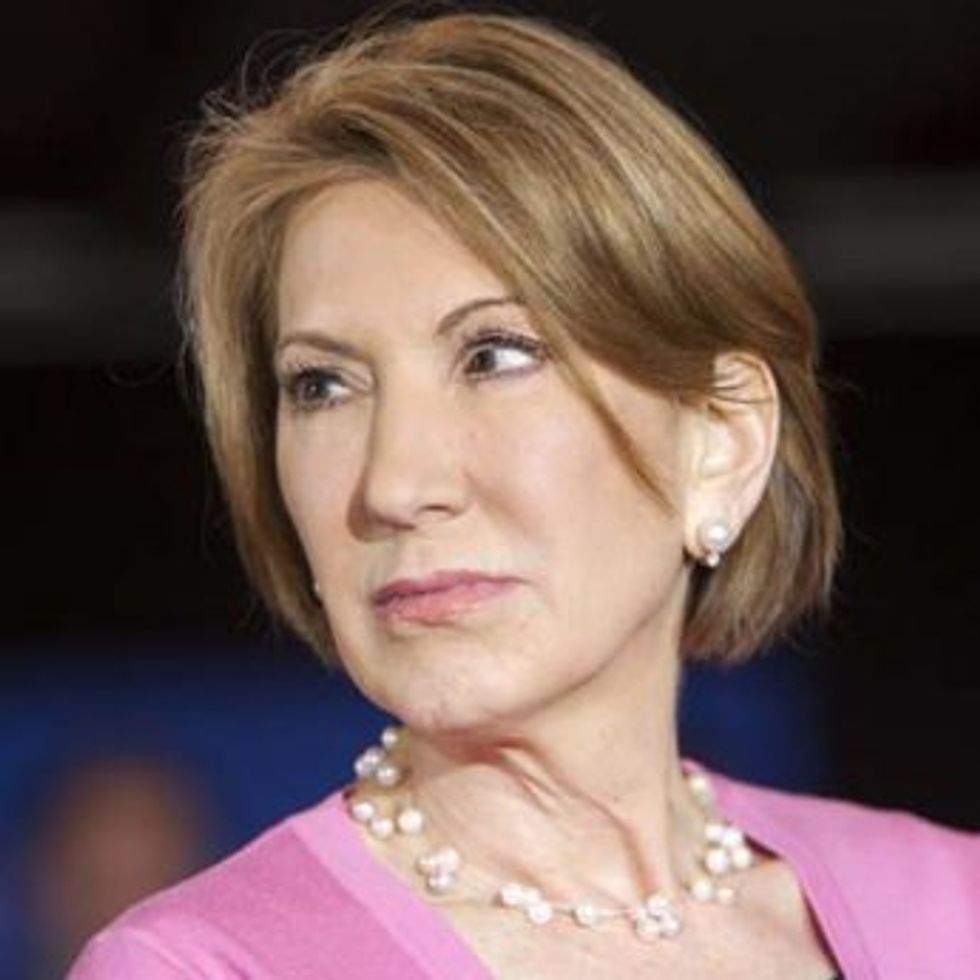 Strengths: Absolutely ruthless, Carly will stop at nothing to win even if it means reordering reality. Also, she killed 30,000 jobs at HP making her the Pol Pot of tech -- but without the charm. 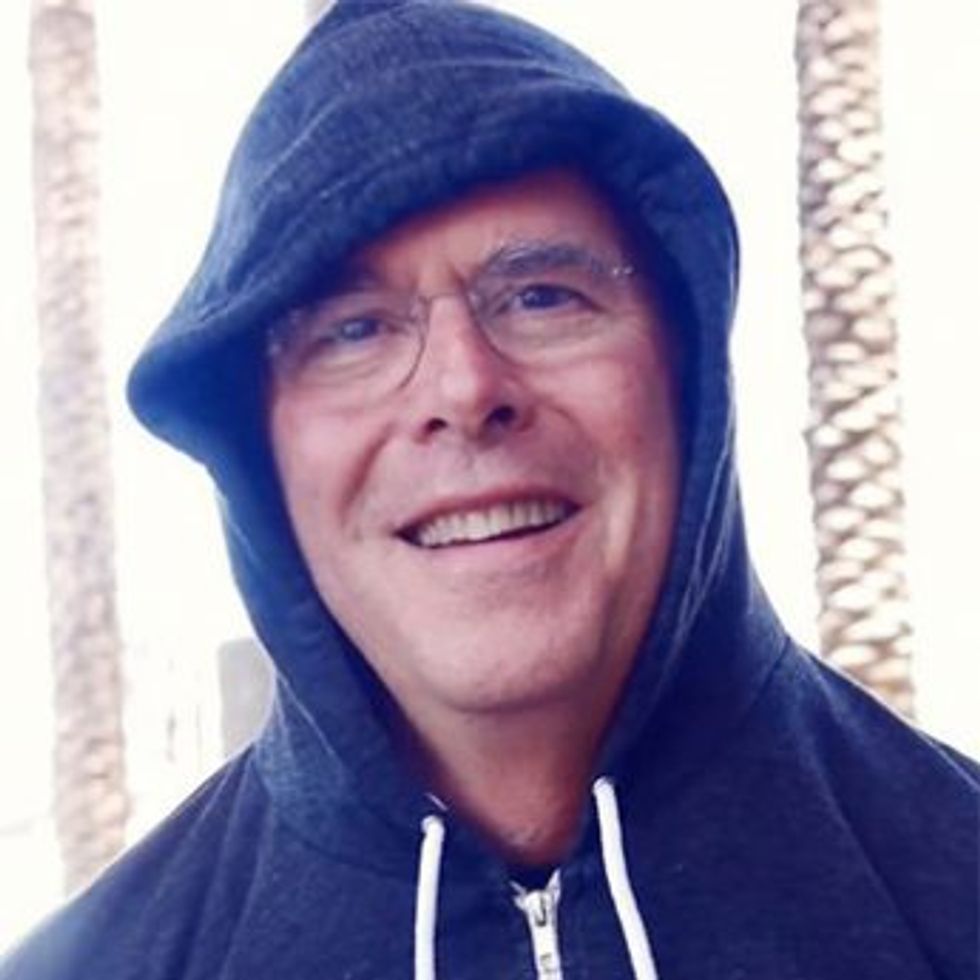 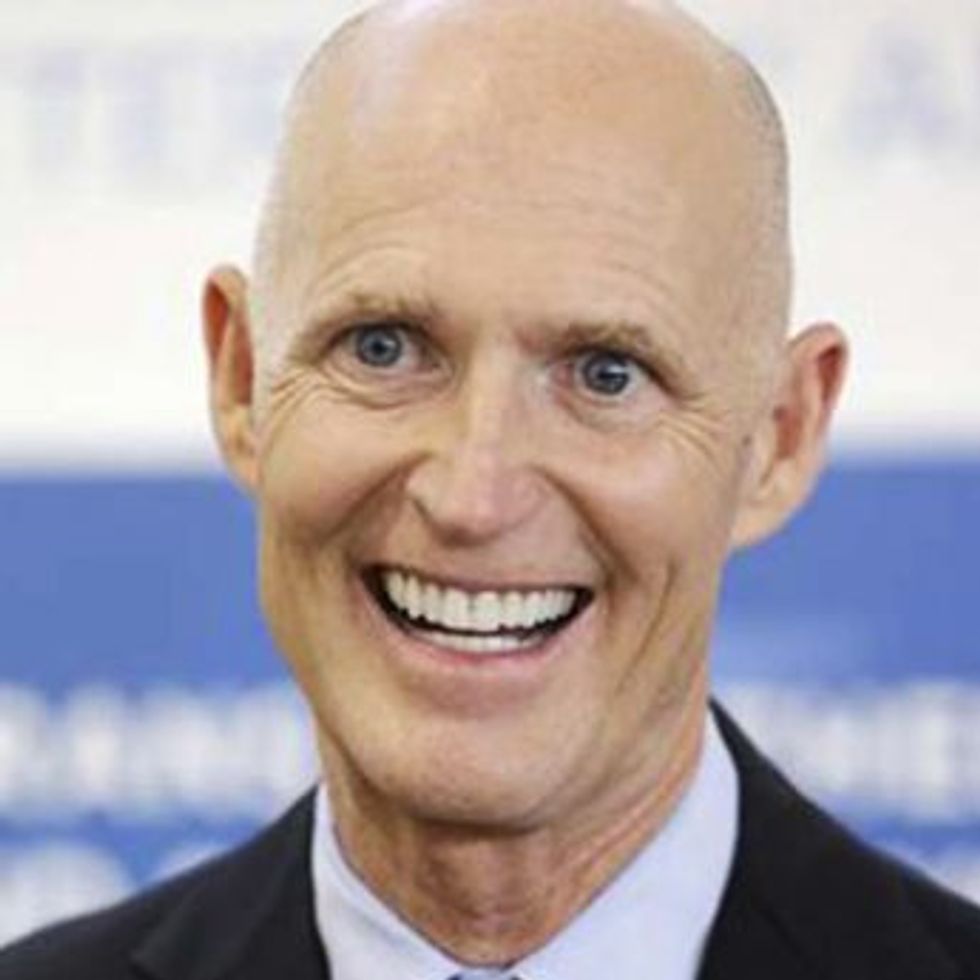 Nom de guerre: That Guy From The Harry Potter Movies Whose Name We Aren't Supposed To Say. Yeah, Him

Background: Governor of Florida, businessman, health care greedhead at Columbia/HCA that paid out over $1.6 billion in fraud settlements to the government.

Strengths: The embodiment of evil,  Scott is the elected head of a state most notable for "Florida man [does something indescribably horrific and, Christ almighty, what the hell is wrong with people down there?]" headlines. He is Florida Man and all that that entails.

Weaknesses: Unable to look at own reflection lest he be sucked into a vortex of nothingness -- so still waters and mirrors can be an issue. Also, boy wizards. 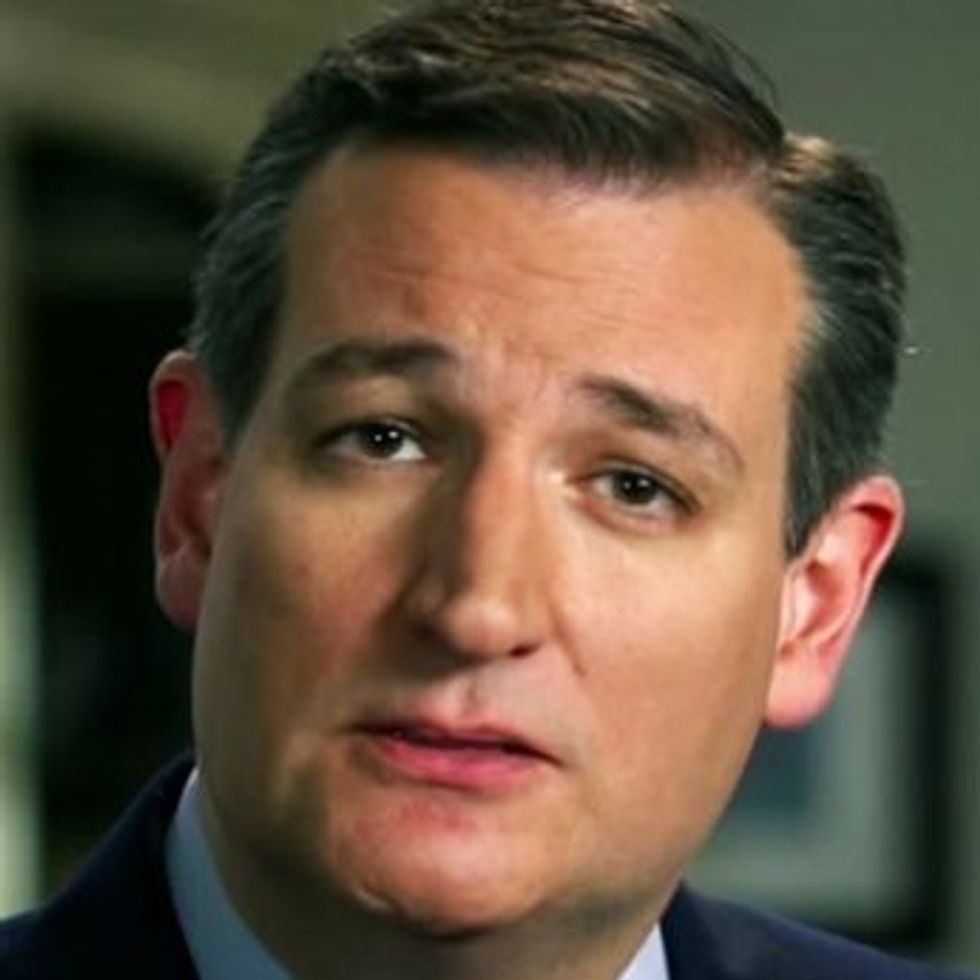 Nom de guerre: Lucifer in the Flesh or Creepface or The Mancanadian Candidate

Strengths: Cold-blooded indifference to anyone not named "Ted Cruz" -- including the wife and mother of his children. Described as being preternaturally smart at a very young age, there are some who say that he went on a murder spree in Northern California before he was born -- which his wife all but admitted, saying: “Well, I’ve been married to him for 15 years, and I know pretty well who he is, so it doesn’t bother me at all. There’s a lot of garbage out there." Nice non-denial denial, lady.

Weaknesses: Under most circumstances, Cruz would be the odds on favorite to come out on top, but no matter how many times he claims to have a close personal relationship with Jesus, it would appear that Jesus is just not that into Ted. Likely scenario has Cruz a victim or two away from claiming victory before he is beat senseless and to the ground by a rain of frogs from the sky, struck by lighting and then consumed by a plague of locusts. The Earth will then open up and his bones with plummet to the bowels of hell. Satan will not be pleased. 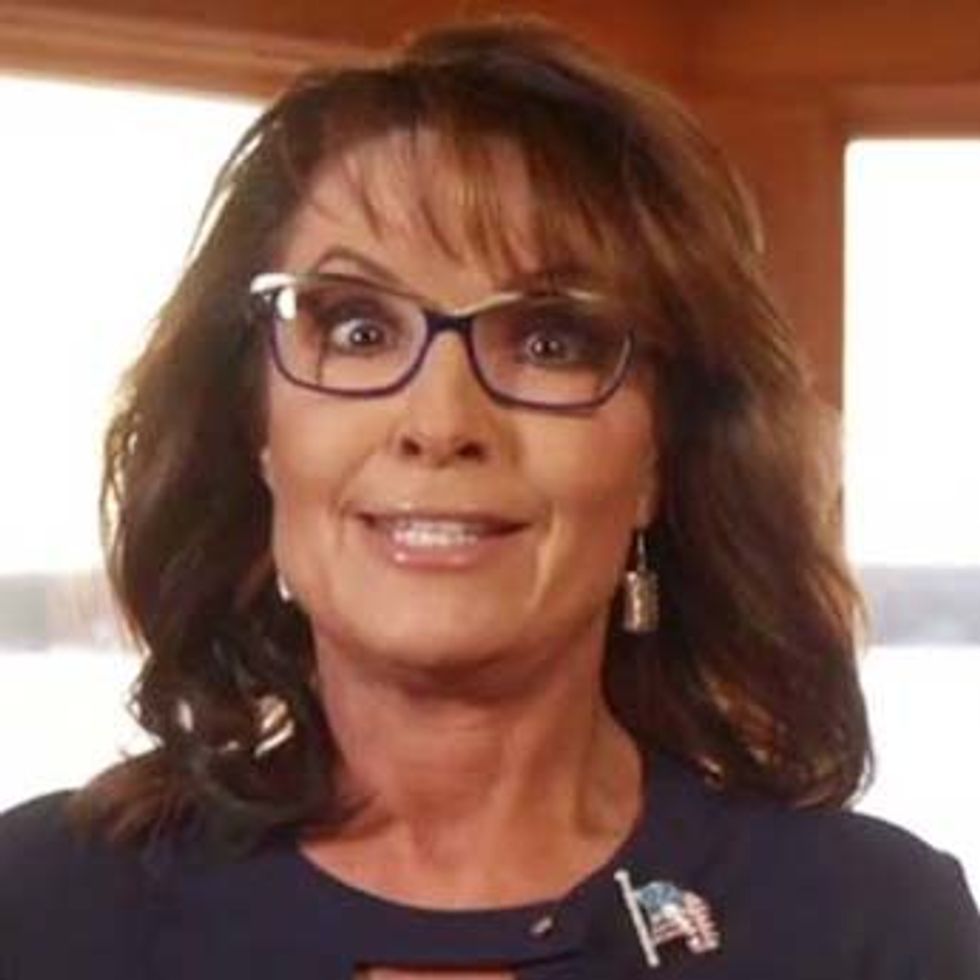 Background: Half-term governor of Alaska, reality star, post-structuralist motivational speaker with an emphasis on Jesus and the freedoms of America and, y'know, Founding Fathers' thingamabobbies and whosits.

Strengths: This notoriously scrappy hockey mom/pitbull knows how to gut a fish and gun down a wolf from a small plane. Just like she has done to the moose of Alaska, Palin will mercilessly slaughter her victim and use their flesh to make her world famous chili (kitchen hint: a pinch of meth to give it some "kick").  While a formidable opponent when going Sarah-a-mano, Palin family wildlings are also likely to come swarming from out of nowhere to assist her --depending upon who is pregnant at the moment.

Weaknesses: Who are we kidding? She'll quit. She'll see something shiny -- like a spot on Celebrity Rehab or a 70 percent off sale on bangle bracelets at Chico's -- and go wobbling away like a sugared-up toddler. 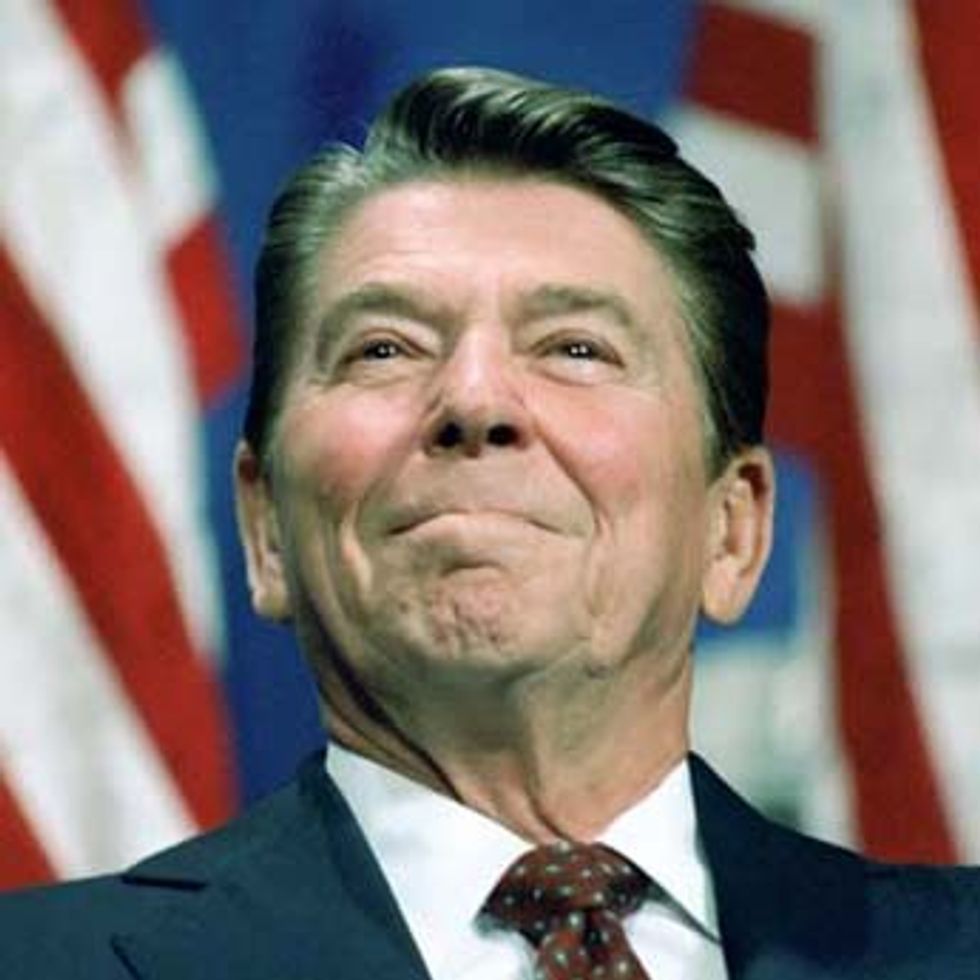 Nom de guerre: Daddy -- But Not Like You Say During Sex Because That's Gross

Strengths: No myth is more enduring than the power of Reaganism. Not "jet fuel can't melt steel -- and here's a YouTube video to prove it" or "Marisa Tomei totally didn't win that Oscar in 1992." A belief in Reaganism "can't be bargained with. It can't be reasoned with. It doesn't feel pity, or remorse, or fear. And it absolutely will not stop, ever, until the middle class is dead." No candidate dare oppose him lest they get a late night visit from Reagan hagiographer Peggy Noonan wearing nothing but a suicide vest.

Weaknesses: Granted, Reagan died in 2004. But if Clint Eastwood can talk to an empty chair at the 2012 convention to the childish delight of conservatives, a bag of bones dumped on the steps of the Naval Observatory by Amazon shouldn't be a deterrent. Besides -- if you are an originalist -- the Constitution doesn't say anything about the veep having to be alive.

You can look it up.