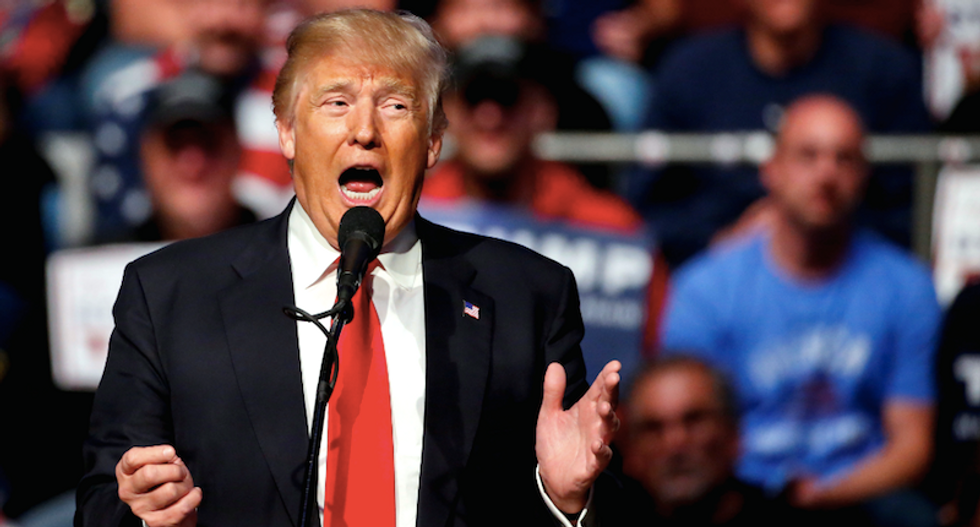 Donald Trump has said and done quite a few controversial things over the past year during his successful run for the Republican presidential nomination. Now that he's the presumptive nominee, however, he wants the country to forget about all those things.

But how to do it? Talking to The Washington Post, Trump trotted out an explanation for an incident that occurred last November where he made fun of a New York Times reporter's physical disability, and it's about as cringe-inducing as you can imagine.

"I would never say anything bad about a person that has a disability,” Trump told the Post. “I swear to you it’s true, 100 percent true.. . .Who would do that to [the] handicapped? I’ve spent a lot of money making buildings accessible.”

This in and of itself is pretty remarkable.

First of all, Trump is required by law to make his buildings accessible to people with disabilities -- he's not doing so out of the goodness of his heart. Second, the notion that he's made his buildings accessible and thus would never say anything bad about someone with disabilities makes about as much logical sense as believing that eating a taco bowl means he "loves Hispanics."

As amazing as this is, what comes next might be even more incredible. Specifically, the Post says that after talking about how many buildings he has made accessible, "Trump then satirically reenacted the scene, his arms jerking all around, and said he was trying to show 'a guy who grovels — ‘Oh, oh, I didn’t say that. I didn’t say that.’ That was the imitation I was doing. Now... is that a believable story?'"

For the record, this was the video of Trump mocking a reporter's disability. Watch it for yourself and decide if it's "a believable story":