Horse racing in the United States faces an uncertain future 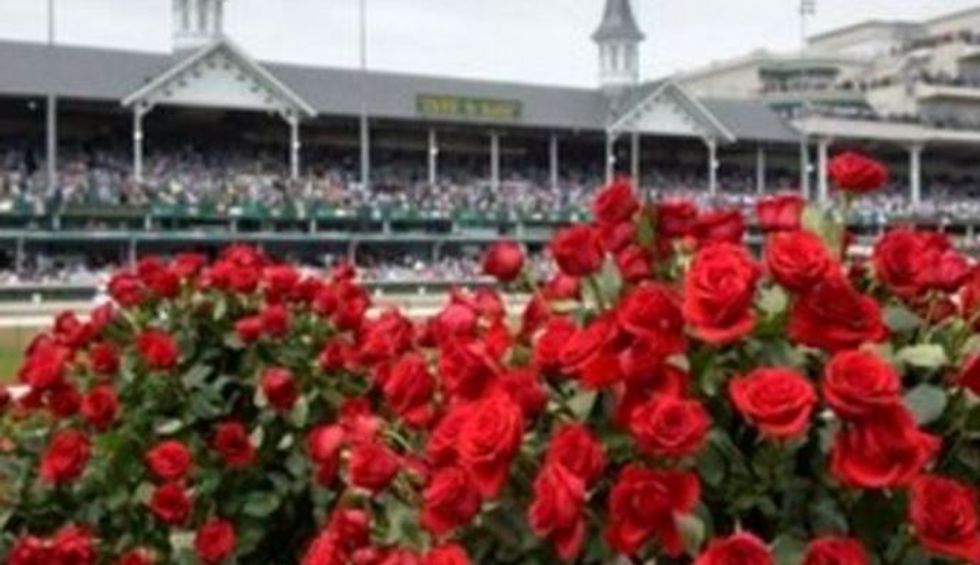 May 7, 2016; Louisville, KY, USA; General view of roses and the twin spires before the 142nd running of the Kentucky Derby at Churchill Downs. Mandatory Credit: Jamie Rhodes-USA TODAY Sports

A year after American Pharoah became the first horse since 1978 to win the Triple Crown, U.S. thoroughbred racing officials have struggled to build on that excitement or agree on whether the sport needs a commissioner to rein in its disparate players.

Saturday's running of the 142nd Kentucky Derby, the most famous race in America and the first in the Triple Crown series of three races, puts horse racing at the center of attention for many sports fans, a place it only rarely occupies.

Some who see dark clouds for the industry advocate placing it under the control of a single person, at least as it comes to drug testing for the horses to crack down on cheating. Others question the need to horse around with a formula that has worked for decades in a $25 billion industry.

In a sport in which a star horse captures headlines like American Pharoah but then retires the next year to make the real money in breeding, arguments are playing out over whether a commissioner is needed, or perhaps a group of leaders.

"It is the very nature of the regulatory framework, the pervasive regulation on a state-by-state basis, that prevents us from solving our own problems through a commissioner's office the way football can do or the way baseball can do," he added.

He voiced support for House legislation that would turn drug testing in the sport over to the U.S. Anti-Doping Agency, the nongovernmental organization that handles drug testing for U.S. Olympians.

Many industry executives said the lack of a central authority in a sport with 38 racing jurisdictions and large race track owners like Churchill Downs <CHDN.O>, which owns the Derby, may be holding the industry back.

"We have not been even remotely close to getting everyone on the same page, and I can say with the utmost certainty that will never happen. We need federal oversight and we need it now," celebrity chef and horse owner Bobby Flay told the House hearing.

While a super horse like American Pharoah occasionally jolts the sport's popularity, the long-term trend is worrisome. Horse racing once was among the most popular U.S. sports, but its popularity faded in the second half of the 20th century.

A Harris poll in January underscored the problem. It found that only 1 percent of Americans listed horse racing as their favorite sport. It ranked as the 13th most popular sport, just behind swimming and track and field. In 1985, horse racing ranked eighth, with 4 percent calling it their favorite.

In 2011, the Jockey Club, the sport's breed registry, commissioned a study on challenges faced by the industry. The idea of a commissioner to oversee horse racing was not even discussed because it was seen as unrealistic. The report concluded the sport was losing the battle for bettors and fans.

After hitting a peak of $15.2 billion in 2003, the money wagered on races in the United States fell to $10.6 billion last year, according to the Jockey Club. With so many gambling and entertainment options, horse racing has suffered.

"We're no longer the only game in town," said Alex Waldrop, the National Thoroughbred Racing Association's president. "There are casinos on every street corner."

'SKY IS NOT FALLING'

With online betting and a push to build tourism at the farms where American Pharoah and other popular horses retire to breed, many contend the industry remains strong.

"The sky is not falling," said Bob Baffert, who trained American Pharoah in the horse's Triple Crown triumph.

Some in the industry feel it should not mess with its current formula. The 2015 total for money wagered on races rose 1.2 percent over 2014 and has risen 4.4 percent in the first four months of 2016 compared to the same period a year ago, according to the Jockey Club and Equibase, which tracks the industry.

But many tracks now offer casino gambling as a means to survive.

Mike Pegram, chairman of the Thoroughbred Owners of California, expressed worry and said there are no easy fixes.

"The Derby is bigger than ever," said Pegram, whose horse Real Quiet finished four inches (10 cm) short of winning the Triple Crown in 1998. "It's the everyday racing that's still struggling."

Timothy Capps, director of the University of Louisville's equine industry program, said the sport has not marketed itself effectively.

Neal Pilson, a sports consultant and former president of CBS Sports, said having a commissioner would not work.

"You can have all the commissioners in the world, but he's not going to control the economics of the sport, which dictate that the ownership has to take the horses out of competition in order to recover their investment," Pilson said.

(Reporting by Ben Klayman in Detroit; Editing by Will Dunham)