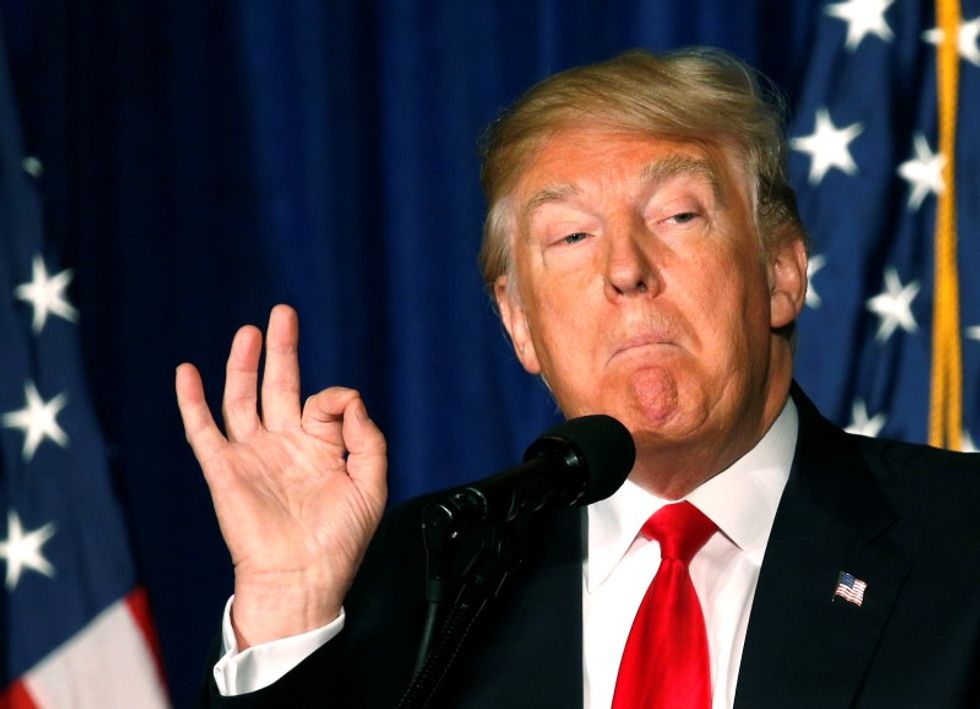 Donald Trump's success in the race for the White House may well depend on the support of Republican evangelicals suspicious of the front-runner's more liberal side as he discloses his social views.

A New York businessman who has never held public office, Trump has had some success with evangelicals in states such as South Carolina.

But there are signs of slippage on the eve of Tuesday's nominating contest in Indiana, a conservative Midwestern U.S. state that has voted Republican in nine of the last 10 presidential elections.

Trump, 69, has taken stances on Planned Parenthood family clinics and gay and transgender rights that raise Christian conservative concerns, including in such states as Indiana where they make up a high proportion of voters.

Most previous Indiana opinion polls showed a tighter race with Trump leading Cruz by only a few points. A Trump win in the state could be crucial to his chances of securing the nomination but may also offer a gauge of whether he can rally evangelicals.

Cruz, 45, emphasizes his Christian faith on the campaign trail. Focused on Indiana, he says Trump is not an authentic Republican.

Trump has praised Planned Parenthood family clinics as having helped millions of women even if he opposes funding its abortion component. He backs letting transgender people use the bathroom "they feel is appropriate."

If evangelicals are unenthusiastic, they could sit out the Nov. 8 general election, potentially handing the White House to former U.S. Secretary of State Hillary Clinton, the Democratic front-runner, or her rival, U.S. Senator Bernie Sanders.

“The fear is a lot of them are going to stay home,” said Bob Vander Plaats, a leading evangelical activist in Iowa. “You can’t win without our base.”

Trump rankled some social conservatives by criticizing North Carolina’s controversial law that requires transgender people to use the bathroom of the gender of their birth. "The restroom thing is big with a lot of people,” said Shan Rutherford, a pastor in Greenwood, Indiana.

Rutherford said he was initially drawn to Trump’s message, but was put off by his stance on social issues and his insulting demeanor on the campaign trail. Rutherford, who backs Cruz, said if the White House race came down to Trump versus Clinton, he might not vote.

The Pew Research Center says 45 percent of registered Republican voters nationwide identify themselves as “born-again” or “evangelical.” Pew also found that only 44 percent of Republicans view Trump as a religious person. By contrast, 76 percent viewed Cruz that way.

Cruz has assailed Trump for his stance on the North Carolina bathroom law. Trump has said there have been few problems with transgender people using bathrooms. He also has said the question should be left to states to decide.

Cruz charges allowing grown men in bathrooms with little girls is “opening the door for predators.”

On Friday, Cruz was endorsed by Indiana Governor Mike Pence, a social conservative who last year signed a bill that critics said could be used by business owners to deny services to same-sex couples.

Cruz has deployed his father, Rafael Cruz, an evangelical minister, as a surrogate in churches in Indiana.

A Reuters/Ipsos tracking poll showed 19 percent of respondents would not vote in a White House race between Trump and Clinton. But when filtered to those who attend church nearly every week, the number jumped to 28 percent.

The party cannot afford a low turnout in November. Demographic trends in recent years have favored Democrats, with the pool of Republican voters, overwhelmingly white and older, steadily shrinking.

Eric Houseman, a paramedic from Indianapolis who attended a Cruz rally in Franklin, Indiana, predicted Trump would lose support through such missteps as inaccurately referring in January to a book of the Bible as "Two Corinthians” rather than Second Corinthians or Corinthians II.

“People are beginning to see he’s a lot of talk,” Houseman said.

Upstate, Ron Johnson, pastor at the Living Stones Church in Crown Point, votes Republican but was adamant that he would not vote for Trump. Trump does not share his Christian values, Johnson said.

“I am not going to be part of the demise of this country,” he said.

But Mark Burns, a South Carolina pastor who has become a leading Trump surrogate in the media, said Trump’s appeal to evangelicals does not stem from the strength of his religious views.