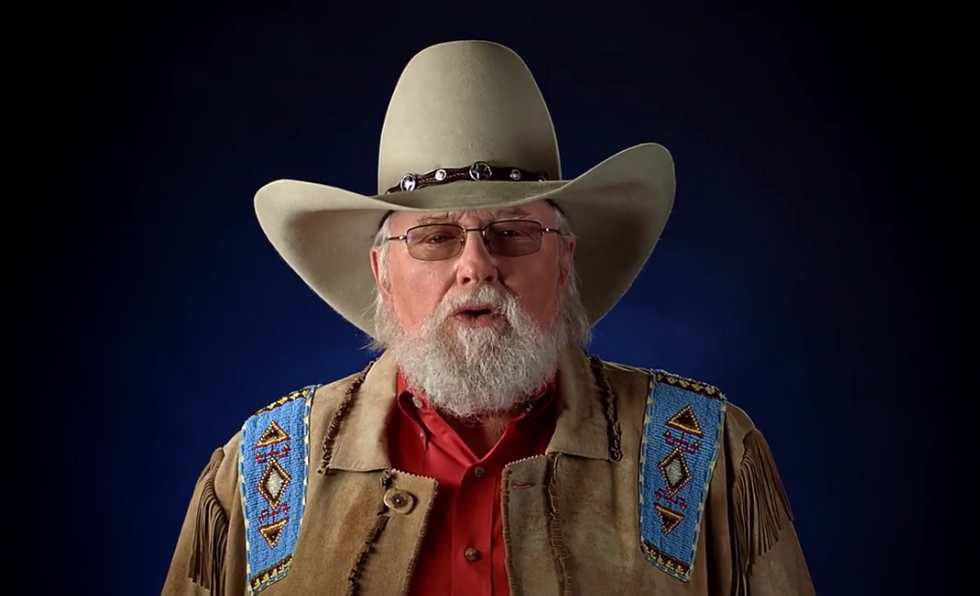 An NRA member warns the Iranians that Americans are a bunch of angry gun nuts that shouldn't be trifled with. (Screen cap via NRANews)

The National Rifle Association wants the government of Iran to take heed: The United States of America is much crazier than President Barack Obama is letting on. In a new video message that's addressed to the "ayatollahs of Iran and every terrorist you enable," an NRA supporter warns Iran that the real America is nothing like "our fresh-faced flower child president and his weak-kneed, Ivy League friends."

So what is real America, you ask? It turns out that they're the people the Iranians haven't met yet.

"You haven't met the heartland, or the people who will defend this nation with their bloody, calloused, bare hands, if that's what it takes," the video informs us. "You haven't met the steelworkers and the hard-rock miners, or the swamp folks in Cajun country who can wrestle a full-grown gator out of the water. You haven't met the farmers, the cowboys, the loggers and the truck drivers. You don't know the mountain men who live off the land, or the brave cops who fight the good fight in the urban war zones."

So there you have it: America is either people who do physical labor out in the countryside or police officers who keep a lid on troublesome city folk.

"No, you've never met America," the video concludes. "And you oughta pray you never do."

It goes without saying that a lot of Americans probably feel the same way.

Check out the whole video below: