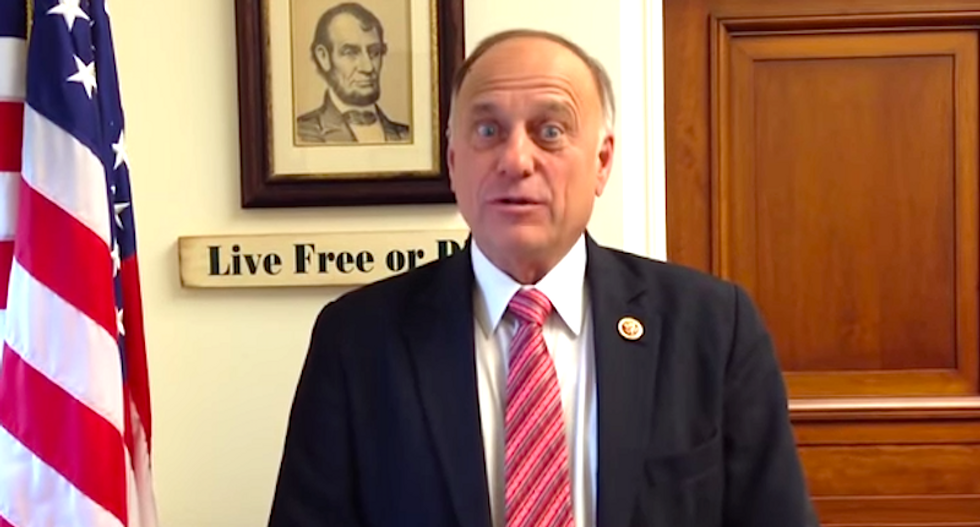 Rep. Steve King (R-IA) is terrified about the influx of "sweaty women" our country will have if transgender people are allowed to share a bathroom.

In an appearance on Simon Conway's radio show, King addressed the Obama administration's guidance on transgender youth using whatever bathroom matches their gender identity, according to BuzzFeed News. The Iowa Congressman urged Americans to take to the streets in protest.

"We should call for civil disobedience here. And there’s no reason for us to follow an unconstitutional edict from the president, who is on his way out the door," he said.

King also told Conway that the only reason the White House came out on this issue was because the U.S. Commission on Civil Rights' "personnel needed to find more things to do."

"That is the root of this school policy or where Obama got it from," King said. "So we’re going to explore that more fully. I need to be more astute at how movements begin. The genesis of these kinds of policies. So that we can go find them before they proliferate and become contagious across the countryside."

Conway remarked that his daughters won't want to shower at the gym anymore out of fear.

"Well, and that will probably change our culture," King agreed. "We’ll have a bunch of sweaty women around."

Listen to the full conversation below: