Is this the dumbest way people try to pass a drug test? 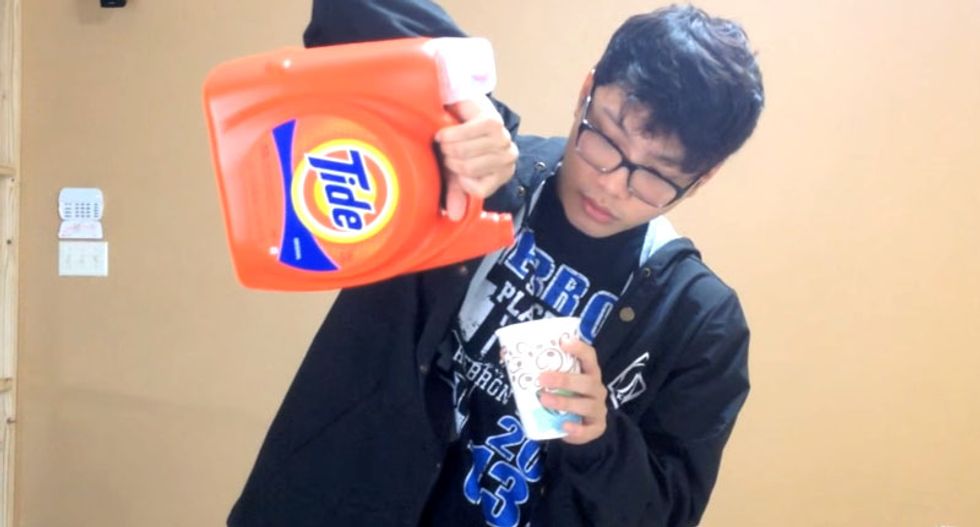 Trying to pass a drug test when you think you’re likely to test positive can be stressful. You can turn to safe-but-dubious options like drinking cranberry juice and hydrating yourself thoroughly. Or, if you feel like wasting money, there are a number of products you can purchase online that will make you feel more confident—until you learn too late that they don’t work.

Sadly a growing number of people, under pressure to avoid testing positive for marijuana, turn to much riskier substances, like K2 and other “synthetic cannabinoids.”

Whatever you do, there is one thing that you should never consider: drinking bleach. To be crystal clear, drinking bleach will not, in any way, help you pass a drug test, and it can kill you.

In my old drug-using circles, rumors often circulated of people chugging the cleaning product in a futile attempt to avoid pissing hot. Last year, Mobile County Alabama Sheriff’s Office confirmed the disturbing practice to a local affiliate of Fox News. Appallingly, local teenagers had been drinking bleach to avoid the harsh consequences of testing positive for any number of safer substances.

It will take time to shift the focus away from testing kids for marijuana and towards simply prioritizing their safety through accurate drug education. In the meantime, there is a tremendous amount of misinformation available online that could have tragic consequences.

One Yahoo Answers thread on bleach-drinking, for example, includes some horrifying and dangerous “advice.” Here are a couple of examples:

“I’m an old ER nurse and we saw kids all the time that drank bleach. Why they will drink that and not eat vegetables is beyond me. You will come to no harm. It will not hurt you. They put chlorine in our drinking water..although not such a strong amount all at once. Just dilute it with some water”

“nothing happens to you, my daughter drank about a 1/4 cup by accident when she was 18 months old and I called poison control and they said it does not harm your body at all it could make you a little sick but actually cleans out your system”

There’s a lesson here about zero-tolerance drug policy. The eradication of damaging consequences for failed drug tests would end the possibility of young and/or credulous people relying on “information” like this.