Jon Stewart warns military: President Trump is going to make you paint his name on everything 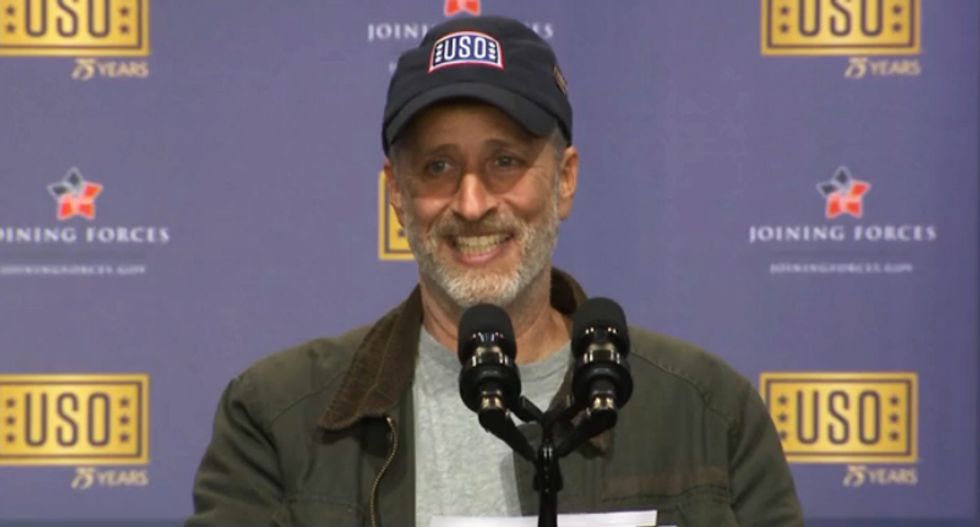 Co-emceeing at an event celebrating the anniversary of the the USO, reclusive comedian Jon Stewart got in some shots at presumptive GOP presidential nominee Donald Trump, warning military attendees, "Trump is gonna keep you busy when he’s the Commander-in-Chief."

Speaking at the Joint Base Andrews on the 75th anniversary of the organization, Stewart jumped right into the current political season.

Noting that Vice President Joe Biden has a history of saying things that "might sound crazy," Stewart immediately turned his focus to Trump.

"Who would have thought that now, that gets you the Republican nomination?" Stewart said to laughter, before smirking and adding, "Don’t worry, Trump’s gonna keep you busy when he’s the Commander-in-Chief. You’re gonna have to paint all the planes with 'Trump' in big gold letters. You’re gonna be busy."