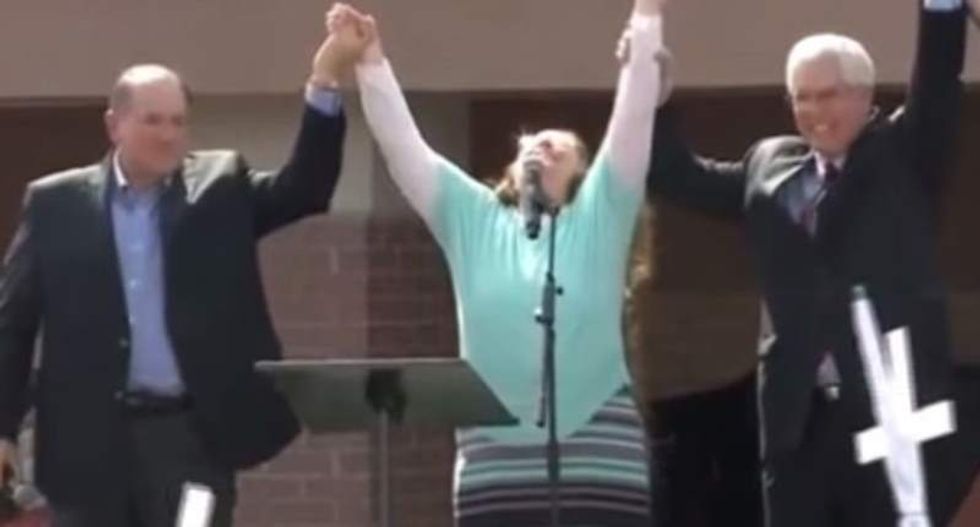 The law firm, Liberty Counsel, sent out a press release on Friday claiming credit for the bill that makes it a felony crime for doctors to perform abortions and also causes them to lose their professional licenses.

"SB 1552 was authored by Sen. Nathan Dahm," the press release reads. "Yet this legislation was initiated by a local pastor, Paul Blair, with the support and guidance of Liberty Counsel."

Mat Staver, Liberty Counsel founder and chairman, called the bill a "very positive step toward affirming the value of human life by taking away ability to murder children. Liberty Counsel stands ready to defend this legislature if it is challenged."

The bill seems headed for litigation, with the Center of Reproductive Rights calling on Oklahoma Gov. Mary Fallin to veto it, describing the bill as being in "contravention of long standing federal and state constitutional principles as well as basic human rights."

Oklahoma is facing a $1.3 billion budget shortfall and has been criticized for controversial, ideologically-driven legislation that can't stand up in court.