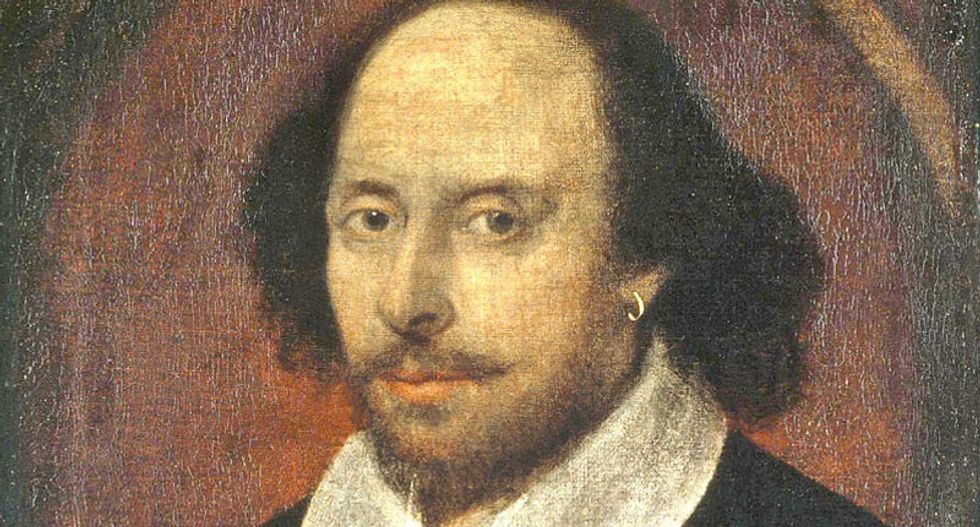 British archaeologists raised the curtain Thursday on a 16th century theatre which staged William Shakespeare plays like "Romeo and Juliet" and where the bard himself acted in "London's first theatreland".

The Curtain Theatre put on productions between 1577 and 1625 as one of the city's first two purpose-built theatres, but all traces of it were subsequently lost over time.

Its location in Shoreditch, east London -- a vibrant party district dotted with restaurants, bars and clubs -- was eventually pinpointed in a trial excavation in 2011.

Researchers started a more detailed dig at the site six weeks ago and have been revealing their preliminary findings this week.

"We knew that Shoreditch was the birthplace of drama in London -- this is London's first theatreland.

"We knew that there were two playhouses, The Theatre and The Curtain, but we didn't actually really know where The Curtain was."

The two predate the most famous theatre associated with Shakespeare, The Globe, built on London's South Bank in 1599.

Shakespeare's play "Henry V" had its debut at The Curtain, while "Romeo and Juliet" was also staged there.

The bard himself -- the 400th anniversary of whose death is being marked this year -- also starred in a production of Ben Jonson's "Every Man In His Humour" at The Curtain.

Knight said that The Theatre, located 200 metres away, and The Curtain were the first purpose-built theatres in London, where performances previously took place at inns or royal courts.

Having the plays staged in a dedicated theatre for the first time would have allowed audiences to have a much more "immersive" experience than at an inn, she added.

"When you close that front door, you can then be transported," she added, explaining this would have shut out noise from the world outside.

Nevertheless, the plays, staged in the afternoon to make the most of daylight, would have had a lively atmosphere.

"The audience would, I think, have been quite riotous at the time," Knight said.

"The actors are close to the audience, the audience leaning up on stage -- it's a real kind of visceral experience."

The archaeological dig comes ahead of the site's development as a new retail, office and residential complex into which the remains of the theatre will be incorporated.

As office construction booms in London, a string of such digs have unearthed the city's multi-layered past in recent years.

These have included the excavation of a burial ground for victims of the Great Plague in 1665 next to Liverpool Street Station, one of Britain's busiest commuter railway stations.