Maher: Fake 'maverick' John McCain should oppose Trump if only to make up for Sarah Palin 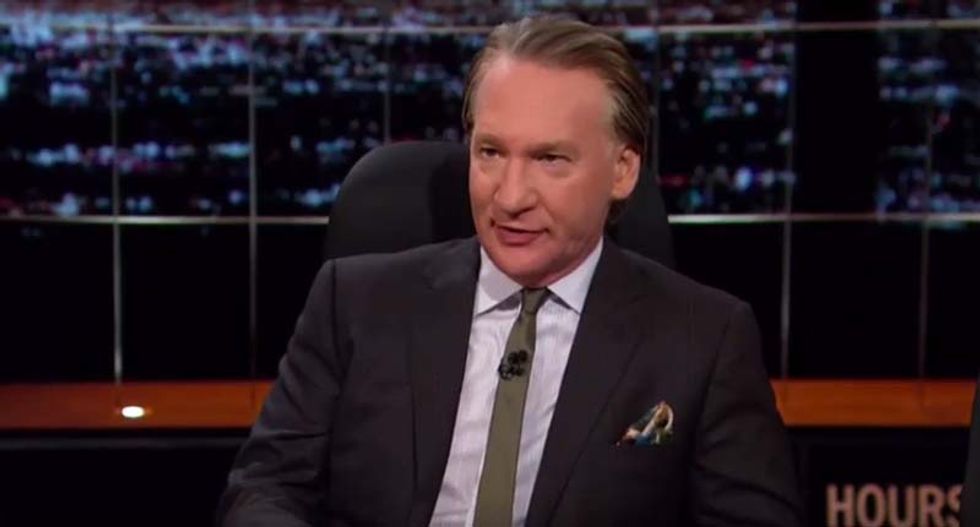 On Friday night's Real Time, host Bill Maher took Republican leaders to task for getting behind presumptive presidential nominee Donald Trump despite the fact that they clearly despise him.

Maher aimed his ire at House Speaker Paul Ryan who --while not endorsing Trump -- helped smooth the water a bit by meeting with Trump this week to discuss 'Republican principles."

Maher quipped that, when it comes to "Republicans principles," it is a short conversation.

As for principles, Maher went after 2008 Republican presidential nominee John McCain for getting behind Trump despite huge differences, including the use of torture -- which Trump favors -- and something McCain knows all too well and opposes.

Calling the campaign a "What did you do in the war, Daddy?" moment, Maher lit into McCain by noting he is at the end of his career and Trump's candidacy gives him the opportunity to act like the "maverick" he claims to be.

"Isn't anything more important than hanging on to the job forever?" Maher suggested. "He was known as the maverick. He could have gone out by being the guy who was very much against Donald Trump to make up for his picking Sarah Palin."

"I just gotta say, if the position was reversed, and there is no Democratic equivalent to Donald Trump. The closest I can think of is Kanye West," the HBO host continued. "But if the Democrats put up Kanye West, and the other side put up Mitt Romney. I'd be like 'Yeah, I don't like Mitt Romney, I disagree with everything he says, but he's a normal human being. I would vote for Mitt Romney.'"