Maine progressives mock Tea Party Gov. Paul LePage by urging him to run for US Senate 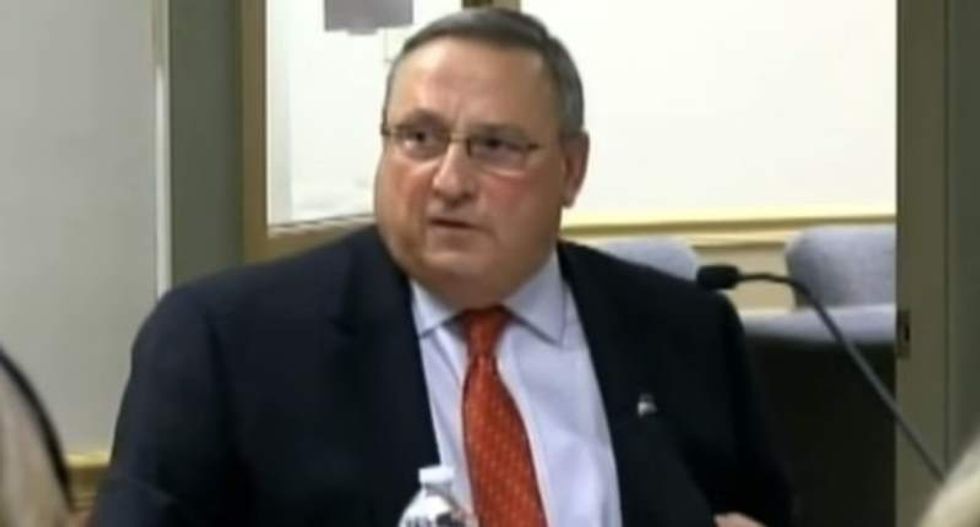 Maine's Tea Party Gov. Paul LePage has been hinting at a U.S. Senate run -- and the state's progressives stifled their laughter long enough to say, "Go for it."

The petition removes any doubt about the campaign's intentions by mocking the deeply unpopular LePage and his perceived chances of defeating the conservative King, an independent who also served as governor.

"Your opponents deserve the delicious schadenfreude of watching the Hindenberg-level disaster that a LePage Senate campaign will deliver," the petition states.

While the governor's many opponents don't rate his chances of defeating King very highly, Tipping notes that some experts think LePage could do it.

Syndicated columnist Al Diamon says the governor has been hitting King with "farcical claims that the senator has so far not bothered to refute."

Even though LePage has apparently been pulling those claims out of thin air, Diamon says his chances of knocking off King are a bit more solid.

“The guv is already in full campaign mode. Unless King makes a similar shift, it’s not that farfetched to imagine LePage taking his seat on the Senate floor in 2018,” Diamon wrote.

LePage has gained national attention for his prickly reaction to critics, racist comments and meetings with anti-government extremists.