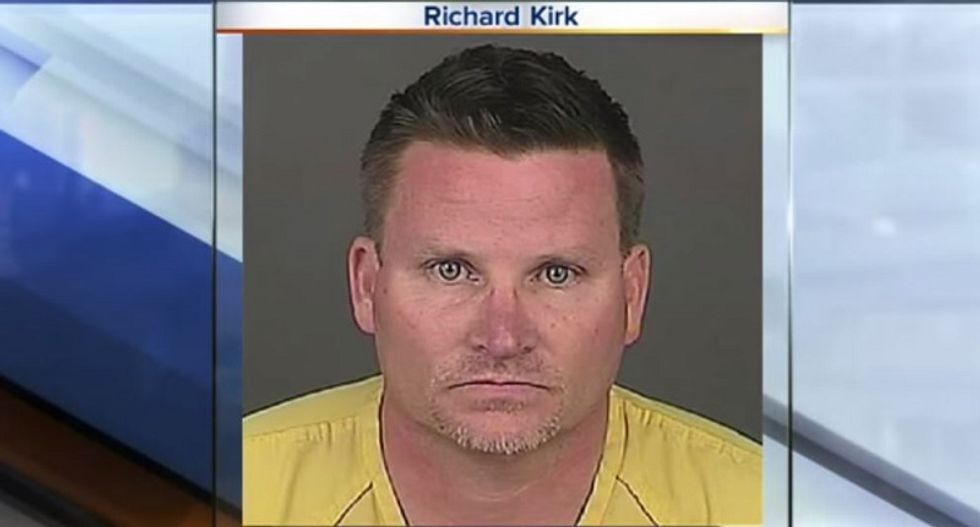 As the push to legalize marijuana nationwide grows, a first-of-its-kind case in Colorado is shaking the industry. A man who killed his wife is claiming as an excuse that weed made him do it, the Daily Beast reports.

Richard Kirk shot his wife and killed her in April 2014 -- after Kristine Kirk told a police dispatcher he was hallucinating. Hours earlier, Richard Kirk had eaten “Karma Kandy Orange Ginger,” a marijuana edible he had bought at a dispensary called Nutritional Elements.

Kirk has claimed the edible made him kill his wife and has plead guilty by reason of insanity. His wife's family is suing the seller for failing to adequately warn customers of risks. Both the suit and Kirk's plea raise legal questions about pot in the first state to legalize its recreational use.

By all accounts, Kirk was acting bizarrely on the night of the murder. His wife called 911 saying he was crawling in and out of the first floor window for no reason, and that he had fallen asleep in his son's bed, forcing her to drag him out. When he awoke, he asked her to kill him, to which she responded, “Fine, I’ll do it, just give me the gun."

In the call, she can be heard begging her husband to "stay away from the gun" before he shoots and kills her, the Daily Beast reports. By the time police arrived, she was already dead.

According to the Daily Beast, the claims that marijuana lead Kirk to kill his wife are rocking the legalization front, and "while the argument that the marijuana edible caused Kirk to more or less lose his mind has been widely explored, the potential that it’s a convenient scapegoat has not."

“If you eat too much marijuana, you have hot flashes and cold flashes and then you get under the covers and pass out,” Steve Horwitz of Ganja Gourmet told the Daily Beast. “You don’t start waving a gun around.”

And while science has shown THC can cause acute psychosis, there's been no link drawn between this psychosis and violence.

“There is not a strong link between psychosis and violence,” Dr. Marie Josee Lynch, an addiction psychiatry fellow at Veterans Affairs, told the Daily Beast. “There is a tiny increase when people are psychotic but when you look at large groups of the population it doesn’t pan out. That’s unfortunately not mentioned in the media.”

Forensic psychologist Steve Pitt further cast doubt on the link between Kirk's edible ingestion and his wife's murder in an interview with CBS last year.

Signs point to marital discord between the couple in the days leading up to Kristine's death, including financial problems and, in one incident, Kristine telling a co-worker her husband had "cursed angrily" at her, and it left her afraid.

“The substance-use piece may or may not be a red herring,” Pitt told the station. “At the end of the day, he’s not going to be found insane because of some edible marijuana he ingested. If he’s legally insane, it will be because he has a mental disease or defect that is separate and apart from his substance use.”