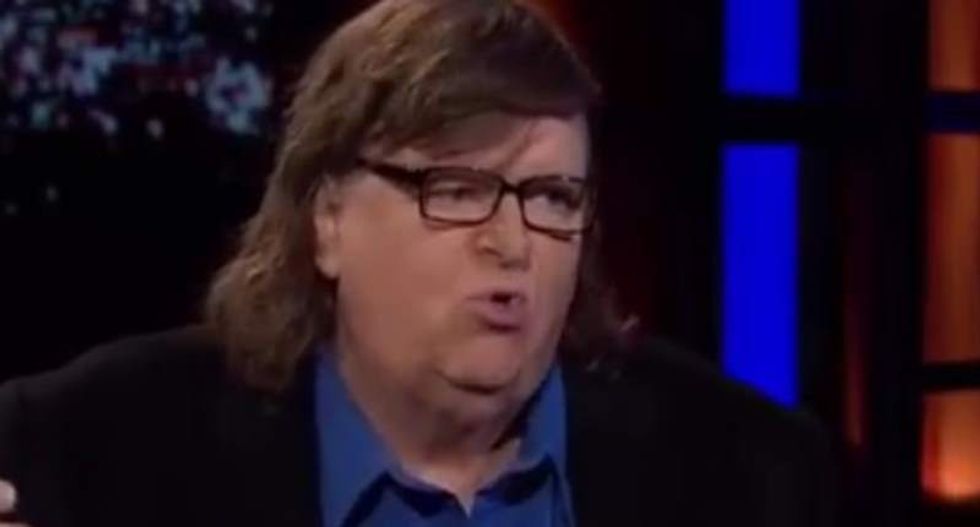 Filmmaker Michael Moore tore into Michigan Gov. Rick Snyder (R) and his administration on Friday over his handling of the water crisis in Flint.

"They did it because it's a black city, a poor city," Moore told Real Time host Bill Maher. "They wouldn't do this to Bloomfield Hills or Ann Arbor or Grosse Pointe. This was a hate crime -- it was a hate crime based on this race hatred of this particular party."

The poisoning of the city's water supply, Moore argued, was not about lead or even infrastructure.

"This was a decision made by a Republican governor to give the rich in Michigan a $1 billion tax break," he said. "And then when they had $1 billion less dollars in the budget, it was like 'OK, what are we gonna do? We gotta cut back on services -- anybody got any ideas?'"

"I'm very upset that President Obama went there and drank a glass of water and said, 'It's OK everybody to drink the water,'" he said. "It was just a stunning, sad thing to see happen."

"Because he took the light off of it?" Maher asked.

"Completely," Moore said. "No one's gonna worry about it [anymore] ... It's really shameful that he did that."