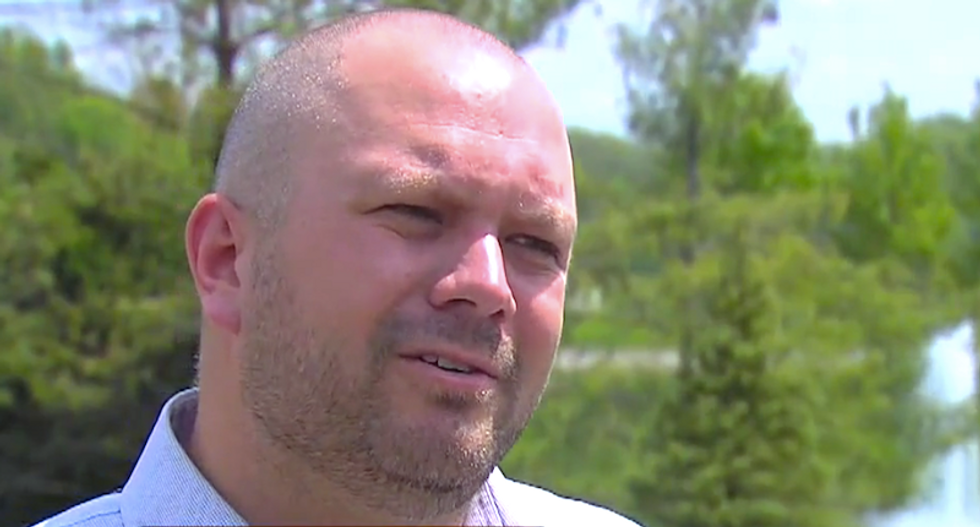 A Michigan father pulled all three of his sons out of school until administrators explain to him why a girl was allowed to use the boys' restroom.

Matt Stewart said his 9-year-old son told him a girl who identifies as a boy was permitted to use the restroom alongside him at Southwest Elementary School in Livington, reported the Detroit Free Press.

“My son informed me there was a girl in the bathroom with him and the other kids in his class,” Stewart told WXYZ-TV.

He said a staff member was present when several children used the boys' restroom at the same time.

“She was instructed to look at the wall, don’t look, and there was a conversation with my 9-year-old about standing closer to the urinals," Stewart told WDIV-TV.

Related: How did public bathrooms get to be separated by sex in the first place?

Stewart has demanded answers from the Howell Public Schools Board of Education, but he said administrators cited privacy rules and have declined to comment on the matter -- so he's keeping his boys, who are all under age 10, home in protest.

He said school employees told his son he could use a single-person restroom if he felt uncomfortable using the restroom alongside his classmate.

“Our son was initially confused and he talked about this in a manner where he almost felt as if he was doing something wrong,” Stewart said.

The school board president, Michael Yenshaw, said the matter had not reached the board, and the vice president, Stacy Pasini, declined comment.

Yenhaw said the matter did not relate to any immediate threat to public safety, and he also said the district may be limited by the federal Family Educational Rights and Privacy Act in releasing information about a student's private education records.

Stewart said neither the superintendent nor the school principal would confirm whether the third-grade student was transgender, again citing privacy rules.

The father filed a Freedom of Information Act request seeking an approved policy on transgender students using the restroom, but school officials told him the district had not adopted one.

Stewart said Superintendent Erin MacGregor "took ownership" of a decision to allow students to use the bathroom of their choosing -- but the father said that was not satisfactory.

“This was (decided) quietly, behind closed doors,” Stewart said.

The issue has provoked protests and even random acts of violence since North Carolina passed House Bill 2, which prohibits transgender people from using public restrooms that don't match the gender on their birth certificate.

The U.S. Department of Education issued a non-binding directive asking schools to permit transgender students to use the restroom that corresponds with their gender identity -- but 11 states have sued the Obama administration over the issue.

Michigan, however, is not among those states.

“The bottom line: A 9-year-old girl is in the boys' bathroom with my son,” the father said, saying no safeguards were in place to keep the girl from walking out of a bathroom stall and see a boy urinating.