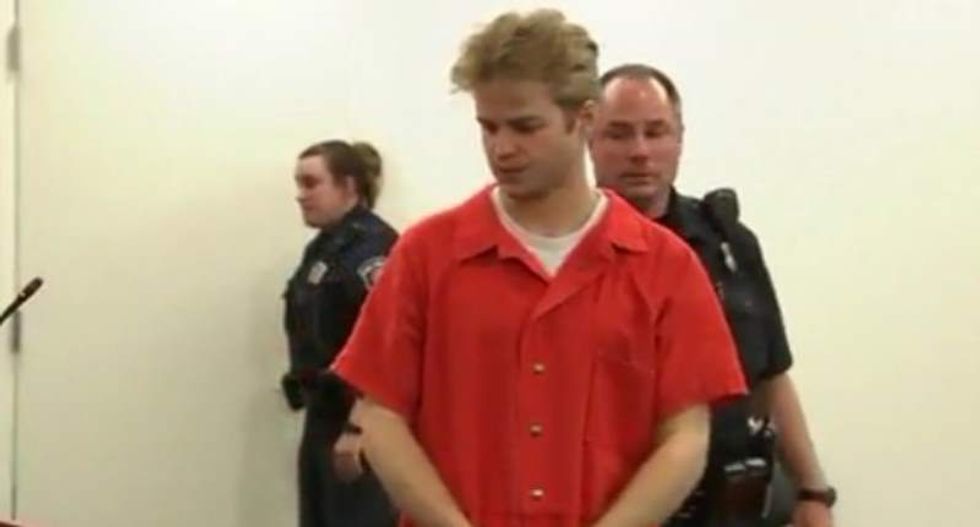 A 29-year-old Ann Arbor, Michigan man admitted to spraying rat poison over food and salad bars at several grocery stores, but added that he thought someone was trying to poison him, WJBK-TV reported.

Kyle Andrew Bessemer was charged on Thursday with poisoning causing property damage and poisoning in connection with his actions inside a local Whole Foods market on April 24. Security cameras show him entering the store, one of three he targeted.

"It's a very scary crime that happened," Washtenaw County prosecutor Brian Mackie said. "Thankfully as far as we know, nobody has been hurt."

Prosecutors said that the suspect bought "an anti-coagulant that causes rats to internally bleed" two days before he went into the Whole Foods store and two other markets to spray it. The poison was allegedly mixed with hand cleaner and water.

"He's going all over pouring this rat poison because he knows people are going to ingest it," Mackie said.

Federal officials are investigating 12 other stores around Ann Arbor and other cities to see if Bessemer also sprayed the poison there. However, the stores have not been deemed unsafe for shoppers.

The suspect is being held on a $250,000 cash bond, but must go on house arrest if he posts it per a court order. Authorities said Bessemer has a history of mental illness, and lives off of supplemental security income as well as money given to him by his father.

Watch WJBK's report, as aired on Thursday, below.