Mississippi governor says anti-LGBT laws aren’t enough: Everyone has to like them, too! 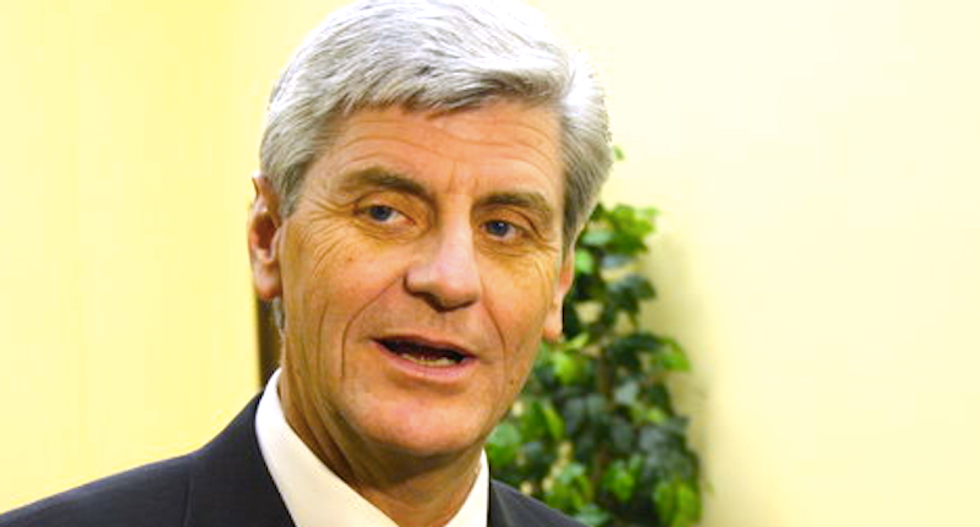 Mississippi Gov. Phil Bryant complained Christians are still being bullied in his state because not everyone agrees with their interpretation of a law that permits discrimination against LGBT people.

Bryant insisted the law was intended to prevent discrimination against Christians by allowing them to deny service, housing, medical treatment and some government documents to LGBT people or even unmarried couples -- so long as they claim a religious objection.

The ACLU is challenging portions of the law that permit discrimination against same-sex couples by arguing the law violates the U.S. Supreme Court ruling on marriage equality, and Bryant complained the civil rights group was "bullying" Christians in his state, reported Right Wing Watch.

“I mean, they cherry-pick these issues," Bryant said during an appearance on a religious-right radio program. "If they had any integrity at all, they would say, ‘We understand Mississippi is actually trying to make sure that Christians and people of other faiths are not discriminated against.’ It is a nondiscriminatory law. It prevents discrimination against simply that segment of the population that has a deeply held religious view about marriage.”

The Republican governor whined that “dear friend Pat McCrory,” the governor of North Carolina, is also facing a political and corporate backlash after signing a similar anti-LGBT law.

Bryant complained that Christians were facing discrimination from anyone who disagreed with their interpretation of the law as one that protected the rights of religious people to practice their faith.

"We’re criticized, we’re threatened, we’re bullied, we’re told by corporations that we’re doing the wrong thing?” Bryant said. “Where on earth have we come to simply say, ‘I do not wish my daughter in her school or in her university to have to have a male in the shower and in the dressing room and in the restrooms.’”

Despite court challenges, directives from the U.S. Department of Justice and boycotts against their states, Bryant said he was certain he and his counterpart in North Carolina had significant support nationwide.

“I think the rest of the nation is beginning to wake up and say, ‘What world do they think we’re living in? This is not Hollywood, this is not more liberal areas, this is America, where common sense still prevails,'" Bryant said.