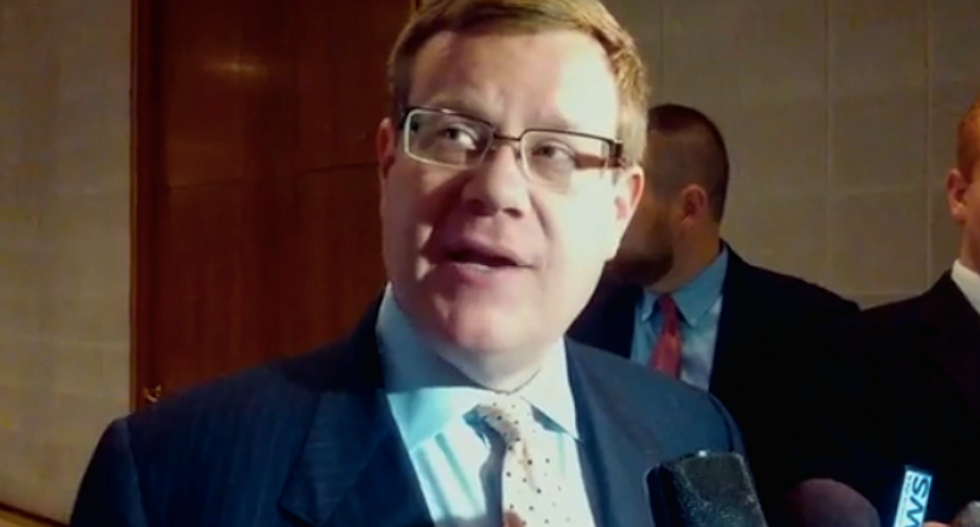 The U.S. Department of Justice on Wednesday found the law violated the federal Civil Rights Act and Title IX, and officials ordered lawmakers to comply with those laws by next week or risk billions of dollars in federal education funding.

But House Speaker Tim Moore indicated Thursday that he and his fellow Republicans had no intention of meeting the federally mandated deadline, reported The News & Observer.

“We will take no action by Monday,” Moore said. “That deadline will come and go. We don’t ever want to lose any money, but we’re not going to get bullied by the Obama administration to take action prior to Monday’s date. That’s not how this works.”

His GOP counterpart in the state senate was a bit more ambiguous, but he didn't think lawmakers would do anything to change House Bill 2 -- which led to boycotts, canceled concerts and halted business deals since Gov. Pat McCrory signed the measure into law.

One of their fellow Republicans, state Rep. Mark Walker, sniffed that Bruce Springsteen was a "bully" after the rock legend canceled a concert appearance over HB2.

“Bruce is known to be on the radical left,” Walker said. “He’s got every right to be so, but I consider this a bully tactic. It’s like when a kid gets upset and says he’s going to take his ball and go home.”

The Christian Action League of North Carolina -- one of the primary backers of the controversial law -- offered a scenery-chewing statement urging GOP lawmakers to disobey the Obama administration.

“At the hands of his henchmen in the U.S. Department of Justice, King Obama has delivered his message of intimidation to the state of North Carolina,” said Mark Creech, the group's executive director, on Facebook. “The Great Pontiff of Political Correctness holds the educational futures of our state’s children hostage, while dangling the money bags of federal funds over their heads, demanding in exchange North Carolina bow to the madness of obliterating male and female distinctives (sic).”

“HB2 became law in less than 12 hours,” said Rep. Cecil Brockman (D-High Point). “Five days should be more than enough time to decide how to clean up after it.”

Watch this video of Moore's remarks posted online by The News & Observer: