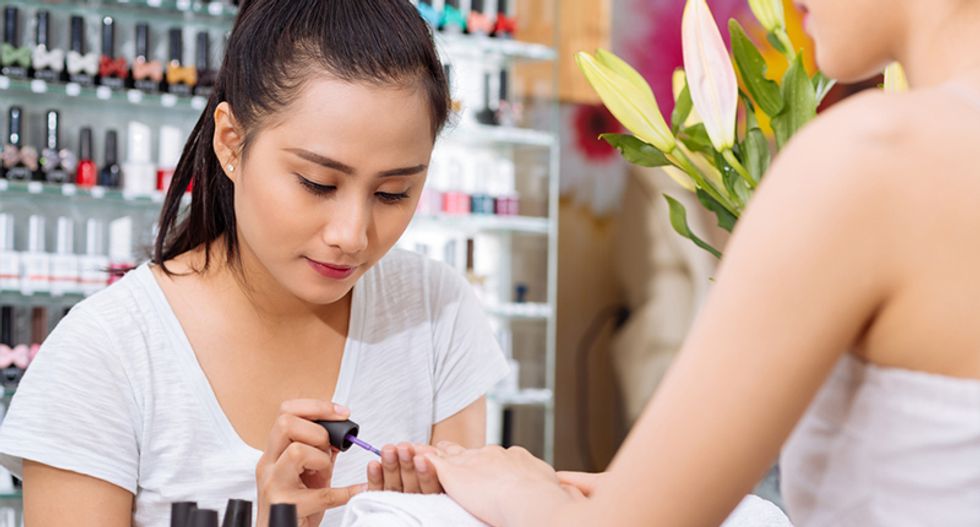 According to the Nail Salon Industry Enforcement Task Force that New York Gov. Andrew Cuomo started last year, 143 salons will be forced to repay 652 workers, who were paid less than minimum wage. Some of these workers were also illegally refused overtime, the New York Daily News reports. The total damages amount to $2 million in denied wages.

“New York State is cracking down like never before on the unscrupulous individuals that take advantage of the hardworking people they employ,” Cuomo said. “A fair day’s wage for a fair day’s work is a principle that this state was built upon and this administration is committed to stopping employers who exploit workers and deny them what they are rightfully owed.”

The task force was started last year to investigate 450 salons at random and many were caught paying well below minimum wage, nine dollars in New York. Some nail techs were paid just $200 for 40 to 50-hour work weeks. Some salons wouldn't pay new or unlicensed workers at all for their first few weeks on the job.

The state also commissioned a “Nail Salon Workers’ Bill of Rights,” which all salons will be required to post in a public visible place that outline wages for the workers and safety requirements.