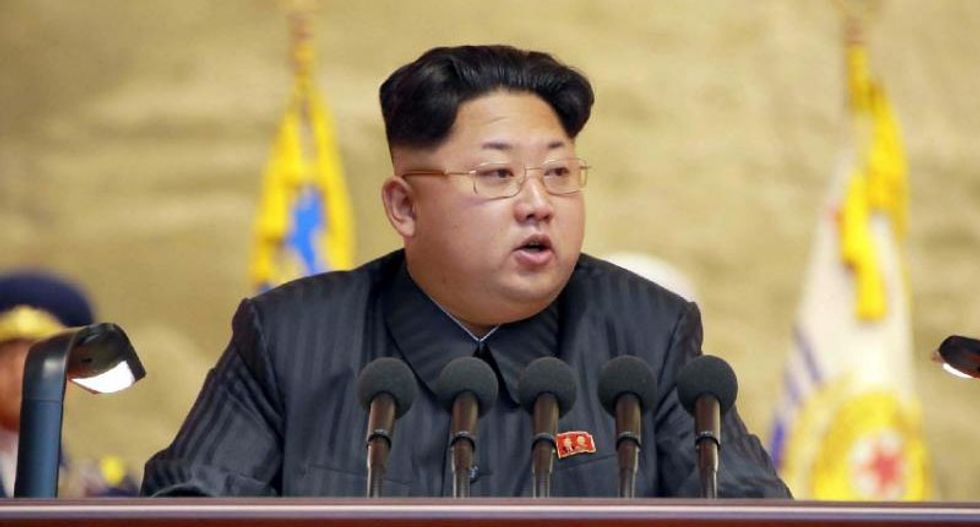 North Korea on Friday kicked off its biggest political show for a generation, aimed at cementing the absolute rule of leader Kim Jong-Un and shadowed by the possibility of an imminent nuclear test.

The first ruling party congress for nearly 40 years drew thousands of selected delegates from across the country to Pyongyang for what, in theory at least, was a gathering of North Korea's top decision-making body.

The 33-year-old Kim, who was not even born when the last Workers' Party Congress was held in 1980, was expected to deliver a keynote address which will be minutely scrutinized for any policy shift or personnel changes in the governing elite.

The 1980 gathering was staged to crown Kim's father Kim Jong-Il as heir apparent to his own father, the North's founding leader Kim Il-Sung.

The current congress was understood to have begun Friday morning inside the imposing April 25 Palace, whose facade was adorned with huge portraits of the two late leaders, along with giant red and gold ruling party banners.

The more than 100 foreign journalists invited to cover the event were not allowed inside and were restricted to taking photos and video footage from a spot 200 metres (yards) away in the light drizzle falling on the capital.

At one point, two announcers, working in tandem, spent 30 minutes reading out a lengthy commentary on the party's achievements that had been published earlier by the North's official KCNA news agency.

While the agenda -- and even the duration -- of the congress remains unknown, its main objective is widely seen as confirming Kim Jong-Un's status as legitimate inheritor of the Kim family's dynastic rule which spans almost seven decades.

The congress is also expected to confirm as party doctrine Kim's "byungjin" policy of pursuing nuclear weapons in tandem with economic development.

Ahead of the gathering, national and Workers' Party flags lined the broad, rainswept streets of Pyongyang, while banners carried slogans such as "Great comrades Kim Il-Sung and Kim Jong-Il will always be with us".

Another slogan stretched across the street defiantly proclaimed: "Defend the headquarters of the Korean revolution at the cost of our lives."

Since Kim took power after the death of his father in December 2011, North Korea has carried out two nuclear tests and two successful space rocket launches that were widely seen as disguised ballistic missile tests.

Even as the international community responded with condemnation and sanctions, Kim pressed ahead with a single-minded drive for a credible nuclear deterrent with additional missile and technical tests.

There has been widespread speculation about the North preparing another nuclear test to coincide with the congress, as a defiant gesture of strength and intent.

Just hours before the party congress opened, the North's Committee for the Peaceful Reunification of Korea issued a statement underlining the country's status as a genuine, and unapologetic, nuclear power.

"Regardless of whether someone recognises it or not, our status as a nuclear state that is armed with H-bombs cannot change," the statement said.

Officials in Seoul said they expected the party congress to last four days, with the opening day devoted to Kim's speech and a lengthy report on the party's achievements.

State television set the tone with an announcer voicing the people's "deepest gratitude" to Kim for preparing this "grand political festival".

Passers-by who agreed to talk to the media outside the congress venue stuck closely to the official line.

"As long as the great leader Kim Jong-Un is in charge, the future will be bright and successful," said one young man, Kim Kwang-Nim.

Among its other tasks, the congress will elect a new party central committee, which in turn selects the party politburo.

Some analysts predict significant personnel changes as Kim brings in a younger generation of leaders picked for their loyalty.

Preparing for the congress involved mobilising the entire country in a 70-day campaign that New York-based Human Rights Watch denounced as a mass exercise in forced labour.