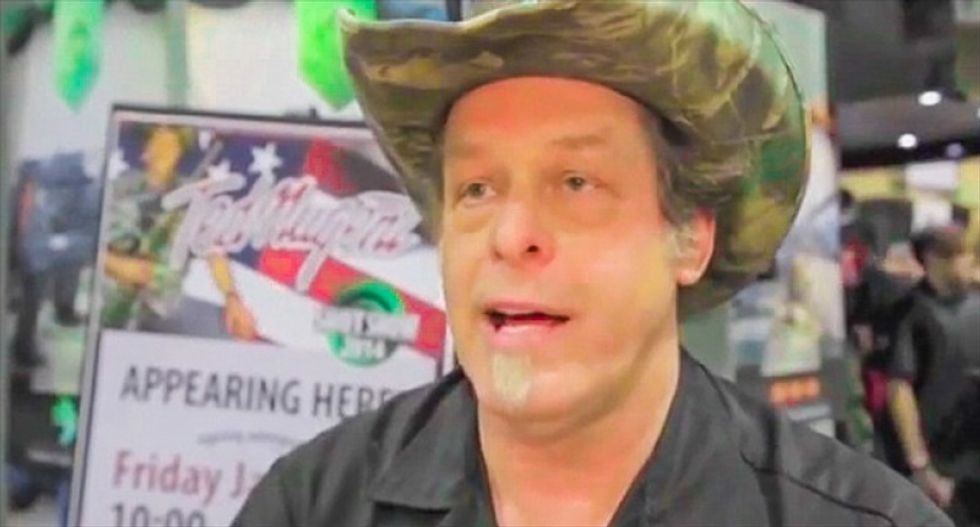 Proud card-carrying NRA board member and habitual racist, anti-Semite Ted Nugent had another ragespasm Wednesday on his Facebook page. The aging rocker posted a fake video of Sen. Bernie Sanders (I-VT) taking out a gun and shooting Democratic opponent Hillary Clinton, according to Media Matters.

"I got your guncontrol right here bitch!" Nugent posted. 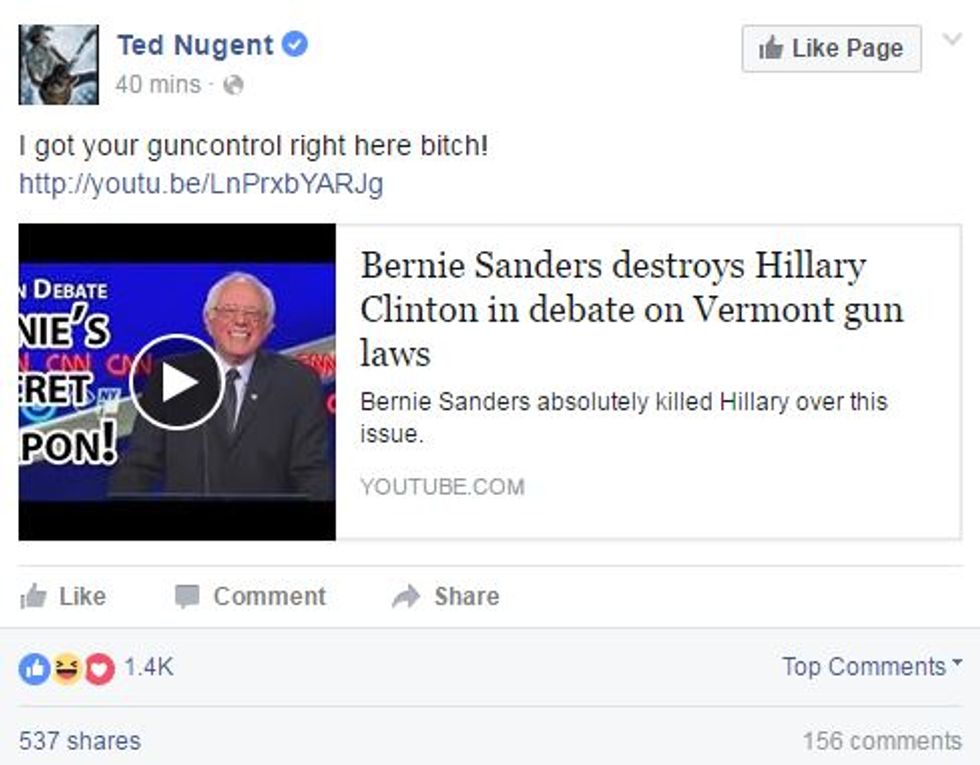 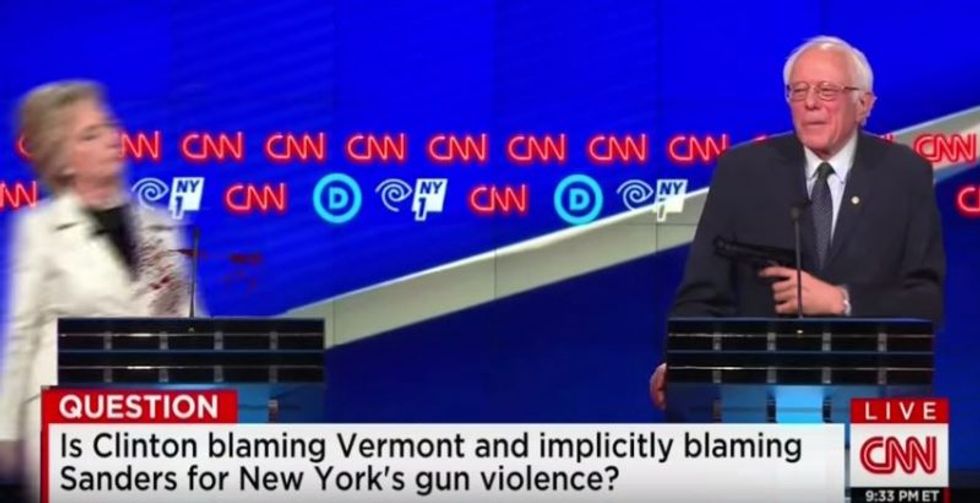 Nugent is scheduled to speak at the NRA's annual meeting where he will deliver a speech titled "2016 Election: Do or Die for America and Freedom." The excerpt on the NRA's site quotes, “The Obama/Clinton liberal Democrat gang is maniacal in their attack on all things individual rights, truth, logic, common sense and The American Way. Are there enough of us willing to do battle with these evil forces?”