Occupation of Massachusetts Catholic church to end after 12 years 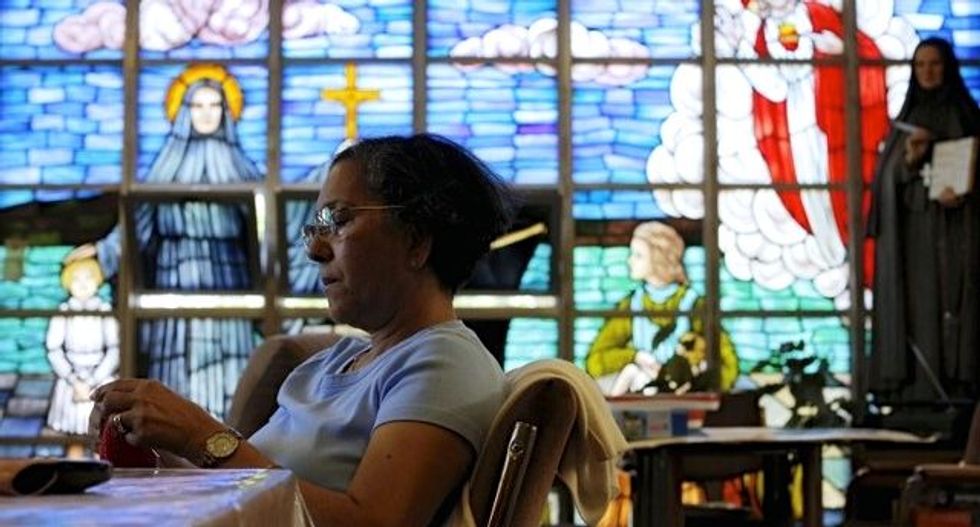 The occupation of a Massachusetts Roman Catholic church to prevent its closure will end now that the Supreme Court has declined to hear the case brought by people who have held their ground for 12 years, the Friends of St. Frances Xavier Cabrini said on Monday.

"We made this deal with the lower courts that we would vacate the premises within 14 days of the Supreme Court decision," said Jon Rogers, a leader of the Friends' group. "From the very beginning we have promised to exhaust every avenue of appeal available to us and we have now done that."

The occupation dates back to the early days of the U.S. clergy sex abuse scandal when the Archdiocese of Boston decided to close and sell some 70 churches to cover its legal costs.

Rogers said the parishioners would hold a farewell celebration at the church in Scituate, about 25 miles (40 km) southeast of Boston, on Sunday, May 29, and end their occupation.

Working in shifts since 2004, the group of about 100 people have maintained a constant presence in St. Frances Xavier Cabrini Church, which was built in the 1960s.

Initially, it was one of more than a dozen Boston-area Catholic churches occupied by parishioners, but the other groups either lost in the courts or abandoned their efforts.

They have held regular prayer services, but without the involvement of a priest the church did not offer Masses.

The parishioners contended that since their donations had paid for the church to be built, they were entitled to a say in its closing. The church is on 30 acres (12 hectares) of waterfront land.

Lower courts repeatedly rejected their reasoning and last year a state court ruled that the group was trespassing.

Terrence Donilon, a spokesman for the archdiocese, said in an e-mail that the church was pleased with the court's decision.

Rogers said that after leaving the church, his group would gather in a new location and attempt to reach out to former Catholics who have drifted away from the church since the clergy sex abuse scandal surfaced in 2002.

"Although it is bittersweet that our spiritual home will be destroyed, we are excited about filling the void that has been left," Rogers said in a telephone interview.